Day 1 of Ultra Music Festival Miami was an absolute blast and it was going to take a lot to surpass the levels of pure excitement and energy that exuded from the LEDs, the rambunctious crowd, and the DJs from all over the world on day 1. However, it was done. The levels were surpassed and day two of Florida’s hottest electronic music festival 1-upped itself with some surprise sets, some amazing live visuals, and a fantastic sense of improving upon the previous day. 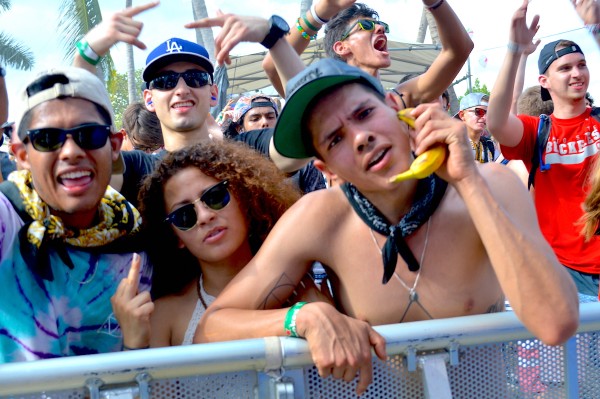 To be honest, we stuck mostly to two stages today, straying from them but one time to catch a set from the mysterious masked producer, Malaa. I’ll start with this. Playing music out much in the fashion of Confessions label-head, Tchami, Malaa lended the trending future bass sound to his drops and got the crowd going nuts.

But the real thing to point out about Malaa was his stage presence. It felt intimidating, which is totally what he was going for. With his black ski mask on, showing no skin whatsoever save for a sliver around the eyes and mouth, and dresses from head to toe in black including a leather torso piece and black gloves. But even more intimidating were the men standing shoulder to shoulder behind him dressed exactly the same and crossing their arms as if to say, “mess with Malaa, we’ll break every last one of your fingers.” Not to mention, his camera guy was dressed exactly the same as well.

Who is Malaa? The world may never know.

Moving on from there, we stuck day 2 out mostly at the UMF Radio Stage hosted by OWSLA, and at the Ultra Live Stage. In my humble opinion, there was no where else to be. The OWSLA stage played host to artists like Vindata, Mija, Getter, Wiwek, and a very special OWSLA All-Stars set. Meanwhile the Live Stage housed Icona Pop, AlunaGeorge, Crystal Castles, Nero, and a last-minute set from Deadmau5, who kindly stepped in for The Prodigy. 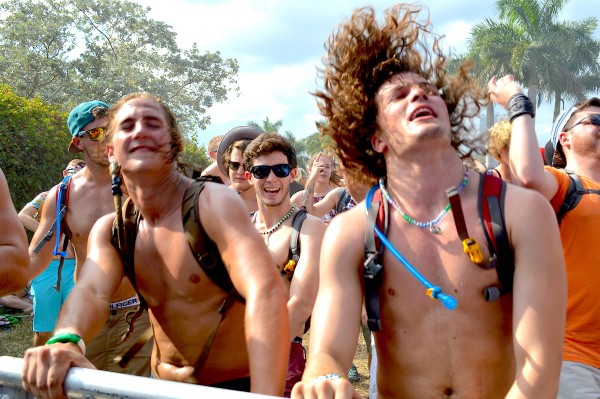 Vindata was an act I had never heard of but was pleasantly surprised by their heavily bass-driven sound. People were losing their minds at every head-numbing build and heart-rattling drop. A special surprise track dropped by Vindata at the end of the set when everyone’s favorite teal-haired AZ native, Mija, came onto the stage with the duo to drop a brand new collab. Possessing more of a melodic bass drop, it was a perfect way to close out their already stellar set.

Meanwhile, the festival closing set from the OWSLA All-Stars was an amazing time. The music was angry and vicious as usual, but what made this set was watching these four guys (Snails, Getter, Valentino Khan, and Team EZY) go back and forth trying to one up eachother. Building up with a hot track and dropping into some madness of a drop, shaking the entire audience was expected, but it was moments like when Snails dropped into what was expected to be something massive, yet surprised us all with Enya’s “Only Time.” Laughs would ensue and the crowd all whipped out their cell phones and lighters for a moment of peace. Overall, this set was a great amount of fun.

There is another set in particular that I’d like to talk about from the OWSLA stage, but I am going to save that for a bit further down, because I believe that it is quite possibly the best set that will be played at UMF, so… hold for that. 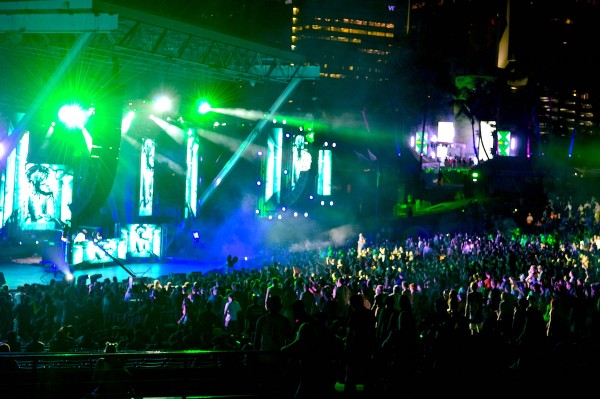 Over to the Live Stage, what a night it was over here. Icona Pop, one of the first acts of the day, got the energy going and packed out a stage at 345 in the afternoon. The two of them would alternate between spinning and singing, while the had two guys standing in on keyboards on either side of the stage. Their liveliness was infectious as the would sprint from one side of the stage to the other, getting the crowd jumping to their pop/electro tunes.

Other performances on day 2 at the Live Stage included AlunaGeorge and Crystal Castles; two very different artists. AlunaGeorge crooned her heart out while her counterpart destroyed it on the drums. She had a strut to her, completely owning the stage and once again reminding us why music is best experienced live. 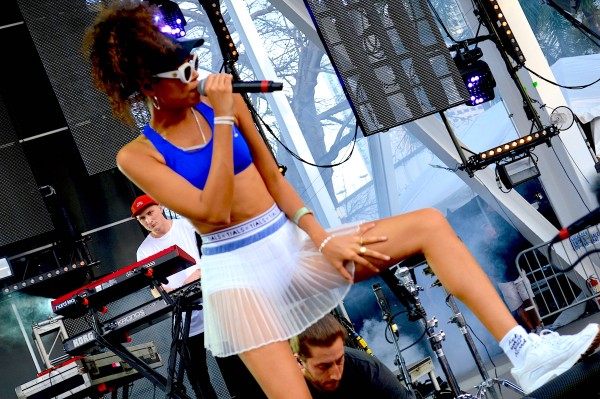 Meanwhile, Crystal Castles was tough to catch a glimpse of given how full the audience was during their set, but from what I could see their set-up and lighting perfectly matched up to the atmosphere that they create with their sound. The groups new vocalist, Edith Frances, provided the same raw energy that her predecessor, Alice Glass, brought to the group, freaking everyone out with sharp body movements and a complete lack of regard for what a sane person might look like dancing on the stage. Singing the groups classics with ease, I believe Edith will have a long-standing spot in Crystal Castles’ existence.

But the two most important sets to talk about for the night are Nero Live and Deadmau5’s surprise fill-in. 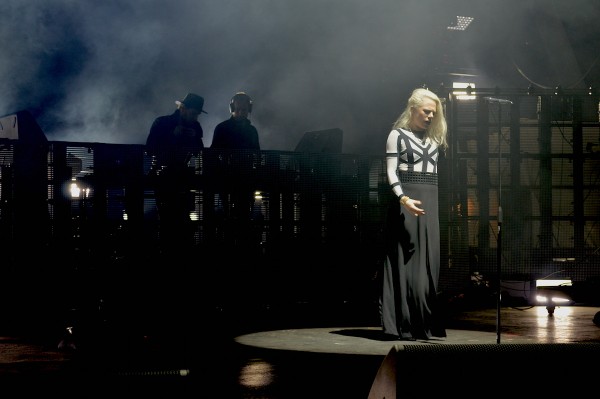 Nero was toxic. From beginning to end, Alana and the boys completely commanded the stage, opening with “Satisfy” and never letting up until it ended. The audience was entirely enraptured by the seduction carried by Alana’s presence and the mysterious silhouettes of Dan Stephens and Joe Ray lingering in the background. I even saw one guy on the shoulders of another, belting EVERY SINGLE LYRIC accurately, and moving his arms with every beat that shot from the speakers. People were into it. Nero played their classics like “Crush on You”, “Promises”, and more, but also showcased a number of tracks off of their recently released Between II Worlds. This was one to catch for sure.

But also, lets quickly mention Deadmau5‘s set for which he replaced The Prodigy extremely last minute. Kicking it off by messing with the crowd in traditional Joel-troll fashion by sending a guy out in a sheet, leading everyone to believe that it was him. Of course it wasn’t. The Mau5 popped up as the ghost took to the stage and shooed him away as the crowd erupted in applause. 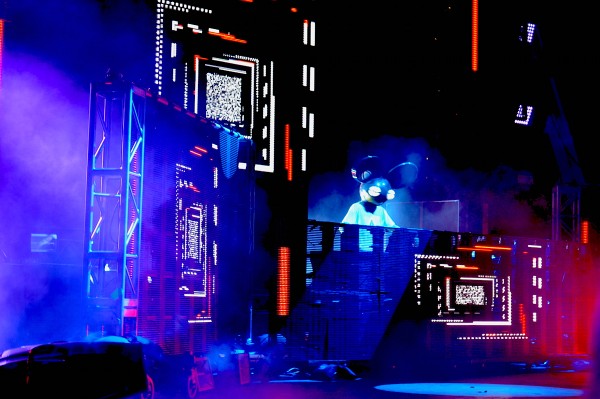 The set was everything you’d expect from Deadmau5: intense builds, long draws of bass, and the progressive masterpieces that we have built our Deadmau5 admiration with over the years. Standing at the front of at the back of the crowd held equal significance, but in different ways. Standing close you could feel the intensity of the physical traits that sound possesses; while standing far away, you could behold the majesty that an act like Deadmau5 carries.

Now as I mentioned before, the set of the night was none of these. The set of the night came from the OWSLA stage, and boy am I glad that I got to be a part of it. Not only did it ooze filthiness, but it was energetic, it was silly, it got massive crowd engagement, it played into pop culture tropes, they were throwing out free t-shirts, the DJ made faces to reflect how disgusting each drop made us feel. The set of the night, hands down, went to Getter. 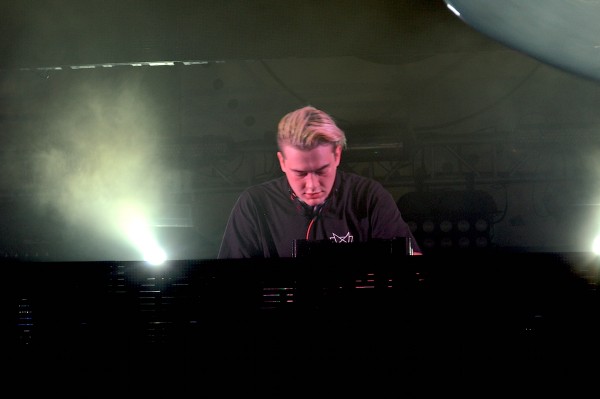 Getter knew exactly what his audience wanted and he delivered. As we know, Getter has become somewhat of a pop culture icon as of late with Suh Dude, and as he has said, the whole idea behind his brand is just him being him. It shows in his sets too. Bringing his BFF Nick Colletti up on stage to drop “Suh Dude”, playing the Spongebob theme along with some visuals from under the sea, getting DJ Snake up on stage to drop a track, playing music from his latest EP Radical Dude, and playing out some brand new music including a final track that was seemed a bit of a pace change for the producer, Getter set Ultra on fire Saturday night.

Sound better than night 1 to you? I don’t quite see how it couldn’t? Ultra Day 3 has begun, and we will be there to fill you in on all the happenings. Stay tuned!