Ellie Goulding has been a peculiar Indie-pop crooner and sensation that has not only taken the pop world by storm with her unique style of strained and throaty female soprano, but has also taken the full dive into EDM by collaborating with present heavyweights such as Calvin Harris, DJ Fresh, and Major Lazer. Even with her more recent releases, Ellie has displayed a change in her music going from traditional singer-songwriter style to having more electro-pop values mixed in with it to keep up with the times. Almost creating a phenomenon with her vocal style, various female artists like Bebe Rexha and Alessia Cara have also achieved pop success with presenting their music in a similar husky, yet undeniably soprano style that has been the sound of the moment in both pop and EDM. 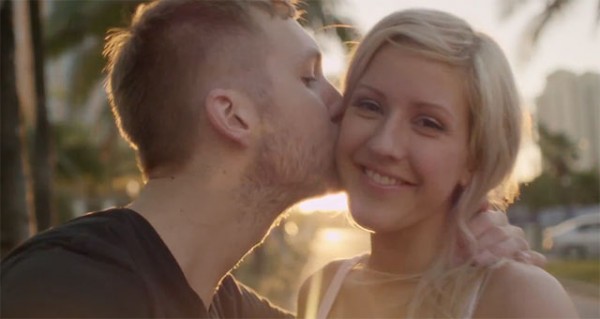 On the 31st of March, 2016, The Guardian released an interview with Ellie Goulding revealing not only her more personal side, but revelations of a future Calvin Harris / Ellie Goulding future collab. While the interview was trying to pry information about the track from her, all she could reveal was that “it also features a male singer who isn’t Justin Bieber. That’s all you’re getting.” Ellie is definitely keeping herself quiet for this upcoming release, but you have heard from the horse’s mouth: there will be another Calvin Harris / Ellie Goulding masterpiece (hopefully).

The only advice we can give you is to stay vigilant on YouTube, and definitely keep your eyes peeled for a leak as the coming months stretch on into the summer. For all we know, this might not even be a single, but wouldn’t you think it to be foolish if Ellie Goulding wasn’t put on a mass-release banger this summer? 2016 is already shaping out to be a whirlwind of a year in both music and world news, but I’m sure fans would be livid if a new Calvin Harris / Ellie Goulding piece wasn’t released worldwide commercially.