The King of Bass-Heavy House in America AC Slater (real name: Aaron Clevenger) has begun a lengthy career for himself by fusing elements of house music with the dirty basslines of UK garage and sprinkles of old-school rave synths and breaks. From starting an impressive three labels, including the infamous Night Bass, to touring all across the nation and releasing an arsenal of completely fire music, this guy knows what he is doing and on top of it all he is considered one of the nicest and most down to earth people in the music industry. 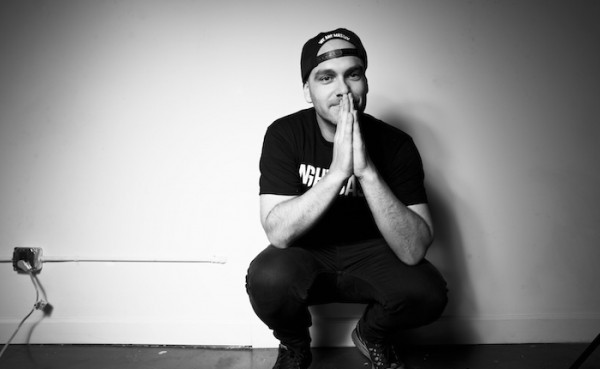 We got a chance to ask the King himself some questions in preparation for his CRSSD Festival debut, headlining 25+ stop North American tour, Night Bass, and much more. Within the first couple of questions, you’ll easily be able to tell how genuine Aaron really is and why he has been able to create the position that he has for himself.

Night Bass as a label has seen a tremendous amount of growth in the last year. You’ve brought out several new artists, have released four volumes, and several aritsts’ EP’s, How does it feel to have seen such great success being the king of Night Bass?

It feels good to hear you say that, but I’m still working on getting it to where I want it to be. My goal with Night Bass is to share and spread the music I love, to help promote my friends who make great original music, and to discover and introduce new artists. It’s bigger than me, and it’s bigger than the music. It’s a movement and a community.

How did the original idea to start your own label come up and did you ever think at the beginning it would be where it is now?

This is my 3rd label. I’ve always wanted to share my musical tastes with whoever will listen, but I’ve never had as strong of a vision as I do with Night Bass. The people around me were making quality music and I was doing the Night Bass events, so it just made sense. I’m happy people have rallied around it, the music speaks for itself.

How is Night Bass different from any other label around right now, and how do you try to keep that image as specific as possible?

Our fans trust Night Bass to put out good music that fits their taste. They also trust it to introduce them to new and exciting artists and sounds. As far as the image and sound of the label, it’s basically all music that I would play in a set, but with it’s own originality and personality. It’s that simple.

Has the label played a role in fostering relationships between yourself and several other artists, such as Jack Beats, Chris Lorenzo, Sinden, Bijou and more?

For a lot of the artists we’ve all known each other and worked together for many years, we’re truly friends. For the newer artists it’s been an introduction into that side of the scene, where relationships and integrity are more important than play counts, likes, retweets and blog coverage. All I want to do is work with cool people and work on great projects.

Since Bijou is a hometown hero of ours, could you tell us a little bit about him and what made him stand out to you as an artist?

I learned about him through a collaboration he did with Vanilla Ace that we released. I met him briefly a couple of times and he kept sending me music. It’s that simple. He fits a niche in our spectrum that I don’t release a lot of, it’s a little more toned down and groovy. I release a lot of heavier music, but that more restrained sound is important in the story of Night Bass.

You’re coming up on your CRSSD Festival performance where you’ve never spun before if I’m correct. The show will also be by the beach with an amazing ocean view. What are you most looking forward to about CRSSD?

I went to CRSSD last year just to check it out and it was so awesome. I can’t wait to play there. It’s such a great atmosphere with a beautiful setting, musically-knowledgable crowd, and great happy vibes. It’s almost like a mini Coachella or something.

Just the night before you’ll be over the border in Arizona with us at Relentless Beats spinning at Monarch Theatre for the Renegade Tour. How excited are you to be a part of this tour with Destructo who shares a lot of the similar darker house vibes that Night Bass provides?

I’m playing a pre-party at CRSSED on Saturday afternoon, then jumping on a plane to Phoenix for Destructo’s tour, then back to San Diego Sunday morning for CRSSED! I’m so stoked to play the Renegade Tour with you guys. I played the Houston stop last week and it was a blast. At the end Destructo has everyone go b2b and it was just like a big fun jam playing all different kinds of random new and old music. I think Phoenix will be a big one!

Tell me a little bit about how your relationship with Destructo started and how you got that rolling?

We had were acquaintances for years, didn’t really cross paths much, but we really clicked when we had a gig in Hawaii together and hung out the whole time. Once we realized we have a very similar musical vision it was just a good mix. He’s been a big supporter of myself and Night Bass over the past couple years and I’m very grateful for that. We’ve put out a couple of his records on Night Bass as well.

Have you ever thought about a collaboration with Destructo since you blend such similar styles of music?

We actually started something a while back but haven’t finished it yet!

After your first busy week in October with CRSSD and more, you will be starting your own Fall 2016 tour kicking off everything November 4th in Indianapolis. Is there anything special on this tour that you can share with everyone? Possibly some sneak peaks of your new OWSLA album that will debut in 2017?

I’m in the studio up until November just pumping out as much music as I can for the album, so there will be a lot of new stuff to debut. On top of that you’ll get to hear all the new Night Bass releases we’re working on as usual.

One for all the producers out there, what are 3 plug ins that you can’t live without?

Craziest thing you’ve ever seen since being in the music industry?

Dance music at the Grammys. When I started that was unimaginable! Now our friends are up there winning awards. Very cool.

Don’t forget that AC Slater will be here this weekend, Saturday, October 1 at Monarch Theatre with the Renegade Tour, as well as CRSSD fest in San Diego this Sunday! Tickets to the Renegade Tour can be found right here if you do so wish to purchase them!

Follow AC Slater on all social media below as well to stay up to date with any new music or news!