Electronic dance music has certainly evolved into a movement that is beyond monumental. It has transcended the underground status that it began at during the 90’s and has become a popular mainstay that has yet to show signs of slowing down. Last year, however, Insomniac took it upon themselves to revive the original vibe of the 90’s underground warehouse party with it’s Factory 93 series. It was initiated as an homage to the types of gatherings that started it all.

Hosted at an expansive warehouse in Downtown Los Angeles, Factory 93 has shined a spotlight on some of the more underground sounds geared towards techno and tech-house featuring artists such as Hot Since 82 and Nicole Moudaber. This past weekend, though, Insomniac delved even deeper into an exploration of music by inviting Eric Prydz to headline their most recent event. This changed the game for what Factory 93 is to look like going forward, deepened the meaning of their mission within music, and added a layer of possibility as to the potential grandeur Insomniac could achieve with future Factor 93 events. It is safe to say this event was a milestone for them. 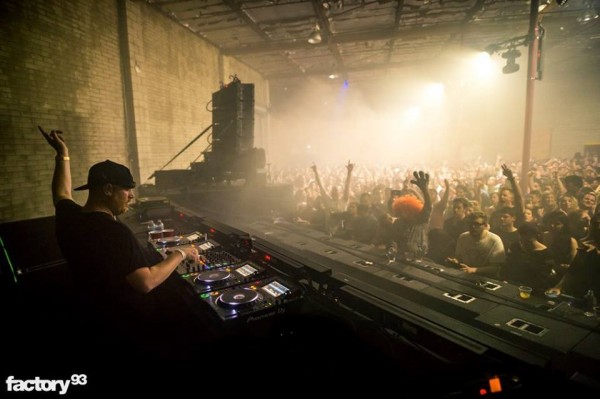 Attendees of the event were lucky enough to receive two nights of Pryda sets, so progressive house fans were certainly in for a treat being able to catch two nights of the legend himself. Remaining true to the ambiance of the 90’s warehouse party, setup and design were minimal. However, what the event purposefully lacked by way of design and decor was made up for in atmosphere and welcoming vibes. Pasquale Rotella has openly said that it is his intention, with his warehouse parties, to be reminiscent of the simplistic style of parties that took place in the earlier days of raving. Rotella is known for his dedication to the flawless execution of the events he hosts, and his Factory 93 events (although on the smaller end of the spectrum) are no exception.

Since the overall theme of Factory 93 is to remain true to that of the underground, Eric Prdyz‘s sets were reflective of that feel. Instead of dropping some of his larger hits like “Generate” and “Opus”, he decided to go the route of playing minimalistic tech-house playing tracks such as “In The Reds” and “Rebel XX.” Whether he’s playing as himself, Pryda, or Cirez D, Eric Prydz is always sure to deliver a unique and memorable experience. We hope to make it out to a Factory 93 show ourselves sometime in the near future! It looks like a great time. 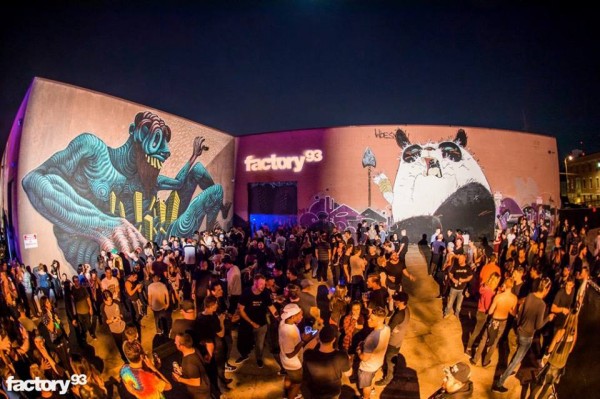