This past weekend, USC events put on it’s 6th annual Paradiso Music Festival at the gorgeous Gorge Amphitheater in George, Washington. The camping festival lasted from Thursday to Sunday with music performances on Friday and Saturday from the likes of Porter Robinson, Zeds Dead, Marshmello, Getter, K?D and so many more.

My experience with this festival is particularly interesting since it was my first outside Arizona. Our group chose to make the brutal 24-hour drive up to the center of WA that caused us to finally set up camp at 10:30 pm local time on Thursday. After we set up our tents we noticed that the entire campsite was alive with thousands of people wandering the rows and making new friends. As we began to explore we were met with energy and excitement for the days to come, some campers even set up DJ Booths and attracted large crowds. The whole night was an awesome preview for the next few days.

The Gorge Amphitheater is one of the most enchanting places I have ever been, and being there in person is impossible to explain. It’s crazy to think that someone stood on the top of that hill and said, “Let’s put a fat stage right here.” The beauty of the Gorge was only amplified by the excellence of the main stage production. Each stage had impressive A/V setups with giant screens, lights and plenty of lasers. 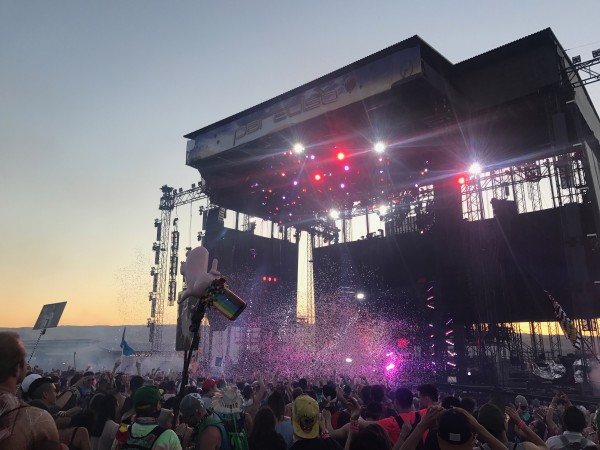 The Wreckage stage was especially incredible with large screens stretching across the crowd. The DJ booth was elevated to the top of the screens that created a strange disconnect from the artist–I bet their view was awesome though! The crowd at Wreckage was also noticeably livelier than either of the other stages which made for some truly amazing sets.

Some of my personal favorite acts at Paradiso were Boombox Cartel, Seven Lions, Zomboy, and Getter. Every artist seemed excited to be performing and in equal amazement of the setting as the crowd. This was the first time I’ve seen Boombox Cartel live, and I must say it was worth the wait, even with only one of them being able to perform.

Hydration was key and thankfully USC stressed it with giant marshmallow letters that said “#HYDRATE” on a shady hill and 6 different self-serve water stations. There were enough ways to beat the heat thanks to USC’s amenities like giant air pillows and a “chill-out” tent.

All-in-all Paradiso felt like a dream. My escape from familiar Arizona territory thrust me into the most beautiful setting I’ve ever been. I made so many new friends, saw some of my favorite DJs, and got to do it all at the Gorge, making the 24-hour drive worth it (the way back was a different story). I’d definitely recommend this festival for anyone who wants a real escape from reality. I’m excited to see what USC has in store for next year.