Love is in the air–and so is music! We’ve got a lovely (pun intended) lineup of shows in store for this weekend. Whether you’re looking for a casual day date or a full-on rager, we’ve got you covered. Kicking it off at the official Crush pre-party, Habstrakt will be throwing down at Shady Park in Tempe and Chrisitan Martin plays underneath the stars at Bar Smith. Saturday Crush Arizona goes down at the Rawhide Event Center while Doc Martin and Joeski keep things intimate at Monarch’s Scarlet. Closing it down we’ve got Sage Armstrong on deck at Shady Park for TreeHouse Sundays. 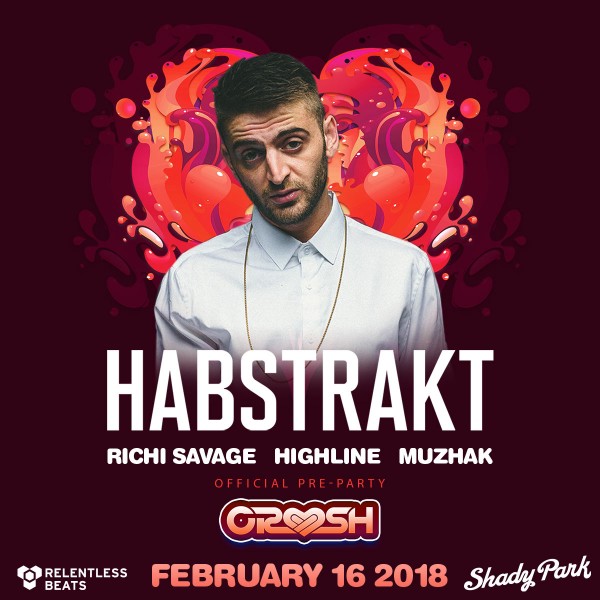 French producer Habstrakt has been making tunes for over seven years now. Signed by Never Say Die Records, the signature sound that Habstrakt created is mostly bass and dubstep with a mix of future house. He has a unique sound that really separates itself from much of the other bass music. When you hear a Habstrakt song, you know that it is his, and he always brings the vibes. There’s no better place to pre-game Crush than here! 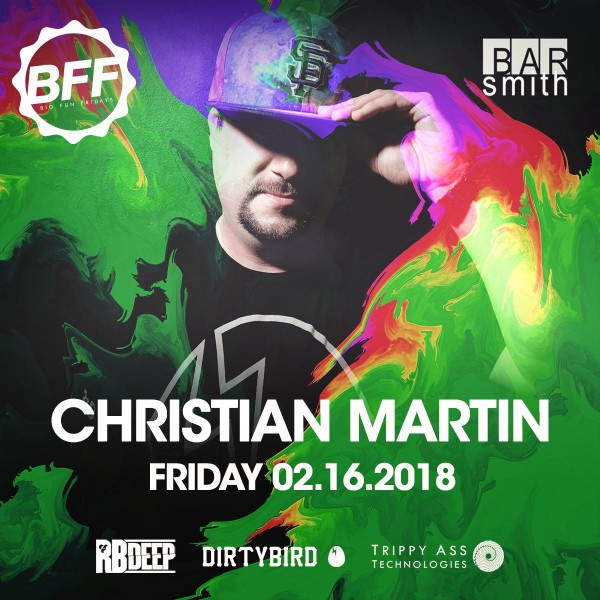 He’s a co-founder of DirtyBird, CEO of deep house, and king of the campout. Next up–Bar Smith beats spinner! If you’re looking for funky beats, then you really don’t need to go any further because this house music aficionado will get you up off your feet and shuffling onto the dance floor, and what better dancefloor than the Barsmith rooftop? It’s a night full of music and stars, what more could ya ask for? 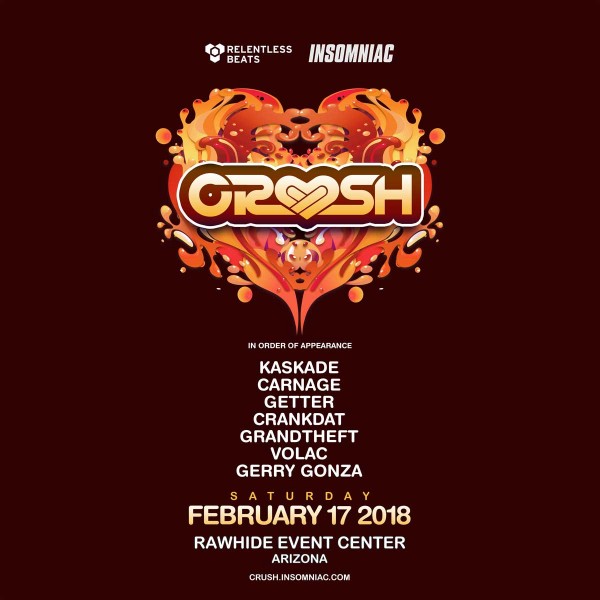 The 9th Annual Crush Arizona takes place this weekend and the lineup will melt your heart. With Gerry Gonza, Volac, Grandtheft, Crankdat, Getter, Carnage, and Kaskade’s emotional vibes, of course, you can’t really go wrong. It’s the perfect event for you and your Crush. Grab your rave bae, your best friend, your sweetheart–anybody you love, and dance your hearts out this weekend. 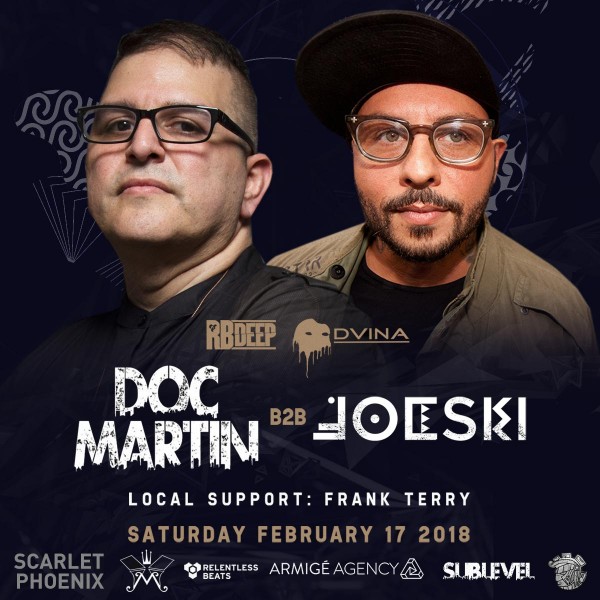 Doc Martin is notorious for his ability to spin everything from Deep House to funky Tribal Bass, making him one of the more eclectic and versatile artists you’ll see today. The DJ got his start in the San Francisco warehouse scene and now has several residencies at clubs in Los Angeles and Miami, in addition to playing the Ibiza circuit and major festivals like EDC and Coachella. This weekend he’ll be spinning back to back with Joeski. Joeski’s trajectory can be traced back to 1991, when he burst onto the NYC house music scene as a founding member of The Chocolate Factory DJ collective.  Analog gives way to digital, trends come and go, yet NYC’s DJ Joeski remains at the top of his game, and now, in the midst of his third decade as one of house music’s most sought-after stars, his momentum shows no signs of slowing. 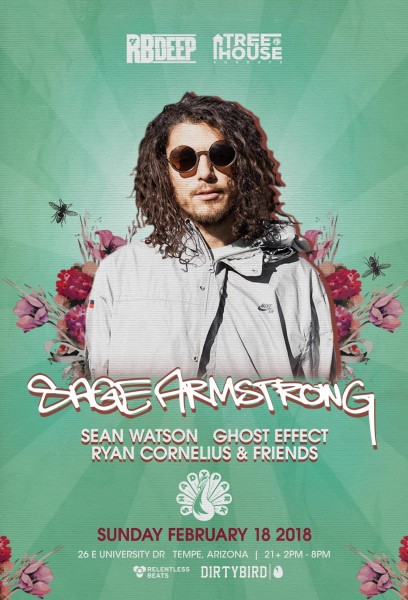 Sage Armstrong began making waves in the house music scene with his debut Dirtybird release, ‘What’s Yo Tempetcha?’. Grown in the south, he has been influenced by a multitude of different genres that continue to inspire his creative flow in the studio and on stage. He has created his own style by adding unique elements that give off a vibe of bouncy underground beats with original vocals. Sage continues making music with no creative boundaries after receiving support from some of his favorite Dirtybird artists like Justin Martin and the boss man himself, Claude VonStroke. With an exciting release schedule and show dates piling up, the future is looking bright for this rising star.