It seems like this past weekend has just barely ended, but we’re already gearing up for another wild one. Steve Aoki is taking Tucson’s Rialto Theatre on Wednesday. Lane 8 is bringing his Little By Little tour to Monarch Theatre in Phoenix on Friday. The Crystal Method will be playing at Monarch on Saturday while Mija performs in Monarch’s upstairs Scarlet Room. 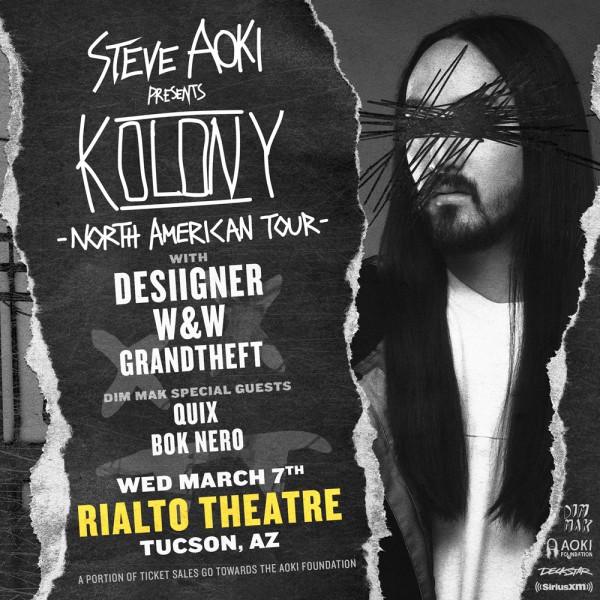 Steve Aoki is a Grammy-nominated electronic dance music superstar who stands as one of pop music’s most tireless multi-hyphenates: founder of the taste-making record label Dim Mak and a chart-topping producer-remixer-DJ with his finger pressed firmly to the pulse of cutting-edge youth culture. Ranked Best DJ in America by DJ Times in 2015, Aoki is renowned for his pandemonium-inducing sets and whiplash-inspiring travel schedule, averaging more than 250 tour dates per year including headliner slots at summer music festivals throughout the world as well as prestigious residencies at mega-clubs in Las Vegas and Ibiza. As a recording artist, Aoki’s 2014 studio album Neon Future I—which soared to No. 1 on the Dance/Electronic Album chart—features the Gold-certified single “Delirious (Boneless)” with Chris Lake and Tujamo featuring Kid Ink. He recently released Kolony and is taking the hit album on the road alongside Desiigner, W&W, Grandtheft and more. 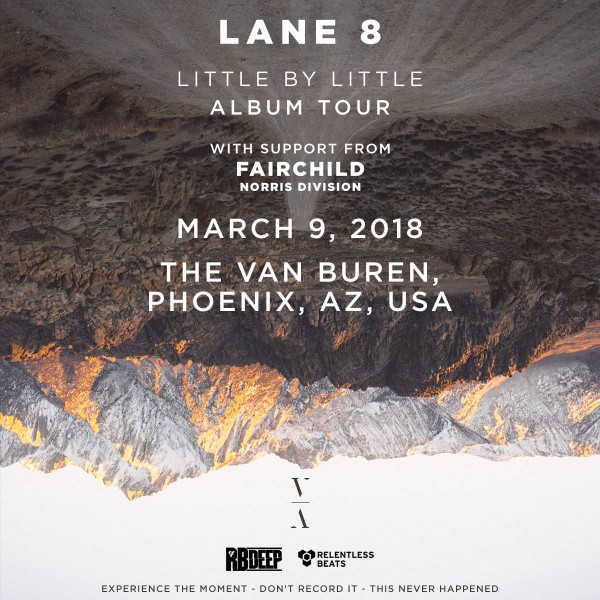 Daniel Goldstein, who you probably know as Lane 8, is an American-born and Germany-based DJ and producer who’s not afraid to break the rules– or create new ones. Last summer Lane 8 conceived a new type of show unlike any other. The concept was this: remove all phones and cameras from the event, and get back to connecting with the music and the people around you. He called it ‘This Never Happened’ and it’s since become a widely embraced phenomenon from his fans which is truly incredible considering how dependent we’ve become on technology. He’s recently released his Little By Little album and is bringing his revolutionary ‘this never happened’ tour back for a second round. 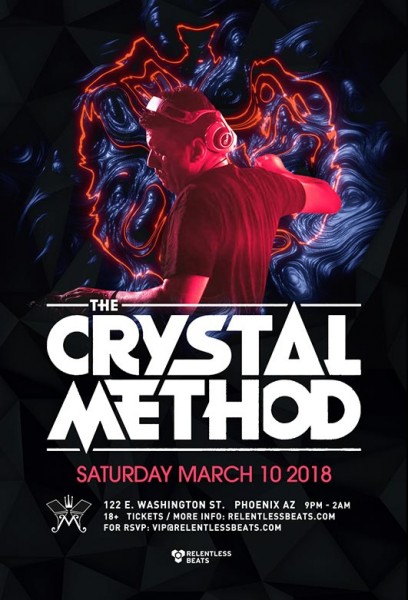 Throughout the past two decades, the musical landscape has continually merged, morphed, and matrixed, fractured in countless directions while intersecting at the most unexpected points. Electronic music underwent a renaissance in the aughts, rising out of the warehouses and blank spaces and overtaking the biggest festival fields in the world. THE CRYSTAL METHOD followed a similar trajectory since their formation in 1993. The Grammy Award-nominated, platinum-certified trailblazing duo—Ken Jordan and Scott Kirkland—set the stage for the genre-mashing electronic sounds that fuel the current zeitgeist .Their first EP, Vegas,was released all the way back in 1997 and it went platinum in 2007. In 2017 the duo parted ways when Ken Jordan decided to retire from music, however, Scott Kirkland continues to produce and play shows under the TCM moniker as a solo project. 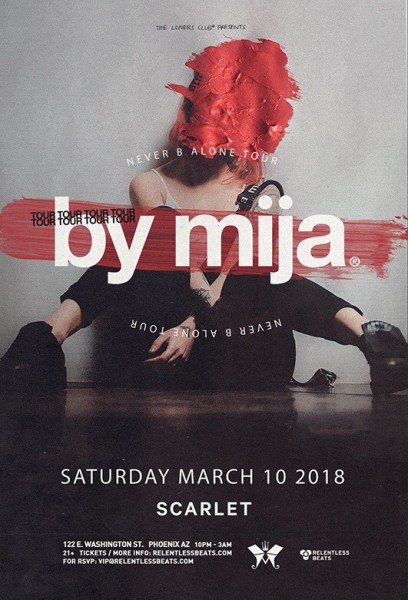 If there is one thing Mija does not do, it’s follow the status quo. Instead, the Phoenix-born producer has spent years fine-tuning her eclectic sound to maintain originality, creativity, and authenticity. Mija has just released her new EP How to Measure The Distance Between Lovers and it is unlike anything we have seen from her before. The lo-fi album has a club feel to it that draws the listener in. Since her Dirtybird Campout West debut, the feel of her music has been progressively changing. Mija is known for saying “FK a genre” when it comes to her music, as she does not want to be recognized for just one type of music and doing so has gained her a lot of respect from artists and fans.