This weekend is going to be a good one, folks. Not only is it Cinco De Mayo (on a Saturday!) which is reason enough for a celebration, the return of Pool Season is officially here! We’re kicking thing off Thursday with MUST DIE!, LAXX, and Dr. Ozi at Monarch. Then, on Saturday, we’ve got three shows coming your way. First, Deorro starts pool season at Talking Stick with a bang before heading down to Tucson for a second show. Meanwhile, German Brigante will take the stage in Monarch upstairs Scarlet room. 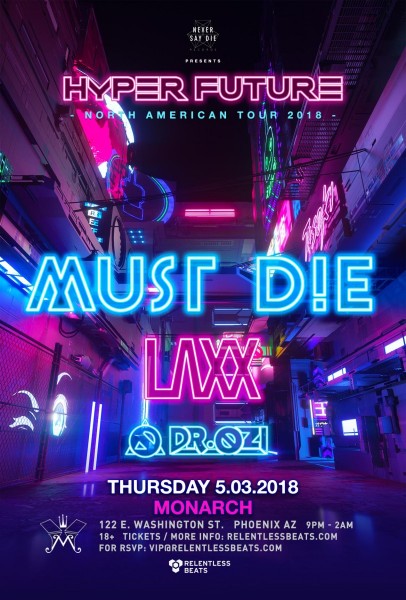 Currently on the Hyper Future North American tour, MUST DIE!, LAXX, and Dr. Ozi have been tearing cities up all across the country. Since entering the scene in 2011, bass architect and dubstep pioneer MUST DIE! has steadily established himself as a timeless name in electronic music, demonstrating his production prowess on a multitude of releases through labels such as Never Say Die, OWSLA, Ultra, Dim Mak, Mad Decent, Atlantic, and Firepower Records.

Since stepping up to take the spotlight last year LAXX, born James Churchill, has been widely received as the next hottest thing in electronic music. His multi-dimensional sound is slicing through the dance music, leaving a gap for his unique sound to take center stage. If there was ever a time to watch an artist like LAXX it would be right now. Last month he put out his debut album, Fake Friends, that is considered some of today’s most cutting-edge bass and trap.

Dr. Ozi’s powerful dubstep sound has rattled listeners bones since his debut in 2011, and his recent EP, Vital, is no different. The Toronto based producer is one of the fastest growing names in the industry. His insane dub sound has gotten him recognition from artists like Skrillex, Zomboy, Getter, and Snails. Giving him the chance to release numerous singles on some of the industry’s biggest record labels like Buygore and Firepower Records. 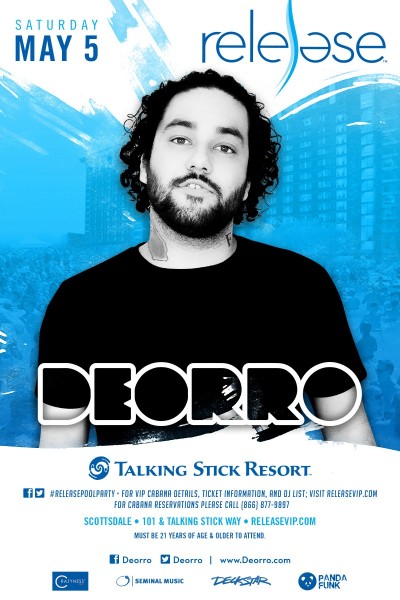 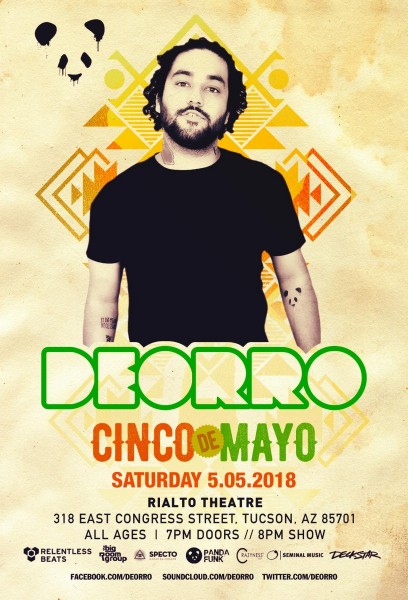 We can’t get enough Deorro, especially on Cinco De Mayo where he’s sure to bring his best heat. If you can’t make it to the pool party, or just want a double dose, be sure to catch Deorro in Tucson! 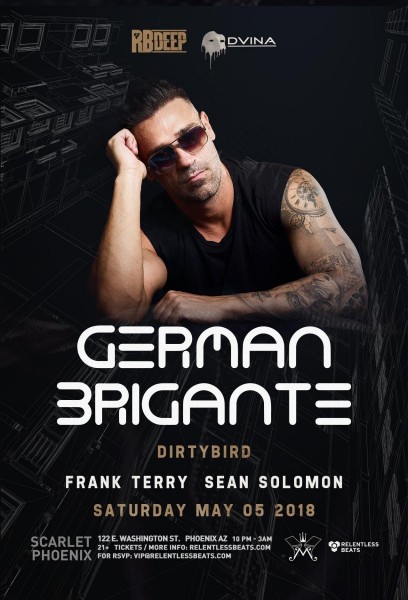 German by name but Spanish by birth, German Brigante is an artist whose passion and dedication to producing infectious dancefloor grooves is unsurpassed. He’s focused on a bumping, groovy form of tech house that aims straight for your hips and keeps dancefloors filled with energy. Recent releases have come via some of the industries most renowned sources, including Get Physical, Saved, Off Recordings, Defected and many more.