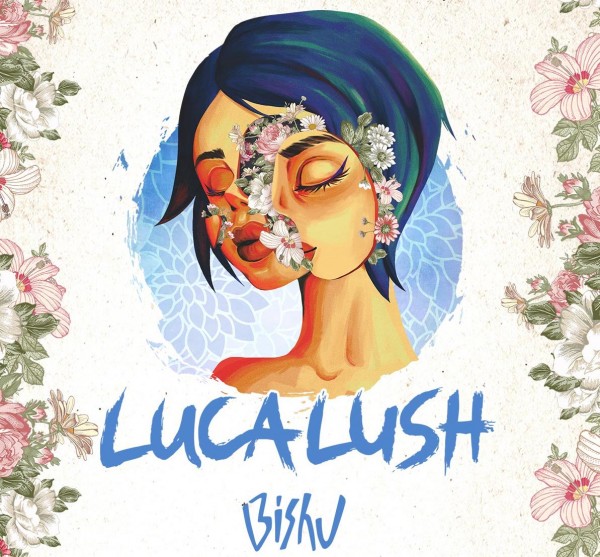 For the past four years, Wolfgang Robinowitz, AKA Luca Lush, has infected the scene with a sound that is so robust and a stage presence that is so powerful that it is nearly impossible to ignore him. Based in New York, Lush grew up playing self-taught drums in bad scene bands until he got to college, where he discovered drums don’t fit in dorm rooms. Undeterred, he put down the sticks and began programming beats on his computer. Flash forward to 2019 and Luca Lush is one of the hottest names in electronic music, having toured internationally throughout last year behind a slew of popular remixes, including official releases with Ultra, Monstercat, and Columbia. His music regularly receives heavy support from the blogosphere, with frequent premieres on taste-maker site Run The Trap & Too Future. 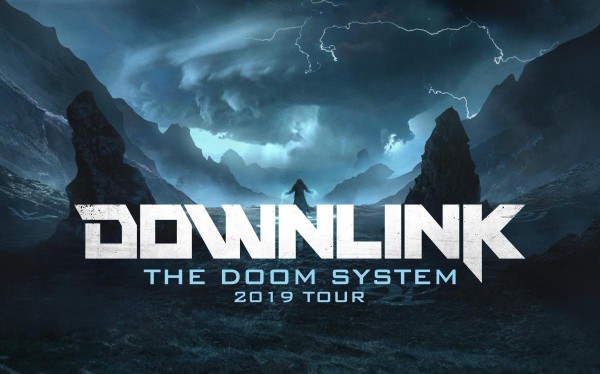 A name firmly cemented in the hearts and minds of the bass music community. He is respected the world over as a producer of the highest quality dancefloor bangers. He has had numerous #1 hits on Beatport and has released music with major labels like Rottun, OWSLA, and Mau5trap. He has helped mix an album for the legendary nu-metal band Korn. He has toured the planet far and wide, leaving a wake of awe-struck audiences in his path. To see him live is to witness one of the tightest technical DJ’s in the game. His 4 deck live mixing and infectious stage energy light up venues turning crowds on their heads time after time. Expect lightning fast mixing on a journey through a wide variety of bass music. 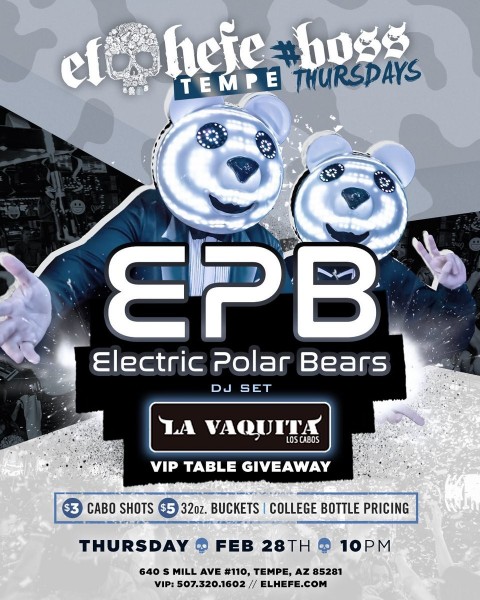 EPB (Electric Polar Bears) were born out of the love for throwing an engaging party, whether with his brother or solo, both polar bears know how to get the igloo a rocking. From their premier on Groove Cruise LA 2017, US debut at Time Nightclub, tour with Deorro and headlining set on Groove Cruise Cabo 2018 they have proven they know how to bring the energy to a room or pool deck with their bouncy fusion of the progressive EDM Top40 sound with funky future and tech house. 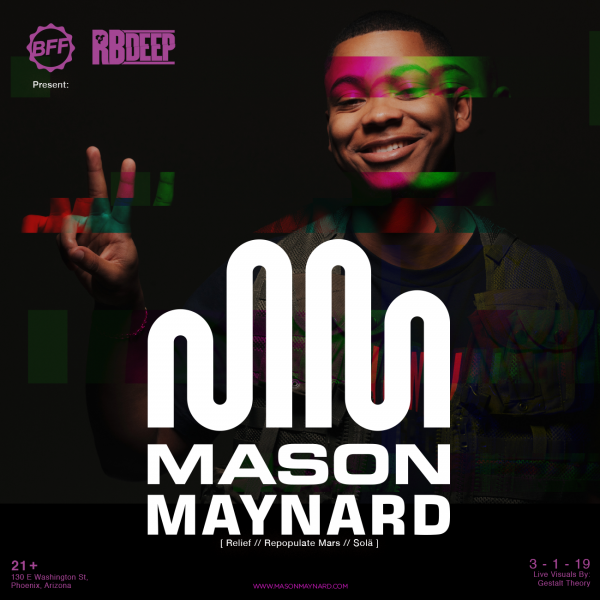 He may be only 22, but Mason Maynard is proving to be a valuable addition to the underground scene with his UK-style of production blowing up across the UK and Ibiza. The Manchester-born DJ and producer has already released on reputable labels like Cajual, Repopulate Mars, DFTD, Sola Records, and Relief Records. He’s also collaborated with the likes of Green Velvet and Lee Foss and received support from iconic artists like Pete Tong, Carl Cox, Claude Von Stroke, and more. Adding a string of UK festival gigs to his resume, including Hideout, The Warehouse Project, and Parklife, it’s no wonder he’s been dubbed “One to Watch” by BBC Radio 1. 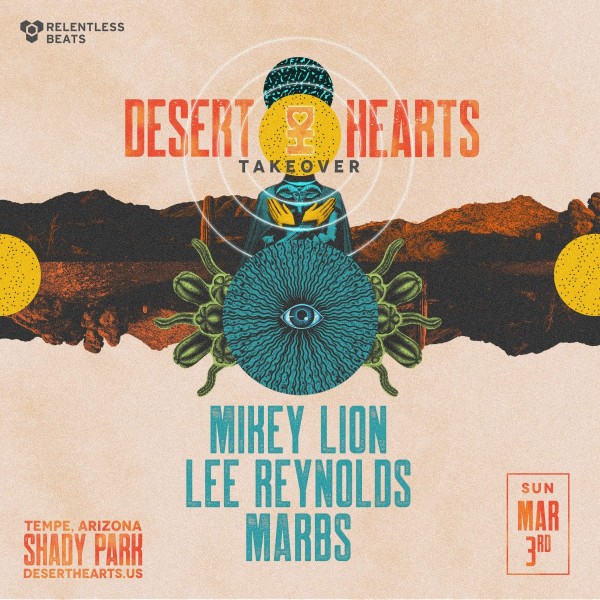 Desert Hearts Records is a tribute to House, Techno, & Love. What started as an intimate renegade gathering in the Mojave Desert has since blossomed into a movement that celebrates love, life, and music. With multiple Desert Hearts Festivals year round and one-off City Hearts events popping up around the nation, it’s easy to see why Desert Hearts was dubbed by Thump Magazine as “The West Coast’s Fastest Growing Party Squad.” The idea is to spread love through music towards a better way of life. The belief is in a society where acceptance, creativity, and passions flourish. The goal is to provide a safe haven away from Babylon for people to connect with nature, be themselves, and do what makes them happy. This is what Desert Hearts is all about. House, Techno, & Love… We are all Desert Hearts.