Heather Kupka - April 1, 2019
Born in San Jose, California and now based in Los Angeles, dubstep producer SVDDEN DEATH has been on the rise since 2017 when he released his first EP Spelljam via Never Say Die. With a musical background that is all over the place and an ability to pick up and learn any instrument that strikes his fancy, Svdden Death has demonstrated a refreshing passion for music and talent to match. Today he’s known for his monstrous bass-heavy sound. Prepare for an abduction, Phoenix Lights! 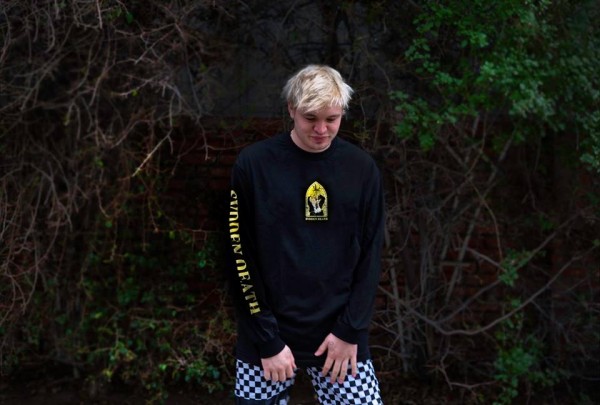 I noticed you’ve been more active (and candid) on your Youtube channel lately. How do you plan to use that platform to further connect with fans?

Youtube is currently a different language for me, so I have mostly just been posting random show clips and vlogs of me traveling/talking shit. I’m currently working with my team to make better/more stupid content that I feel like people will like, such as streaming, skits, and weekly uploads.

Your fans seem really important to you. What’s your favorite thing about meet and greets?

They’re amazing to me because it blows my mind that they actually are fans. I never assumed that what I was making would be popular besides my friends beating each other up at 40 cap shows or chopping riddim on a 45-year-old mixer. I feel like once people uncovered the anger behind the music, it became a lot more relatable. I will always go well out of my way to thank as many people who attend my shows or buy my stuff who allow me to survive off of this angry music as I can, it means the world that you feel it too.

Meet and greets are great because I can run into long-time supporters and show my appreciation to their face rather than on stage. I feel like I’m just saying what’s up to a bunch of people who are pretty much doing the exact same shit as me so we can all relate together.

What’s the most interesting thing you’ve ever received from a fan?

I think something that draws people to you is your nonchalant attitude. What advice would you give readers about not taking life too seriously?

You recently worked with Marshmello and it was an interesting combination of talents that came together perfectly! How did that collaboration happen? What other collaborations would you like to make happen in the future?

I think it just came pretty naturally. I have always had a large focus on melody, and he likewise has dialed in sound design. It was a good collab and I thought it was funny how much it surprised people.

I really would love to have finished collabs with people like Rezz, Space Laces, as well as a variety of rappers. I mostly like working with my friends, and when I’m working with someone I’m less familiar with. I want to be writing the most experimental work I can.

What can you tell us about Voyd Vol. 2?

I know fans are looking forward to that this year!

All I can say is… It’s gonna be a lot different than the last one.

We’ve got Phoenix Lights in just a few weeks now. What can fans expect from your set?

I’m playing a ton of new stuff, from upcoming EP’s and my new singles, as well as some new/old Voyd stuff. I’m really excited.