The year is 2016, and widely-known DJ duo Flosstradamus has just announced that they will be splitting up. While this was the end of a very monumental era for trap music, it was the beginning of Yehme2‘s solo career and a new favorite DJ for a lot of fans, myself included. Yehme2, formally known as Josh Young, announced the split via an Instagram post in December of 2016. He credited it to a lot of soul searching and reflection on what he wanted the future to look like.

While most wondered if Young would prosper from this decision, the Hard Summer crew released their lineup in the beginning of summer 2017, and there it read on the Saturday schedule: Yehme2; his first solo set. Leading up to the festival, Young teased the public with sounds that they could expect from him via video snippets on his Instagram, part of the “beat a day” project, in which the end result was Steal This Mixtape Part 2. 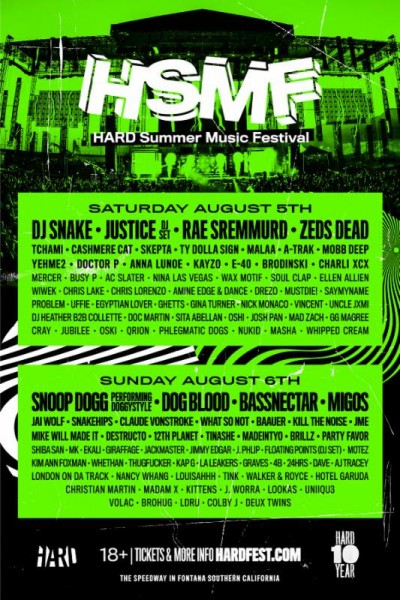 Fast forward to Hard Summer. Festival-goers were sprinting to the Purple Stage for one of the most anticipated sets of the event, to find out that it was well worth the wait. He even gave a bittersweet tribute to Floss, gaining an uproar from the crowd. You can catch his 2017 set here.

Two years later, Young has created a concrete place for himself in the EDM community that glorifies his foundation, but doesn’t overshadow his solo career. Young has not only constructed an appealing exterior for himself but is very personable in his social media posts, letting fans see the creative methods used alongside his at home life with his wife, Liz and 2 sons.

He is set to play his third year in a row at Hard Summer this Summer, the tri-peat, and as his fan base has continued to grow so have his sets. We expect this one to go harder than ever.