Last weekend, the Great Saltair concert venue, located on the shores of the scenic Great Salt Lake in Utah, was home to thousands of ravers attending the annual Das Energi festival.

The two-day festival hosted by V2 Presents drew crowds from all over the country, with over 50 electronic dance music acts performing across three stages. This year’s lineup was massive, featuring major headliners like Above & Beyond, Deorro, Galantis, Zeds Dead, Nghtmre & Slander (Gud Vibrations), Chris Lake, and many many more.

If you didn’t get the chance to attend, or simply want to relive some of these moments, read on for highlights of Das Energi 2019. 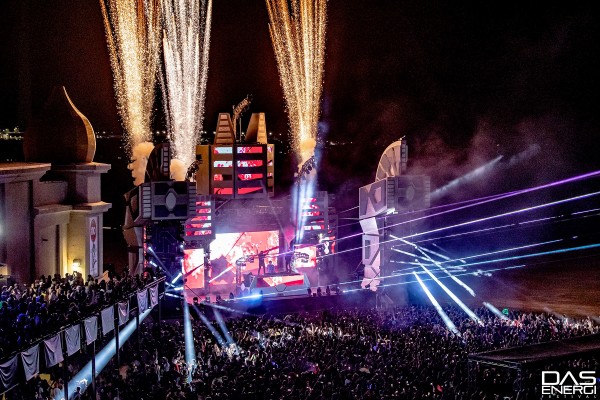 The festival was made up of three stages, including the outside mainstage (Energi Field), the inside stage (Synergy Station), and the beach stage (Galactic Flats). Each stage was equipped with LEDs, lasers, smoke, fireworks, and pyrotechnics (on the two outside stages). The mainstage had several options for viewing: at ground-level in front of the stage or up on the large side balcony attached to the inside stage. I personally enjoyed the opportunity to watch from an elevated platform, as this isn’t something offered in General Admission for most festivals. The Synergy Station also had both a bottom floor and wrap-around upper floor to allow for multiple viewing points. Galactic Flats was considered the “beach stage” as it was closest to the lake and set up on the sand.

It didn’t take long to discover that it’s hard to top the sunset views you experience at Das Energi. Both days, I was able to watch the sky turn vibrant shades of pink and orange from the elevated balcony next to Energi Field. Even from the inside stage I had a sunset view from virtually anywhere I was standing, thanks to the plentiful windows and open doors. 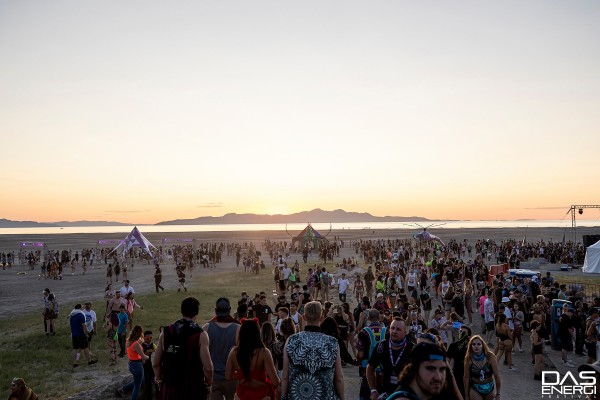 With a lineup of this caliber, it’s nearly impossible to narrow down the best sets of the weekend; however, I can definitely comment on some top contenders.

As per usual, Seven Lions took fans on an emotional rollercoaster, as he covered everything from hard-hitting bass to psytrance to his signature uplifting melodic dubstep. His set was made for the glorious main stage that was Energi Field.

Lane 8 blessed the Synergy Station on night one with his contagious energy and euphoric deep house sound. It was a breath of fresh air to step inside for some completely new vibes after catching part of Nghtmre and Slander’s Gud Vibrations set on the mainstage. 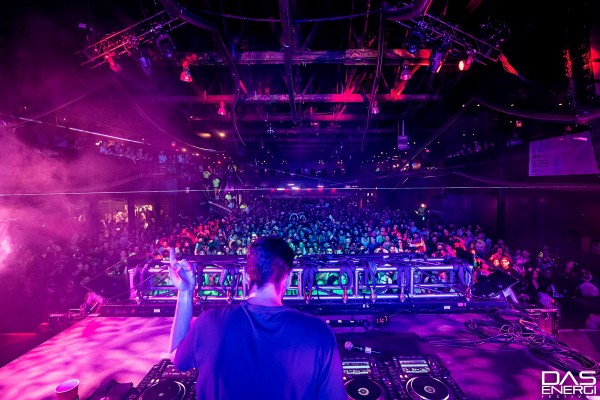 Blunts & Blondes was a surprise top contender for me at this year’s Das Energi. The young bass artist doesn’t stop smiling as he throws down banger after banger and rages right along with the crowd. TroyBoi was also a favorite of the weekend with his fresh, funky style, making it impossible not to dance. Zeds Dead closed out Synergy Station on night two, although only one-half of the duo, Zachary Rapp-Rovan (Hooks), made it. Despite missing his counterpart, Hooks threw down, as he sprinkled some unreleased music in between ZD classics from the last 1o years.

The weekend went quickly, but it’s safe to say, Das Energi 2019 was a complete success – until next year Utah!