This weekend will be MASSIVE with world-renowned talents providing us with two great shows leading up to a huge bassy finish. First, Markus Schulz will be at Shady Park on Friday night. Saturday, we start at TSR for a Nitti Gritti & Wuki pool party and then we move to Rawhide for a night full of monstrous sound at Bassrush Massive Arizona. 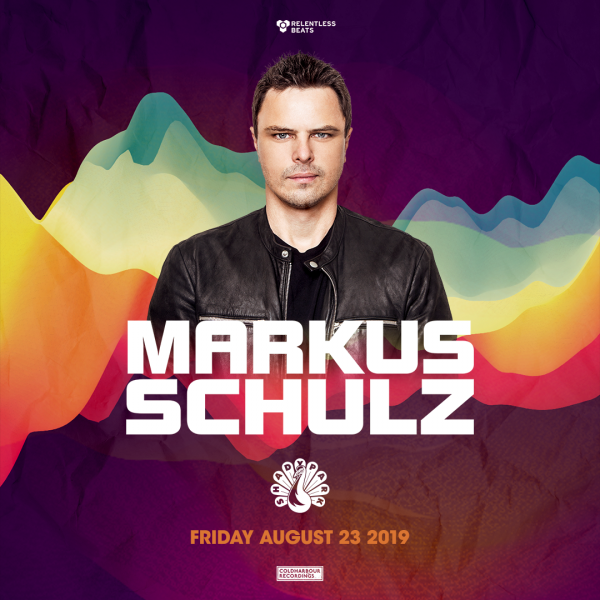 Progressive & trance producer Markus Schulz has reached international success for his music production, helming his label Coldharbour Recordings, chairing the Global DJ Broadcast radio show, climbing the world’s DJ charts, and remixing for artists like Madonna. With all of this talent, you’d think Markus Schulz was delivered straight from EDM heaven; however, the German producer found his fame in our very own Arizona! Since 2007, Schulz has grown from state-wide to international recognition. For an old dog in the industry, Schulz is still learning new tricks. 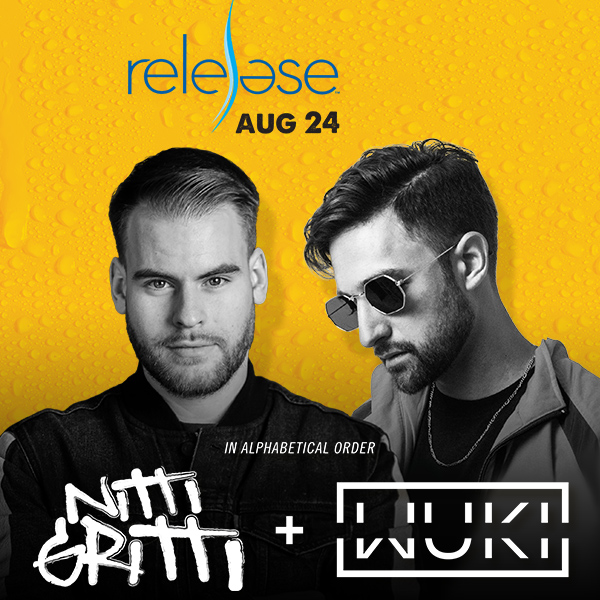 From Nitti Gritti’s beginning, we’ve seen him remix songs from big names like NGHTMRE and Krewella, while releasing notable tracks on Tiësto and Diplo’s label, and headlining a world tour. It’s no surprise either as he continues to keep those in the dance music scene on their toes, literally. Delivering everything from trap, future bass, dubstep, and most recently house, this producer is an unstoppable force with an insatiable knack for versatility.

Wuki is the genre-blending solo project of Denver-based producer Kris Barman. Influenced by the sounds of Detroit ghettotech and Chicago footwork scenes, Barman’s ability to seamlessly mix booty, breaks, electro, and house into hard-hitting club-shakers has become a trademark of the Wuki sound. The Mile High City resident has earned releases and remixes for notable imprints such as OWSLA, Main Course, Fool’s Gold, and Ultra – not to mention support from the likes of Knife Party, Skrillex, and Rolling Stone Magazine. 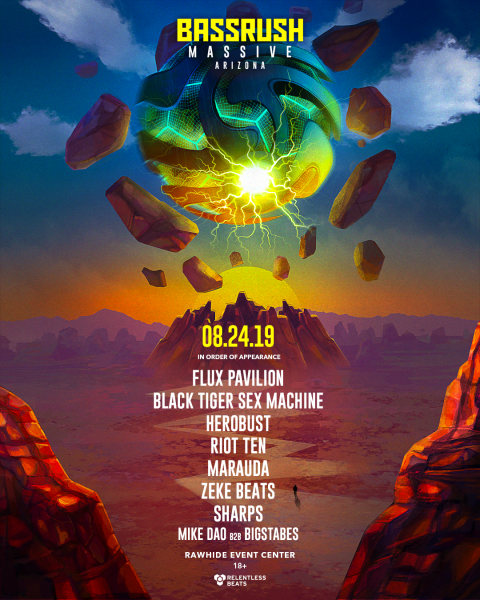 It’s back, and it’s going to go harder than ever! Bassrush Massive Arizona takes places this weekend with Flux Pavilion, Black Tiger Sex Machine, Herobust, Riot Ten, Maruda, Zeke Beats, Sharps, and Mike Dao B2B BigStabes. All of these artists have solidified their place in the bass world in one way or another, from heavy drops to riddim riffs to melodic bass beats, there’s someone for everyone on this lineup. Join us this Saturday and grab tickets in the event link.