Support And Many More

Relentless Beats is proud to present the 3rd annual of Phoenix Lights on April 8-9, 2017 at Rawhide Event Center in Chandler, Arizona featuring many, many artists to be announced. Visit the official Phoenix Lights festival site. #TheLightsReturn

Phoenix Lights 2017 is the follow up to last year’s second annual edition of the festival that took place in the heart of Downtown Phoenix with acts such as Kaskade, DJ Snake, Eric Prydz, Excision, and many more. Lights returns as an even bigger festival spanning two days with multiple stages and the biggest names in EDM. Check out photos from Phoenix Lights 2016.

Tiësto is a performer who has transcended musical genres to create a global “Tiësto” brand. His achievements include: a Grammy nomination, numerous MTV awards, performing at the opening ceremony of the 2004 Athens Olympic Games to an audience of billions, and even a wax statue … Read More

In retrospect, Cashmere Cat's 2012 debut, "Mirror Maru," single-handedly fleshed out the aesthetic that Norwegian producer Magnus Høiberg would become famous for. Elegant and pristine, his take on hip-hop is easy to like, but it's less obvious how he managed to propel himself into the … Read More

Justin Martin is a San Francisco-based house DJ and producer whose best tracks and remixes tend to be lean, finely melodic, and a little playful. He debuted with the 2003 single "The Sad Piano." Released on Ben Watt's Buzzin' Fly label, played by Derrick Carter and Pete Tong, and licensed … Read More

Keys N Krates formed as the brainchild of drummer Adam Tune, synth/keyboard aficionado David Matisse and internationally award-winning turntablist Jr. Flo. The Toronto trio came together in 2008 with the desire to bring their blend of live electronic instrumentation to the stage. They've often been referred … Read More

It’s fair to say that Pete Tong’s history is intertwined with the history of acid house and electronic music itself. His career mirrors the story of dance music over the last 25 years. A true renaissance man, Pete has never been about one thing and … Read More

Hailing from Paris, Tchami, is no stranger to the dance music industry. Coming on to the scene with his remix of Janet Jackson’s “Go Deep”. The track became an instant over night hit! With much critical acclaim, he soon followed up with his first original … Read More

Hailing from Bemboka, Australia, Thomas Jack is an emerging star with a sound and style like a perfect summer’s day: it’s warm, full of good vibes, and shamelessly appealing. His signature sound is a blend of many live instruments: saxophone, flutes, trumpets, violins, you name … Read More 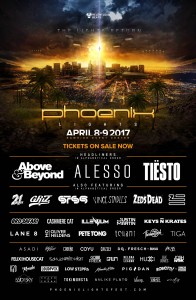