“Attention Campers!” booms a loud and happy voice over the speakers at the Birdhouse stage at the first-ever Dirtybird Campout. From the crowd, the mighty Claude VonStroke can be seen on the stage welcoming the campers and announcing the beginning to the celebratory weekend. Through his legendary thick beard, Claude VonStroke has a smile so large and so bold that it practically lights up the daytime skies at Oak Canyon Park in Silverado, California. After all, why shouldn’t he smile? He’s the label boss of one of the most popular dance music labels in the world, celebrating 10 years of success and he can’t go anywhere on the campground without hearing campers chant “DIRTYBIRD! DIRTYBIRD!” In this crowd, Claude is king, but that isn’t his attitude. He walks around the campgrounds, greeting fans, taking pictures, giving hugs and merit badges, as well as emceeing the entire event, announcing the DJs as they come onstage with the most obvious gratitude for their time and presence. Everything about the event and Claude VonStroke is purely organic and real. The event was entirely his vision, but how exactly did it come to be? 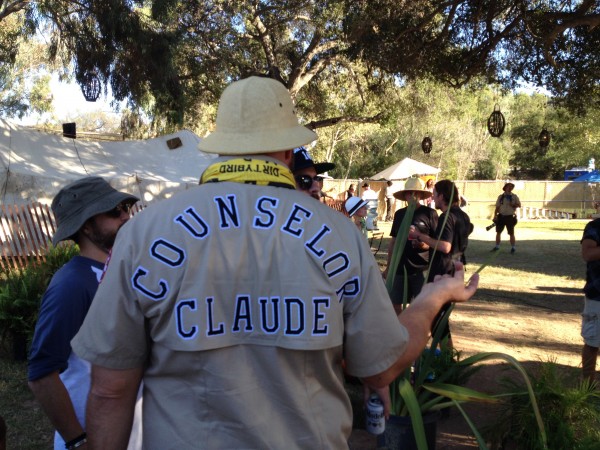 When I got a chance to talk to Claude VonStroke, I was eager to hear how exactly this came about. As Claude VonStroke explained it, it had been something he was thinking about and had been discussing the idea with one of his managers. VonStroke explains that almost impulsively he said “We’re fucking doing the campout”. From there he made a flyer with a date on it, adding that at that time he had “no partner, no venue, no DJs and [he] just put it online” and it garnered 400,000 likes, “like twice as many people as I have on my Facebook”, he jokes, and from there he was determined to make the event happen. 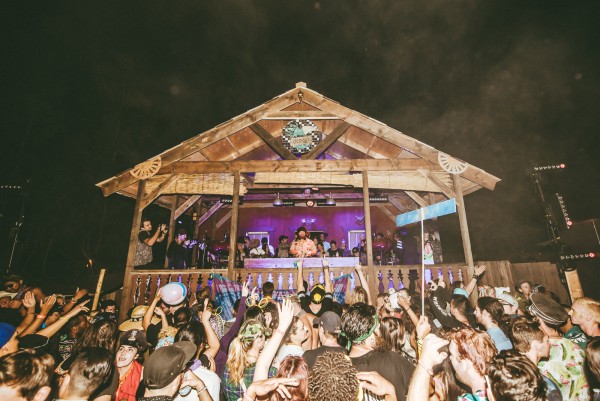 Although the Dirtybird Campout involved the whole Dirtybird family, it really felt like being at a party in Claude VonStroke’s backyard. He was constantly present and available at the event and seemed to have lots in store for the campers, including a special alternative set where he would be performing under his own name, Barclay Crenshaw. When I asked him if he felt nervous about performing the special alternative set, he replied, “it makes me nervous because I barely know how to DJ it. It’s like a totally different style and I’m going to be like [motions hands to indicate rewinding a track].  I’ll just do a rewind if I fuck it up” and he laughs off the nerves he claims to have. That night, Claude VonStroke performed an amazing closing set until 2am on the Birdhouse stage, playing tracks that ranged from old to new from the Dirtybird label, but the end of his set gave insight as to what was coming later. As light came into the skies in Silverado at 5am, Barclay Crenshaw took to the stage at the Late Night Lodge and gave campers what they least expected, a killer drum and bass set. The morning crowd roared and went into a dance frenzy in support of their head camp counselor giving them something different. Whatever nerves he had before must have vanished because he played such a flawless set. 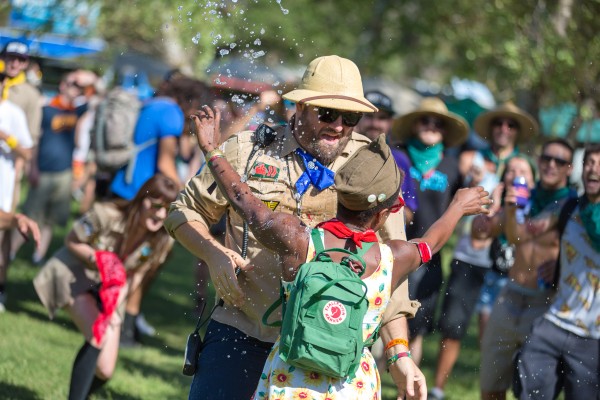 This weekend, Dirtybird fans got to see a whole different side to the Detroit-born label boss. Fans were able to dance with him, laugh with him, and he was, in turn, able to share a musical side of himself that fans had never experienced. We got Claude VonStroke and Barclay Crenshaw and Counselor Claude, who is not only a brilliant head honcho, an incredibly talented and versatile musician, but also one of the most approachable guys you’ll ever meet. Dirtybird Campout was one of the most amazing, blissful weekends of my life, and you could tell everyone felt that way because there was not a single bad vibe on the campgrounds. Since the first day, I’ve been thinking about how I can’t wait to come back next year, so of course when I got a chance to talk to Claude VonStroke I had to ask about the possibility of the event coming back. He confirmed that they do have a deal for two years and that they’ll be coming back next year, but that as campers at the inaugural bash, we had the most exclusive bragging rights. I also asked about the possibility of the campout going to different cities, similarly to the way the Dirtybird BBQ has, with the hopes that Phoenix is on the list, and Claude VonStroke said that although it is in talks of happening, he “cannot confirm that it will happen” just yet. However with the support Dirtybird has all over the country and all over the world, I have no doubt that Claude VonStroke will be able to spread those feel-good camp vibes anywhere. This weekend definitely left a special place in my heart for Claude VonStroke and the rest of the Dirtybird family, along with a beautiful memory of my first summer camp experience. Until next year, Dirtybird Campout! I will definitely be counting the days.