Hailing from the streets of Berlin, on-again-off-again German trio Moderat finally released their third full-length album, which ends the short two-year dry spell that marks a relatively sporadic career. Regardless of their musical quality (which the bar is quite high on “III”), there could be a very good non-musical reason for the strange gaps in their releases coming from 2003’s Auf Kosten der Gesundheit, to six years later when they released their first full length effort. With a slew of regionally successful E.P’s, the gap this time between works is only two years before their last E.P. on Monkeytown Records, entitled “Bad Kingdom Remixes.” “III” definitely hits its mark on terms of timing, for the interest in non-genre electronic music has never been higher. 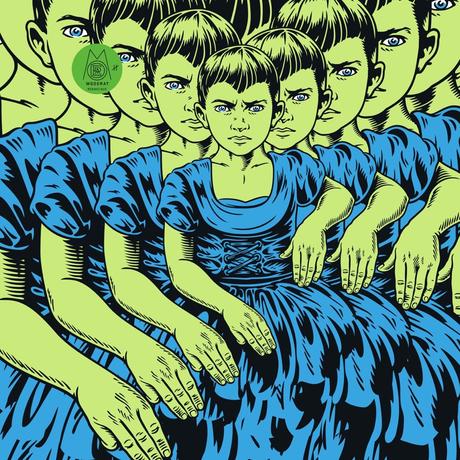 “III” features a collection entirely made of non-sensical household sounds that come together in a symphony describing a dreamlike state, backed with ethereal vocals reminiscent of a 60s singer-songwriter. You won’t find much crooning on this album, but you will experience a full tracklist that tells a story built around the instrumentals, while the vocals act as the cherry on top. While the vocals are sometimes centerpiece to almost all of the tracks on the album, what takes center stage are the production values comparable to putting the program Fruity-Loops through a wash-and-dry cycle, and then subsequently having it chopped and screwed by Dr. Dre.

Tracks like “The Fool” and “Ghostmother” provide a narrative of the random scenes and interspersed memories that sometimes can be the foundation of the dreams we experience in our deep sleep cycle. Although it is the artist’s secret whether or not real percussion instruments were involved in the making of “III,” the work features natural sounds that would make any good drummer raise an eyebrow upon first listen. To describe the album track by track would be difficult, for, like any good primarily instrumental EDM album, it flows as a seamless work, with certain reprises of sounds coming in and out like the tides.

To name a bad track on “III” would be extremely difficult, due to the fact that the work fits together extremely well, and there are almost no incidents in which the work feels choppy. What can be said about the album is its effort to not fit in with any sort of current genre, but instead pioneering new sounds. You won’t find any drops, you won’t find any “hard” moments, but you will find parts in the piece that takes your breath away with the surprises hidden in the production that you would normally never expect.

The gaps between their work are undeniable, but this album shows no reflection of band tension, label issues, and the very average problems an artist can encounter when dealing with the brand of their music. “III” reads and sounds like an album in which the trio locked themselves in a bedroom and didn’t come out until they had their final product. Moderat is in no way moderate in form, and if you’re looking for a musical dime-piece that will take your ears for a ride and cook you breakfast in the morning, “III” is an album that has what you need.