It seems like only yesterday that Feed Me shocked many fans by calling it “quits” to his DJing career. The UK-producer announced last May that during the Fall of 2013, he would be focusing more on producing than handling the reigns behind the decks. On his Twitter he told fans, “What I really love doing is making music, art, telling stories; being creative. I don’t want a situation where this becomes a back seat.” While the community was saddened, there was an upside to this announcement. With more time to unleash his creativity in music, fans would eventually hear new Feed Me productions in the near future.

Fast forward a year later, Jon Gooch (the man behind the electro house alias) announced the return of Feed Me this summer.  Fans will get to experience stunning, visual productions through the upcoming Psychedelic Journey tour. In addition, a 4  track EP is set to be released on his label, Sotto Voce. Fans that signed up for the exclusive presale link were also provided with a download of his new track, Time for Myself. For those that were unable to take advantage, not to worry, general sale begins on May 30th, 2014 at noon (local time). With more dates still to be announced, this is shaping up to be another successful tour for the teethy artist. 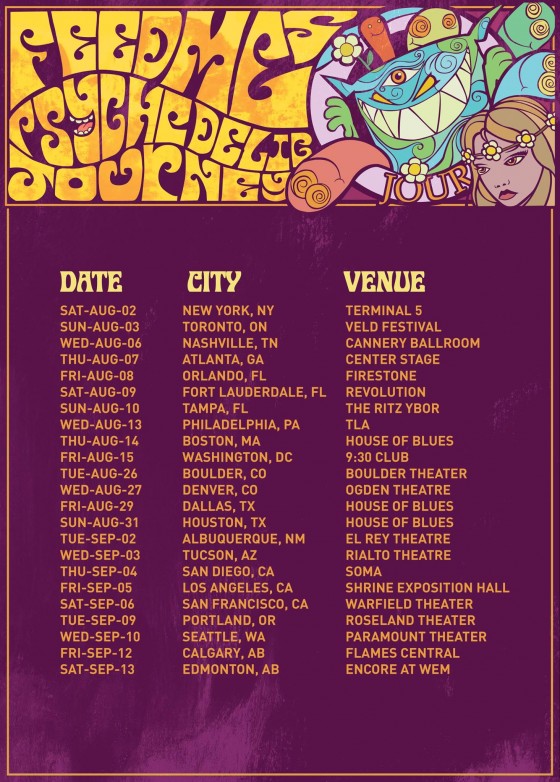 For further information on tour dates, be sure to visit Feed Me’s website here.

Connect with Feed Me: