Sick of all the Star Wars hype? Of course you’re not because who could ever get sick of talking about some of the greatest movies of all time?! If you’re looking at ways to get more Star Wars into your life, look no more. Hollywood Records and American Records have announced Star Wars Headspace, an electronic dance music compilation album featuring some of your favorite DJs and some up-and-comers who will eventually become your favorite DJs. The album, led by Rick Rubin, Def Jam co-founder, gave all the artists free range to produce whatever songs they wanted and were given access to the full series’ catalog of sound effects to create the out-of-this-world tracks you will hear on the album. The album will feature 15 original songs from Claude VonStroke, Kaskade, GTA, Galantis, Flying Lotus, Troyboi and many more. The full album will be available on February 19 and pre-orders are open now! 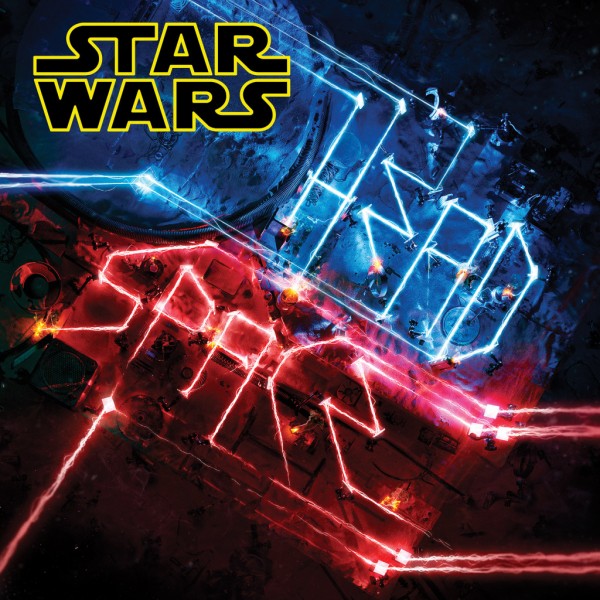 If you cannot wait until February 19 (no judgement here), three songs off the album are currently available for purchase on iTunes: “Cantina Boys” by Baauer, “NR-G7” by Rick Rubin, and “R2 Where R U?” by Flying Lotus. Still not enough for you? What if I told you these three tracks were also accompanied by some wicked music videos which I conveniently linked below?

This trippy music video, released by Disney, takes you on a journey to outer space and beyond through exploding planets and whirling galaxies. The track itself features a strong, steady bass beat throughout the three minutes while sampling some Darth Vadar sound clips to make the song one of the strongest on the album so far.

As the curator for this entire album, we expect Rick Rubin’s track to be nothing less of spectacular. The visuals, while not as amazing as Baauer’s, continue with the phsycadelic space travel theme but this time feature a more digital version behind the screens of a spaceship being taken to some crazy galaxy. The five-minute track takes you on its own journey with alternating beats and tempos almost as if each galaxy we are being sucked into has a different soundtrack. But it works in the most beautiful way possible.

R2 Where R U? by Flying Lotus:

Flying Lotus, being a genuine Star Wars nerd, have taken sound clips from our favorite droid, R2-D2, to create this crazy chill track. The music video takes us inside the droid and features a trippy kaleidoscope of metal parts and motherboards.  Known for his experimental music, FlyLo’s synth sound is perfect for this album and he seems to fit right in.  However, at times it feels like the multiple beats are fighting over each other and makes the whole track sound like a bit of a mess. While some parts are the track are beautiful (and some of my favorite sounds from the album), the entirety of the track just doesn’t seem to work.