For those of you who don’t already know, yesterday (March 29th) was a very sad day as one of the most monumental figures in our music scene announced that he will be extinguishing his flames for some time. Avicii has easily earned the title of one of the most influential producers with many of his great songs such as “Seek Bromance,” “My Feelings for You,” “Blessed,” and “Fade into Darkness.” His earlier remixes of “Set Me Free” and “Fade,” among others, also helped catapult the Swedish superstar into the dance music limelight. Among all of this though, “Levels” was at the top of all of Avicii’s amazing milestones and standards he set for the Electronic Dance Music Industry.

While the story of his retirement was abrupt to the general public, this looks like it is something Avicii has been thinking about for a long time. Six days before Avicii announced the end of his career, BBC announced that they had bought the rights to his documentary, Stories, which will offer fans a rare and unprecedented look into the life of an electronic music icon. Directed by Levan Tsikurishvili the documentary goes over Avicii’s life since the release of his debut album, True, up until the present day. The documentary will reveal everything about his career, the good, the bad, the beautiful, and the ugly. 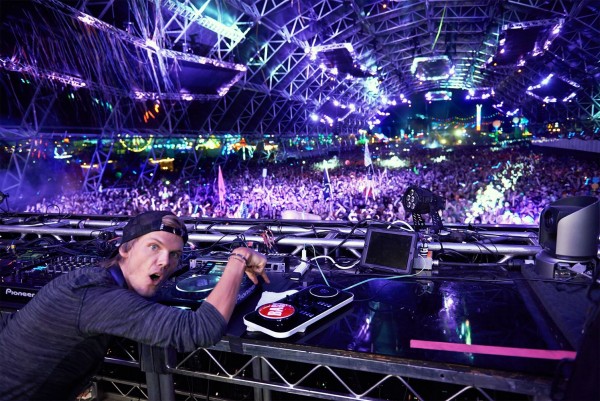 Salim Mukaddam, Director of Music, BBC Worldwide commented, “Avicii redefined the boundaries of contemporary dance music with his debut album. His hits have gone gold and platinum in 25 countries, but little is known about the man behind the music. This film promises to give fans and music lovers an insight into the unbelievable world of a superstar artist, from the highs of playing to packed stadiums around the world to the lows of illness and struggling to get back to the stage. We are very excited to see the finished project later this year.”

Even during this moment of mourning for Avicii’s career, you can tell he remains positive and optimistic about his future as he says at the end of his heart felt letter, “I will however never let go of music – I will continue to speak to my fans through it, but I’ve decided this 2016 run will be my last tour and last shows. Let’s make them go out with a bang! One part of me can never say never, I could be back …but I won’t be right back.”