Josh Pan, GTA and Getter came together to bring us Djing on Acid Episode 1, and holy ship this track is wild. Pan and Getter are both currently signed to OWSLA, which features some of the hardest names in EDM. Both are known for being hilarious, so it makes sense they made such an unconventional track together. GTA brings in a classic hip hop touch and equally hilarious commentary, all rolled into one hell of an experimental dubstep/trap production.

This mix, recorded January 13 at Holy Ship’s Theater Stage, starts with some seriously dirty trap. Pan takes us through his trip, commentating on how the drug influenced the production (which I’m not 100% sure he took, but…) – and the mix really reflects the ups, downs, and chaos that was more than likely occurring in his head. Almost halfway through, GTA and Getter come in and provide their own personal touches, pulling the song through some serious waves. Check it out for yourself below:

Honestly, this mix brings in the best of everything. It’s got Blackstreet, it’s got Nicki Minaj, it’s got Pan making fun of Nicki Minaj… all listeners are literally obsessed. See below. 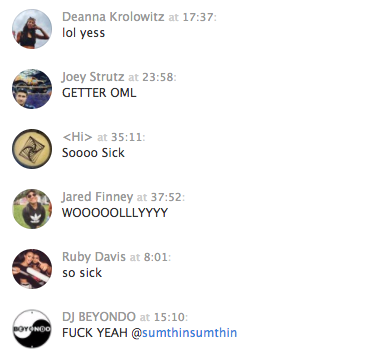 This being Episode 1 can only lead me to believe there are going to be more episodes with more features and sick collabs. And who knows, maybe he’ll try a different hallucinogen next time and see where that takes his music. A girl can dream, right?

If you want to find a song in the set, check out the tracklist here.