We’ve got a hot lineup this weekend with a doubleheader from hardtrap leader SayMyName on Friday the 19th and Saturday the 20th. Also on Saturday, Loudpvck and Bailo rock downstairs Monarch, while Low Steppa keeps things deep upstairs at Scarlet. 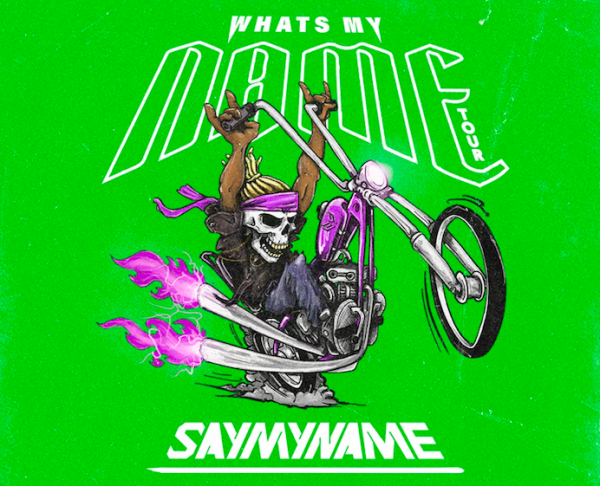 If by some chance you haven’t heard of SayMyName yet, you soon will. He’s at the forefront of the ‘hardtrap’ movement that’s only growing in popularity. He’s often referred to as the godfather of the hardtrap genre and as soon as you listen to his music you’ll understand why. He was the 2013 winner of Insomniac’s Discovery Project and has been hitting lineups and performing shows around the country since then. The L.A. based producer is returning to Arizona one (or twice) again this weekend, and we know all of his SayMyName soldiers will show out! 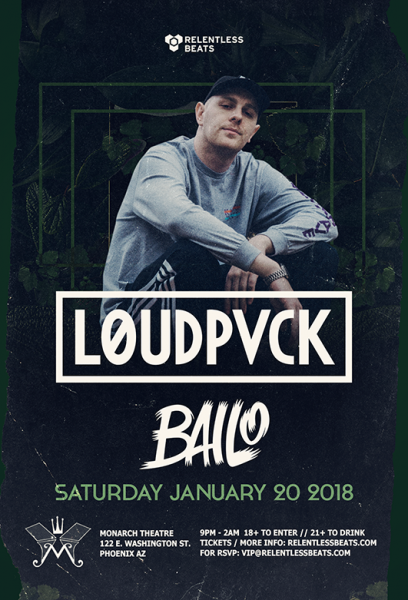 Ryan Marks and Kenny Beats came together to create LOUDPVCK in 2009, and have been destroying the scene ever since. The two create an upbeat and unique brand of bass music incorporating all sorts of unusual sounds. They’ve grown immensely over the years and released a huge catalog of music in 2017 alone including “Gone,” “Traffic,” and “Bones.” Growing up in New York, Bailo developed his love for music as he spent time singing with his grandfather. What started as a love for singing has transitioned into a journey producing top-tier trap music. Bailo has taken tracks of all sorts and added his own ingredients to spice it up a bit. He has worked with rising talent in bass music including Riot Ten, Kennedy Jones, Herobust, and more, putting out fresh new sounds for electronic-lovers to indulge in. Together, these two DJs will be tearing Monarch Theatre up with their vicious beats this weekend. 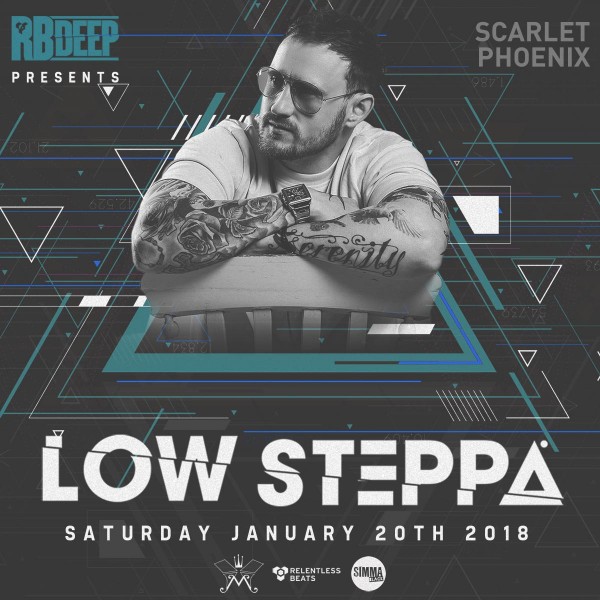 Low Steppa has a knack for making club-ready tunes that keep a floor moving all night long. The UK producer made his entrance into the scene in 2013 but in short years he’s become a staple within the sector of house music. From his explosive bootleg of Route 94’s “My Love” to playing BBC Radio 1’s Big Weekend to Ibiza residencies, it’s safe to say Low Stepps is as in-demand as its possible to be. Catch him while ya can this weekend!