Brooks is one of the hottest producers on the market right now after releasing tracks with hit-makers like David Guetta and Martin Garrix, as well as releasing massive tracks on impressive labels and collectives like Spinnin’ Records and Future House Music. After such commendable achievements, he has solidified himself as a mainstay artist when it comes to the mainstage aesthetic.

Everything from his impactful melodies, quaking bass lines, to the professional quality of his tracks makes him standout amongst the rest. We were lucky enough to glean some insight into the Dutch producer’s creative process, as well as his experiences with working alongside some of the most talented names in dance music. 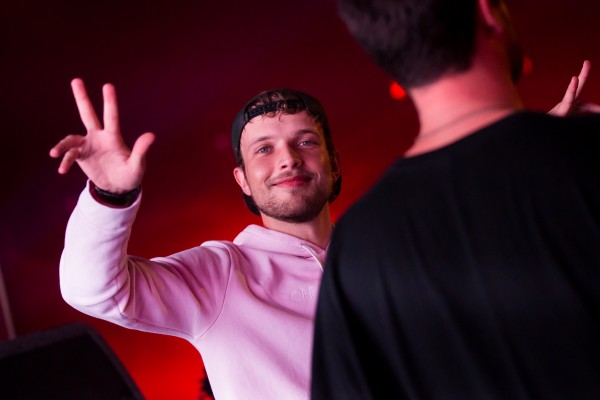 Currently, it seems that most people know you from your first collaboration with Martin Garrix, “Byte.”  How did you meet Martin and how did you know you wanted to work together?

As you may already know, I released most of my early tracks on FHM (Future House Music). A lot of those releases got some support from names like Garrix! Eventually Garrix was playing three out of four of my tracks in every set he played, which then led him to ask me for a remix of ‘Scared to be Lonely’. He loved the remix so we started talking (Facetime, email etc.) and by the next week, we ended up in his studio working on ‘Byte’.

You have a very distinct sound. So distinct, in fact, that YouTube is home to hundreds of tutorials on how to create your signature sounds. How does it feel to know amateur producers around the world are striving to achieve the same style that you’ve created?

I think it’s awesome that my sound is an example for other producers. A distinctive sound isn’t something that you create in a few hours. It takes a lot of time and spending many hours in the studio. Btw, you can check out my masterclasses on YouTube and see how I create that sound!

One of your fortés is writing catchy melodies. How did you develop this skill?  Do you have a background in music or play any instruments?

No, not really.  I taught myself to play the piano not that long ago, so I am a bit autodidactic. I do try a lot of different melodies when I am working on a specific track, so there were many other melodies before the final version was bounced haha.

What was it like to work with two of the biggest names in dance music, Martin Garrix and David Guetta, on your new song “Like I Do”?

Working with David Guetta was awesome! He’s one of my favorite people to work with because he loves to work on new stuff, which was super contagious. Sometimes, working on collabs or remixes with a strict deadline can feel like a chore; but with Guetta and Garrix, that wasn’t the case at all.

Could you tell us about your creative process on the production of the record?

It’s completely different each time. Sometimes I’m bored while traveling and just start working on a drop, but other times I’ll find a sick vocal and I’ll start processing it or making the break underneath it! When I’m writing melodies, I always try to design a unique and cool lead sound before coming up with melodies. When you have a cool lead, the melodies are going to sound way better. If I write melodies with a lame sound, I’ll never find a melody I’m happy with; but if I replace that sound with something cooler, its way easier to recognize that perfect melody! I unpick quite a lot of my process on one of my YouTube videos if you’re interested, deconstructing ‘Boomerang’ with Garrix.

You’ve had an impressive list of collaborators, including Showtek, Mike Williams, and more.  What other collaborations are on your bucket list right now?

This might sound a bit weird, but it must be Post Malone! I’ve been listening to his music a lot lately and I’ve watched some of his interviews and he just seems like a super chill guy to be in the studio with – it would be awesome if that ever happens!

What legacy do you want to leave with your music?

To be honest, I’ve never really had an end goal. A few years ago, I was ghost producing and making music for commercials and video games. I loved it, so I always had this feeling that as long as I was making music, I would be totally happy. So, I guess I just want to leave people as happy as I make myself by making the music I make and playing it out live.

And lastly, what can we expect from Brooks in the coming months?

Big things!! I’m not allowed to say much. But I can’t wait to share my projects with you.