Festivals have always been a place where creative expression can flourish. From the artist’s music and visuals to the attendee’s clothing and style of dance, festivals are a place to be your true self. But what do we do when one person’s expression becomes intrusive to another attendee’s experiences? This has been the debate surrounding festival totems for quite some time. Whether you love them or hate them, they’ve become a massive part of festival culture. By now, most festivals have put restrictions on totems, some going as far as banning them altogether. 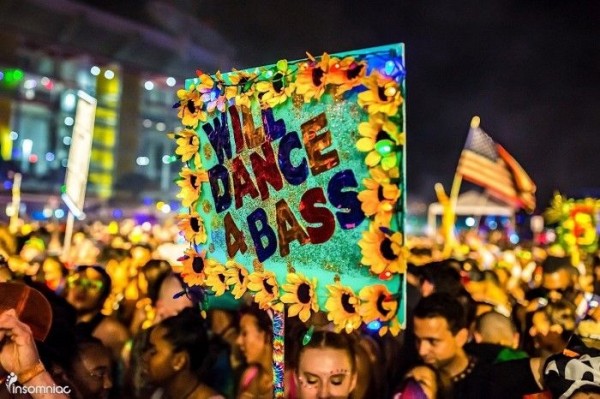 People make totems for a variety of reasons. First, as mentioned previously, they’re a way to express yourself creatively. Totems have come a long way in terms of effort and aesthetics. Many go to great lengths to make their totems stand out, whether with flashy color, bright lights, fun themes, or even making it 3D. The totem pictured below (courtesy of Phozee) may have even enhanced the experience for festival-goers with its intense lighting and psychedelic look. 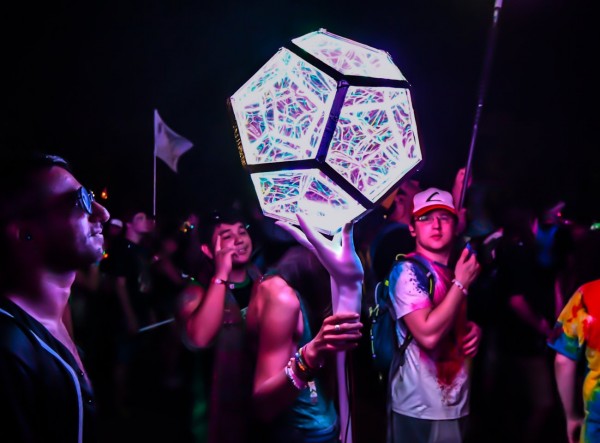 Totems have also become an excellent way to help find your festival fam. When you’re searching for your group of friends amongst a crowd of 30,000, that LED poster board with bright sequined flowers surely helps them stand out. In addition to that, totems can help you connect with attendees outside of your group. If you’ve been to a festival, you’ve likely seen a totem like the one pictured below. Whether you’ve lost your crew or you’re hitting the event alone, totems like this are an open invitation to make new friends, and we like that sh*t. 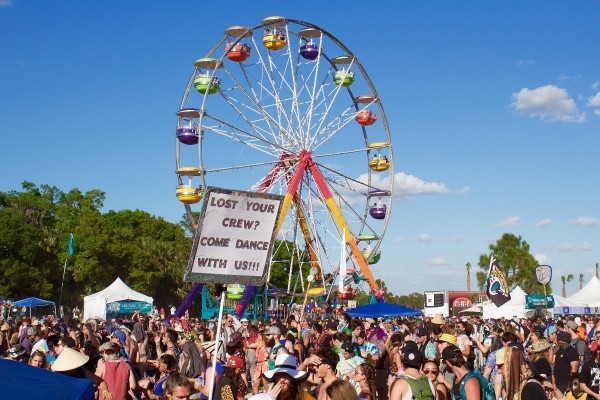 We don’t want to dwell too much on the negative, but it’s impossible to talk about the pros without touching on the cons of the festival totem takeover. While some totems are arguably works of art, others often lack the creative vigor we desire. A bare piece of poster board with scribbled Sharpie sentiments likely doesn’t enhance the experience for those around you. Instead, it can hinder the view of those behind you and act as a barrier between them and the visuals that accompany the performance. What’s worse than not being able to see the stage over the crowd? Not being able to see because you’re stuck behind a totem. 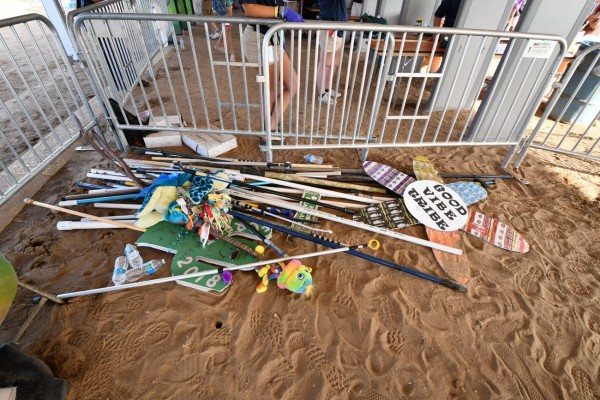 Totems can also be a burden on the person who brought them. Imagine running around a festival for hours at a time carrying a six-foot-tall craft project over your shoulder. It sounds exhausting at best, and when exhaustion hits, totems get left behind, dirtying the festival grounds and creating hazards for other attendees. Totems also become a safety hazard when in the hands of careless owners or surrounded by distracted attendees. When you’re lost in the music, the last thing you want is to be brought back to reality by a hard whack over the head from a totem.

The pros and cons of festival totems are relatively even. None of the points on either side call for immediate attention, yet we find ourselves having this conversation after every major event. Should they be allowed? Should they be restricted? What often draws attendees to festivals (besides the music, of course) is the carefree, anything-goes environment. Adding restrictions to something that attendees use to express themselves begs the question: does this go against the entire premise that festival culture was built on, or does adding restrictions help ensure the experience festivals promise to give?

We want to know where you stand on festival totems. Fill out this form to make your opinion heard!