When I tell some of my friends about the annual Electric Daisy Carnival I attend in Las Vegas each year, I always get the same response: “How do you do a three-day festival?!” My answer is always the same…

Less than three days isn’t enough to experience all EDC has to offer. You have hundreds of artists playing across eight massive stages and seven art cars, and chances are good you’ll spend most of your time either dancing in the grass at Cosmic Meadow or power walking across the grounds to Circuit Grounds to catch half of a set from one of your other favorite artists. Not to mention the carnival rides, performers, art installations, food and drinks, merch, etc. The list goes on and on. When you get a rare opportunity to explore without missing a set you really care about, there is so much to find, and the best gems are the ones you stumble upon accidentally. Read on for some of the best-hidden gems at this year’s EDC Las Vegas.

This was a popular hangout spot this year for ravers to take a break in between sets. Pixel Forest was made up of bright, LED art installations, old school video games, hammocks, it’s very own Forest House art car, and an immersive pixel tunnel with sensory stimulating lights and bass that tripped everyone out in the best of ways. 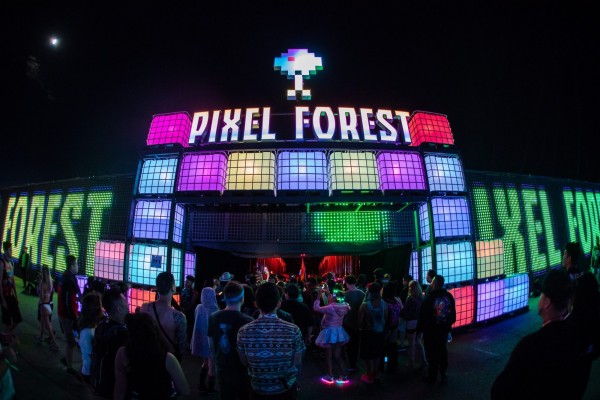 This year, EDC debuted Downtown EDC, a happening hangout area near Cosmic Meadow featuring a mini-bar (quite literally–the bartenders were all little people), a chapel where weddings were actually occurring, a silent disco, art installations, and more. This is also where attendees could find the para luna, a giant, spinning disc of LED’s set to classical music playing on the speakers. 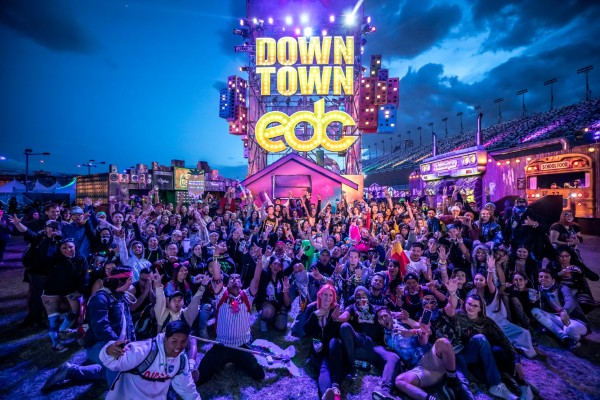 The Tesla Coil trio performs off and on throughout each night near Daisy Lane and festival-goers can expect a performance to begin soon once they see a crowd start to gather. The performance is spectacular, featuring three dancers dressed as warriors throwing 5,000 degrees Fahrenheit of Tesla Coil lightning at each other. 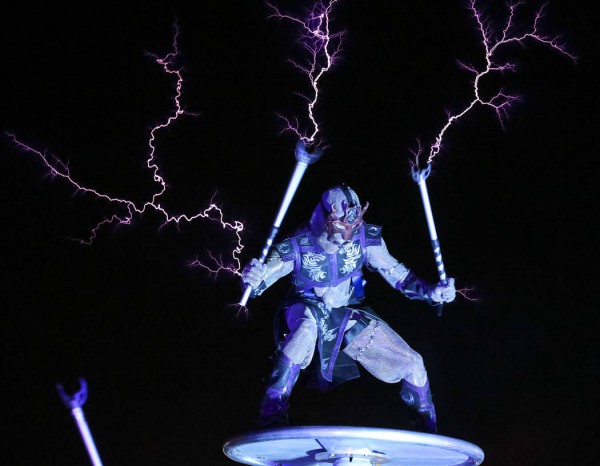 We can’t leave out Camp EDC, which featured more activities than you can imagine in its second year of action. Some of the fun festivities this year included goat yoga, headbanger’s therapy, standup comedy, scavenger hunts, water balloon fights, hula hoop workshop, a twerk and shuffle workshop, and many many more. 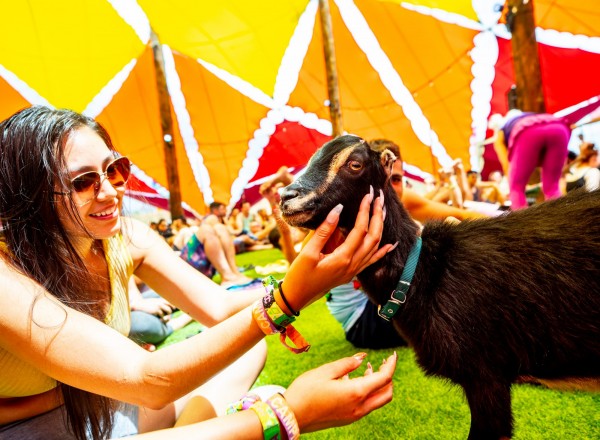