Saturday we’ve got a hot lineup or local talent to keep you entertained all day at our free Release Pool Party, and by night we’ve got HE$H and Bommer ready to dominate at AURA Tempe. Sunday catch Porky & Lubelski providing the funky beats at Shady Park. 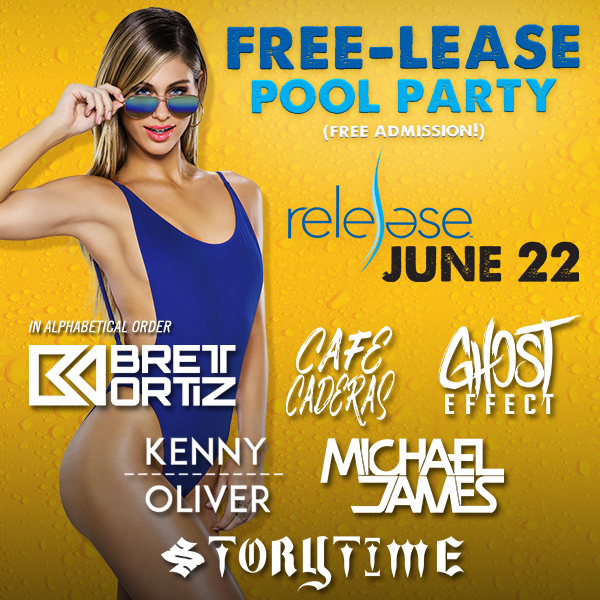 As the temperatures continue to rise you’ll find us running towards the water, and nothing gets us more excited than a FREE pool party. This Saturday come relax poolside and listen to sounds from some of the Valley’s freshest talents! 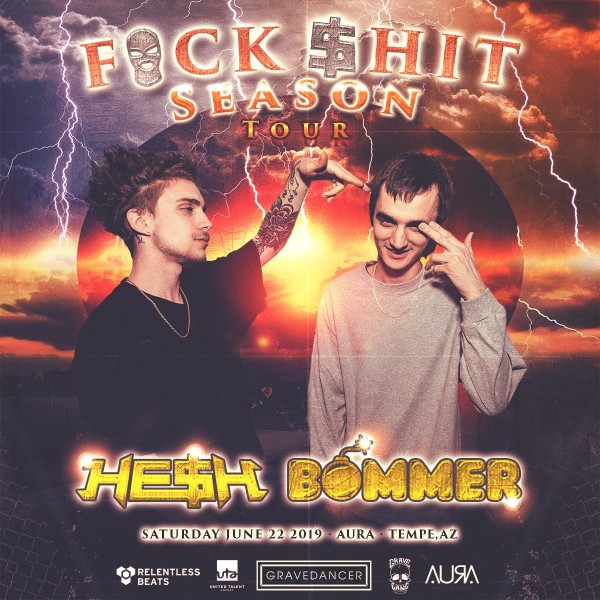 Joey Verrando is a Dallas-based dubstep producer who goes by the stage name of HE$H. Verrando discovered dubstep around age 13 when his sister showed him one of her CDs. He became interested in the various sounds associated with the genre, which led to his path to production.  HE$H has toured with artists like Excision and Blunts and Blondes, as well as played numerous festivals across the states, including Wobbleland and Lost Lands.

St. Louis native Zack Bommer, also known simply as Bommer on stage, is an impressive testament to hard work in the electronic community. He’s been pressed to improve his craft ever since he first started playing local bars before dubstep was even commonly known. Now, over four years later, people definitely know dubstep, and more and more know who Bommer is with every new track he puts out. His latest, a heavy dripping dubstep collaboration with Point.Blank called “Drive By,” is sure to carry him higher than he’s ever been. 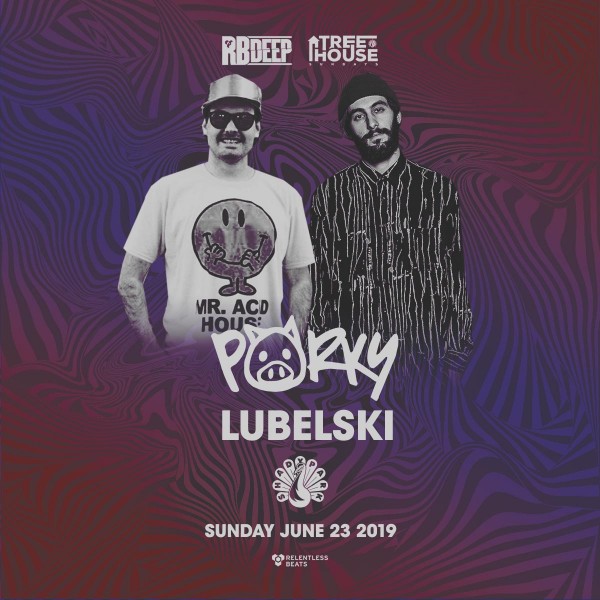 San Diego native David Leon, aka Porky, is a member of the Desert Hearts family, a group of four unique music makers co-founding a “nomadic gathering.” Staring in November of 2012, the quintet invited some 200 odd people to meet in the Mojave Desert for an intimate part festival, part boutique, part record label experience. The movement took off and has become the most loveable house and techno event on the west coast. Leon contributes his unpredictable and versatile style to the group, dishing out technicolor tracks and crowd-pleasing house to this underground scene.

Joining him is LA’s Lubelski creating wild synths and distinct beats for fellow music appreciators. Taking off with his Revolution EP and continuing to make music to get to the Beatport Top 15 with “Favela Funk,” Jake Lubell has made a name for himself among the scene. He has performed on the stages of Desert Hearts Festival, FNGRS CRSSD, Decibel Festival, and Listed while transforming the dance floors of nightclubs across the country. Lubelski has received praise from producers like Doc Martin, Claude VonStroke, David Scuba, and many more to come. As he continues to bring the world of psychedelic house to new audiences, he remains connected to the history of the underground.