Folk Melodic Dubstep? Here’s what Trivecta has to say…

You may know who the electronic dancer producer, Trivecta is. He might be as the DJ who makes you cry while you headbang. Or that guy you might’ve seen a couple of weekends ago at the Heartbreakers Pod Concert Event. Or maybe, that guy who makes Folk Melodic Dubstep. Yeah, that’s right, folks. Folk. Melodic. Dubstep. 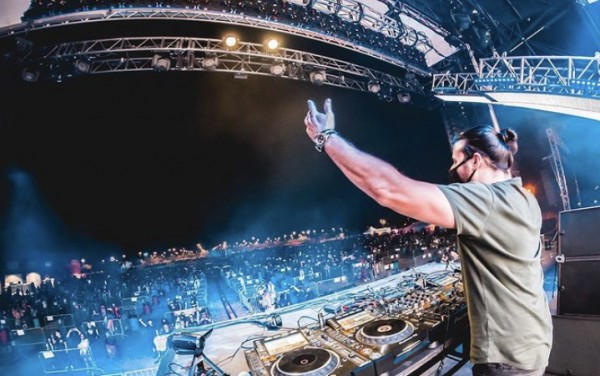 Trivecta, also known as Sam Dobkin, has created a magical, inspiring presence for Ophelia Records and the electronic dance music community as a whole. Listed on his website, Trivecta’s self-described goal for producing music is “making dubstep beautiful again”. With this goal in mind, he has exceeded his expectation and even developed his own genre, Folk Melodic Dubstep.

So what exactly is Folk Melodic Dubstep, and where did this idea come from? Folk Melodic Dubstep is a fusion of three genres: Folk Music, Future Bass, and Dubstep (“Melodic Dubstep” being a combination of Future Bass and Dubstep). Trivecta’s inspiration came from Folk artists such as Mumford and Sons and Of Monsters and Men, where their music is acoustic, heartfelt, and folklore driven. Trivecta found a way to incorporate their style into his music, and released his first Folk Bass EP, Everyday, in April 2020.

Sources on Twitter show that he’s working on creating his 2nd Folk Bass Project. This is a tweet from a fan that he directly quoted:

He also made a big statement regarding his thoughts on releasing music during the pandemic:

Trivecta has made it apparent that he genuinely cares for his fans and community. His impact on the electronic music world leaves his listeners in awe.