Eric Seall, who you likely know as Ace Aura, has come a long way since he started producing nine years ago. He’s developed his own signature sound within the bass scene, and has become one of the leading producers in melodic riddim right now. I had the opportunity to sit down with Ace Aura after his set at Goldrush to talk about recently graduating college, the creative process behind some of his new music, and his definition of a genre he’s made his own, melodic riddim. Check it out below! 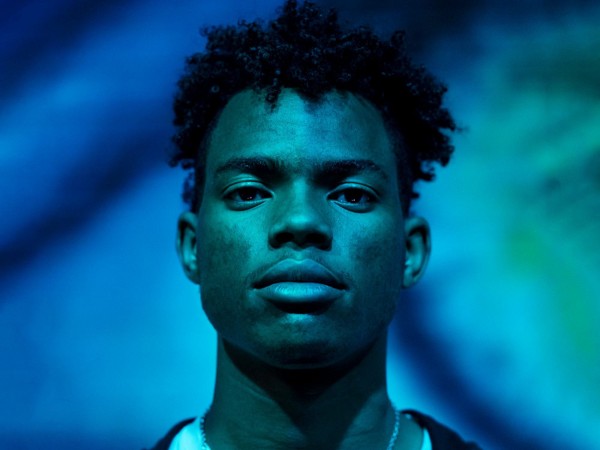 So, you recently graduated college (congrats!) and are now a full-time DJ and producer. How does it feel?

It’s great! I know when I was in school, it was always a toss-up in my mind whether or not I would be able to do DJing full time, and that’s what I’ve always wanted to do ever since I started producing in like 2012. But it didn’t really become a thing that seemed reasonable to me until 2019, which is when I think things started moving forward. That’s when I got a manager and I started to get a few scattered shows, like local shows. Signed with a booking agency in 2020 and things have just gone up from there.

How did you balance your studies and your music career?

Not well *laughs* I did well enough to pass with pretty good grades and graduate of course, but it was definitely interesting, especially from my sophomore year forward. Freshman year I was definitely focused on school, but I think around my sophomore year is when I realized I wouldn’t feel satisfied doing Computer Science stuff full time, so I started to put a lot more of my effort into music, so I started treating school as my backup plan and music more as my main career, like my main drive. It was definitely interesting balancing the two, like I would finish school, work, and in my free time I would work on music. It was hard to balance working on school, having a social life, and then working on music. But it worked out.

Do you feel like your studies in Computer Science have played a part in your production at all?

Not really. Maybe a little bit. This is very nerdy… but in Ableton, the software I use, there’s a way you can program your own devices called Max For Live, and I’ve used that a little to kind of create my own things that I can use to put effects on sounds. But other than that I haven’t used it much. In the future, I think it might be cool to create plugins for music software under the Ace Aura brand and make that part of my thing, but I haven’t really put that into action yet.

Many consider you one of the pioneers of ‘melodic riddim’ and ‘color bass’ a very unique subgenre that can be a bit difficult to explain. How would you describe color bass to somebody who is new to the genre?

Well I know there’s a ton of different terms that people have coined for the style of melodic heavy music. I know Chime coined color bass. I kinda use the term melodic riddim mostly and then Oolacile coined the term future riddim. They’re all kinda the same but different in their own ways. It’s like melodic music but also heavy. Very forward-thinking stuff. I’ve heard a lot of artists do melodic sections of their songs and then heavy sections of their songs. What I try to do is combine the melodic stuff and the heavy stuff into one element. Like the heaviness IS melodic and that’s kinda what I try to do usually.

It seems like the subgenre is really growing right now. Why do you think it’s resonating with more fans recently?

That’s a good question. I think part of it is that it reaches out to both the melodic music and the heavy music demographics so people that enjoy both could enjoy this middle ground or combination of the two. And I think for myself, the reason I developed it or the reason why I drifted toward this kind of music is because I was getting kind of tired of just heavy music I guess? Of course I enjoy it a lot because I make it, but I knew there was something more to it that a lot of people weren’t doing that I wanted to hear in it, and so I tried hard to bring my own things to the table, like making it even more melodic. Also, at the time I didn’t really like melodic music that much either, just because I like heavy stuff, and when it’s just melody and chorus it doesn’t feel as intense as it could be, so I’m trying to bridge the gap between the two, if that makes sense.

Do you plan to explore other genres in the future or continue expanding and developing your own signature style?

I mean any time an artist is developing their own signature style and staying true to their own influences and what they want to do creatively, there’s going to be an evolution there. I’ve been listening to a lot of hardwave, which is a genre that combines trap and trance elements basically, and I’ve been incorporating a lot of that into my recent music and combining it with the melodic riddim thing to bring a unique style to the table. I don’t know, I’ve been having a lot of writer’s blocks I think because I’m creating the same thing over and over, and so bringing in new influences is one way I stay feeling creatively fulfilled, like I’m not just creating the same song over and over again.

You put out a ton of great releases over the last two years. How did the pandemic affect your creative process?

Ooh, very good question. I think part of it is definitely the fact that school went all online instead of in-person classes. That was very helpful for me having time to work on music, especially that first semester when things went online just all of a sudden with no warning. A lot of the professors just didn’t know what to do and so the classes became really easy so that definitely helped a lot because I had more time to work on music. Also at the time, shows just weren’t happening. A lot of the time people make music that caters to shows, or live audiences, so I think it gave me more of a chance to experiment, because I knew shows weren’t happening and so I didn’t feel like I had to create like the “cookie-cutter, this is the type of song that goes well live” type stuff. So I think it was a good thing for me creatively, for the most part.

You just dropped a new single “Destiny” earlier this week. What was the creation process like for this track?

That was definitely an interesting process. So it started out as an edit of Zedd’s track “Clarity.” I took the “Clarity” vocal and put stuff behind it like musically and made that a thing I played live for a while. After a while I saw it did really really well whenever I played it live, so I thought “I should make this an original.” So I reached out to a vocalist, Emily Makis, I think my manager actually found her. She does a lot of like UK drum and bass stuff. She sang over the track, gave us a vocal and we really liked it so we did that. The reason she’s not credited, which sucks, is I think she has an agreement with a label right now that won’t let her do features outside the label and so we weren’t able to credit her. I wanted her name on it because it was really good, but that’s kinda the story behind it.

We’re excited to have you here at Goldrush for your Arizona debut! Every year, we use the Goldrush hashtag #canyoudigit. What are three things you’re really digging right now?

Oh goodness, anything?? That is so difficult… alright, I feel like it’s a cop-out answer to say my fiancé. She’s amazing, we got engaged in June and I’m really looking forward to starting our life together next year, it’s going to be so fun.

Another thing that I’m really digging… Hardwave music, cause that’s kind of a new genre to me. It’s a style of music that I have listened to and I would hear it every once in a while and then just not know what the genre was called but I really enjoyed it. A few artists you could mention that do that genre are Deadcrow, Skeler, and Teneki.

A third thing I’m digging as of late… I guess that I’m getting back into the gym again, which is really nice. I’ve always been an off-and-on person when it came to lifting weights and stuff. I’d go a month or so working out pretty consistently, like a few times a week, and then three months where I just didn’t work out. But for the past month or so I’ve been kinda back at it and trying to keep that as a priority, and that’s been fun.

Ace Aura was a pleasure to chat with and we’re truly excited to see where his career takes him from here. After making his Arizona debut here at Goldrush, I hope it’s the first of many stops in the valley.