What So Not @ Monarch Theatre 2 Year Anniversary

Headliner What So Not

Hailing from the sandstone bedrock that is Sydney, ‘WHAT SO NOT’ set their sights on the world in 2013. One part electronica breakthrough ‘Flume’, one part Aussie all star ‘Emoh Instead’, this young duo caused quite a stir in the year gone.  Transcending genre & BPM, their highly intense live shows & sound had them Dubbed ‘Voice of the ADD generation’. ’7 Dollar Bill’, their debut EP, was praised by; Switch, Bag Raiders, Sinden, Boys Noize & the like.  Read more…

RSVP to the event on Facebook and buy tickets with the links above. For reservations information, email vip@relentlessbeats.com.   Learn more about What So Not.  Join our text list by filling out the form in the upper right of this page or texting RB VIP to 88202.

About What So Not

What So Not has been spearheading Australia’s latest electronica revival with boundary-pushing bass since 2011. Hailing from Sydney, What So Not dominated the city’s club circuit with his dancefloor-ready heaters, including a window-shattering remix of Major Lazer’s ‘Get Free’, which became omnipresent at festivals around … Read More 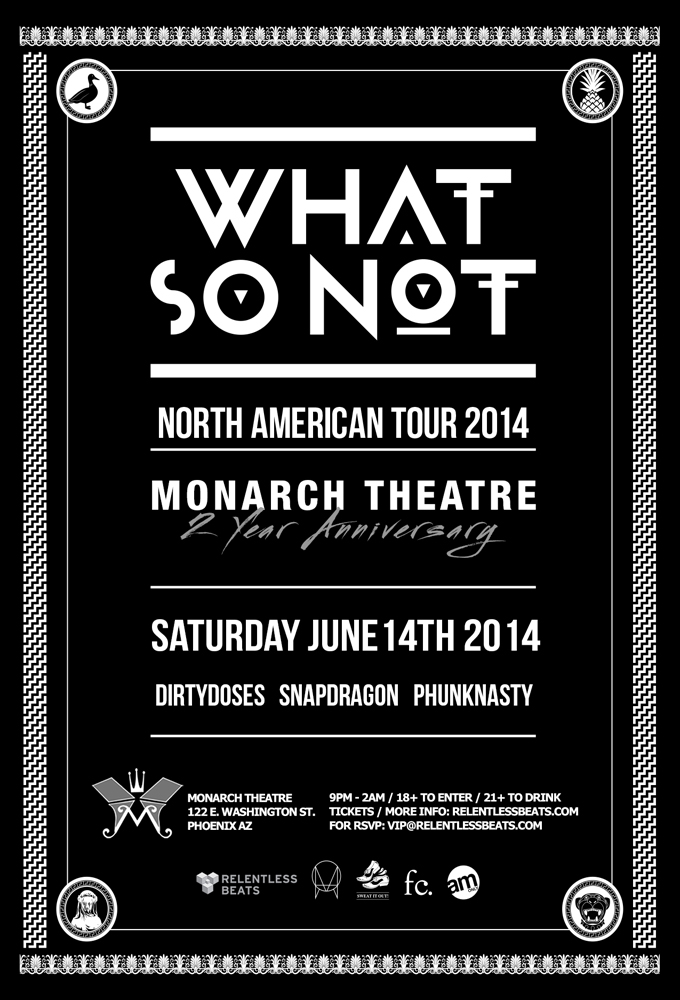