Sundays are for meant for planning next Saturday, right? Well get out your calendars and mark Oct. 13th with an X because RB is bringing his trap and bass to Salt Tacos & Tequila with the seasoned producer, Jayceeoh. For this Sunday Funday let’s nurse our hangovers with the fire beats of Jayceeoh. 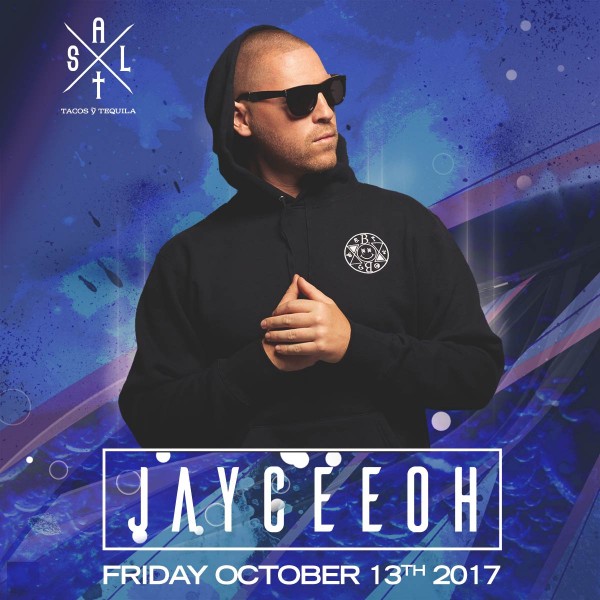 Maybe one of the most impressive aspects of Jake Osher’s music career is his never-ending list of accomplishments, projects, fun facts. Most professional producers start and end their career under the electronic umbrella, but not this guy. Jayceeoh attended Taylor Allderdice High School in Pittsburgh, PA along with classmate and friend Wiz Khalifa. As the two broke into the music industry, Jayceeoh accompanied Wiz on tours, shows, and mixtapes. Many don’t know this, but while attending University in Boston Jayceeoh had control over the radio station WERS and was responsible for spreading the Taylor Gang sounds all over back east, pretty cool! After breaking out of the hip hop scene, Jayceeoh put his focus on producing which was a career change we are all grateful. His hip hop influences remain present, but his bass-heavy and unique sound are truly his own and its adored worldwide.

As if being a top-performing producer wasn’t enough, Jayceeoh is constantly embarking on new joint-ventures and adding to his list of wins. A little over a year ago, legendary rapper and music icon, Redman, has joined forces with Jayceeoh to bring music lovers everywhere “something different”. This collaboration has been extremely well received well, and Diplo agrees.

We’re not finished yet! The cherry on top of a thriving career is the creation of Jayceeoh’s record Label, Super 7 Series. The “Super 7” brand was originally established as one of the most popular mixtape series of its time. Now continuing on its dynasty, this record label features the likes of Party Favor, Lookas, nghtmre, TWRK, and many more. This Friday the 13th, RB is bringing luck with Jayceeoh, grab your tickets here.