Born Hannah Alicia Smith, Birmingham-based DJ and producer Hannah Wants, has developed quite a name for herself, thanks to accolades like Mixmag’s 2014 Star of the Year and the DJ Award’s Best Bass DJ of 2015, and performances at EDC Las Vegas, Coachella, and a six-year residency at Amnesia in Ibiza. The self-taught artist discovered her passion at her first DJ show at age 16, prompting her to practice at home, where she started experimenting with Speed Garage and Bassline House. By 18, she was playing at local bars and spending seasons in Ibiza. This all occurred around the same time as her professional football career, in which she played for England’s national women’s team for over a decade before retiring at age 23 to focus on her music career.

We had a chance to speak with the house music star ahead of her upcoming performance in Arizona. Check it out below. 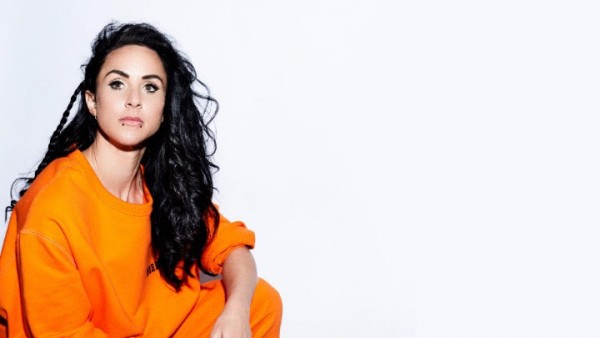 You’re about to head out on a North American tour. What is your favorite thing about being on the road?

Traveling the world is something I always wanted to do growing up. I get to travel the world whilst living out my dream career so I always get moments whilst on tour where I’m just like “wow, is this real life!?”. I enjoy just generally observing the vibe of each city but my favourite thing, of course, is being able to DJ to people all around the globe, that’s mega special!

How does playing in the UK differ from playing here in North America?

I’m happy to say I’ve played in some absolutely amazing clubs in both the UK and N.A which is always a bonus but it is quite different IMO, dance moves being one of the standout features for sure! Whenever I tour in N.A I’m always taken aback by how friendly and chatty the ravers are. People who obviously follow my socials and know what I’m into often bring me letters and presents, it’s super cute! Always humbled by my support out here!

You’ve been named ‘Best Breakthrough DJ’ and ‘Star of the Year’ in the past. What’s changed for you since then? What do you think the next five years will bring?

I don’t think that those individual awards necessarily changed anything but my awards and recognitions have played a part in my overall journey for sure! I think the next five years is going to bring the best of me yet. For the first time in eight years, I took a couple of months out and I’ve come back fresher and more inspired than ever.

What advice can you give to women producers/DJs trying to pave their way into the music industry?

I’d say to not expect things to happen overnight, it was around 3 years before I got my first paid gig but if you’re DJ’ing because it’s a passion it doesn’t matter. Stay true to yourself and your sound, work hard oh and don’t be a dickhead DJ. Nice people crew all the way!

2018 is looking to be a good year for you with the release of your recent single “Girls & Boys.” What else will 2018 bring to Hannah Wants?

I’m looking forward to this year more than I have any other year. After taking about 2 years to find my sound as a solo artist in the studio I’ve got the biggest batch of music that I’ve ever had and I’m very proud of it. The music has been road tested throughout my UK Tour and I’m mega happy with the hype and reactions. The first single to be released will be called Bamboozle and to make the start of this new chapter in the life of Hannah Wants it’s getting released on my brand new label Etiquette.

What can fans expect from you during your upcoming show at Shady Park? The venue brings major vibes!

My fans can expect a big show! I’m coming with the freshest house, bass and tech music along with lots of unheard Hannah Wants material, I can’t wait!

Be sure to catch Hannah Wants at Shady Park in Tempe on Saturday, April 21. Grab your tickets here.