RB Exclusive Interview: The Low Down From SoDown Ahead of Goldrush

Ehren Wright, better known as SoDown, became fascinated with electronic music after seeing Pretty Lights perform at Red Rocks Amphitheatre in 2010. Fast-forward seven years and SoDown recently opened for the producer at the same iconic venue. Self-taught on the saxophone, Wright has been constructing his own subgenre of funky bass music for years and regularly incorporates old-school brass gadgets into his singles and live sets alike. His latest tracks include a wide array of musical talents, including his keen ear for sound design and production as well as his never-ending dedication to organic instrumentation.

SoDown has become a staple in the Colorado scene, selling out many shows across the state. Already this year SoDown has commanded stages at Coachella, Gem & Jam, Envision Music Festival, Summer Camp Music Festival, Electric Forest, Global Dance, and our very own Goldrush in just two under weeks. I had the opportunity to ask him a few questions ahead of his upcoming performance. 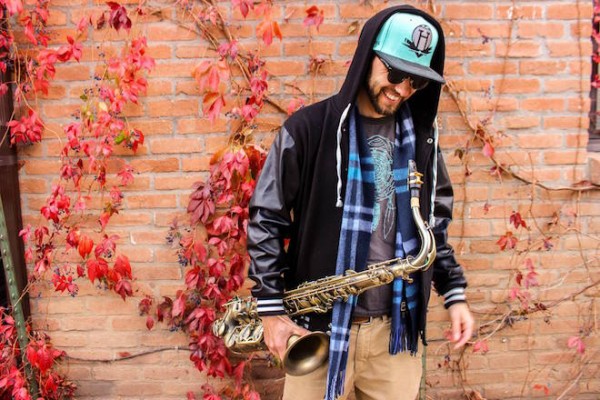 While doing a little research, I noticed the fact that you’re from Colorado seems to be brought up often. You work with a lot of fellow CO musicians and seem to play there rather frequently. How has being from Colorado influenced you as a producer?

I have so much love for my home state! There is a great musical community in Colorado. Everyone supports each other and wants to see each other succeed. It’s a beautiful place and I think that has a lot to do with the music that comes out of it. Being close to nature does something for the soul, something that inspires us.
With Sax and other instrumentals a staple in your music it’s easy for people to make a comparison to the likes of GRiZ or Big Gigantic. While those comparisons are flattering I’m sure, how would YOU describe your sound?

While I do make some funky or groovy oriented music, it’s only one facet of the music that comes out. I’m so inspired by the diversity of electronic music. I’ve started what I call the “GetDown Key” which is sub genres of my style represented by different shapes on the album art.

I finally had a chance to see you live this summer at Electric Forest. I was captivated by your set and I could tell others around me were, too. What have been some of your favorite performances this year?

Each and everyone is special to me in its own way, but some of the standouts for me have been; headlining the Ogden, Coachella, Electric Forest, Summer Camp, Sonic Bloom, and Global.

Where are you still dying to play?

You’ve put out a few singles already this year, but I hear there’s an EP coming soon. What can you tell us about it?

We are putting out my debut ‘SoHeavy’ EP here very soon. It’s full of bass music of all varieties, it’s my first time working on a project like this and I’m really happy with how it turned out.

There are so many emotions, feelings, and sounds that inspire me and I enjoy writing a wide variety of different sounds and styles. This SoHeavy EP is one of the many facets of my sound. Hope you dig it!

Don’t miss your chance to see what SoDown can throw down at this year’s Goldrush Music Festival. Grab tickets here.