Platinum-selling electronic artist, violinist, and multi-talented entertainer Lindsey Stirling and artist, producer, and songwriter Mako have released their new single “Lose You Now” along with an accompanying music video. PRESS HERE to download/stream. Written in memory of her father and best friend, “Lose You Now,” available via BMG, is an emotive pop song about loss and grief, stemming from Stirling’s instrumental-only track “Guardian” off her latest chart-topping studio album Artemis. “Lose You Now” was co-written by Stirling and Mako (Alex Seaver) and produced by Jason Evigan (Dua Lipa, Bebe Rexha, Jonas Brothers). PRESS HERE to watch the official music video for “Lose You Now,” directed and edited by Stirling and Stephen Mallett (Pentatonix, Logic, CHVRCHES).

“This song was on my album as an instrumental song, but I always knew it was really special,” shares Stirling. “I am so grateful for Mako for the lyrics he wrote to ‘Lose You Now’ because he perfectly captured the feelings I’d never been able to put into words. I actually balled like a baby the first time I heard his version. I felt like my father and best friend (both of whom have passed away) were giving me a big warm hug. Creating this song and the music video has brought me a sense of peace. The video is full of special memories and signs that represent the people I’ve lost. I used to have cereal picnics with my dad. Whenever I see a monarch butterfly, I feel like my friend Gavi is checking in on me. The little fox stuffed animal represents my baby niece, who passed away this summer. These little Easter eggs and many more make this video so special to me. Now, as we release it, I hope to share that hug and healing with the world. We can all use it right now.” 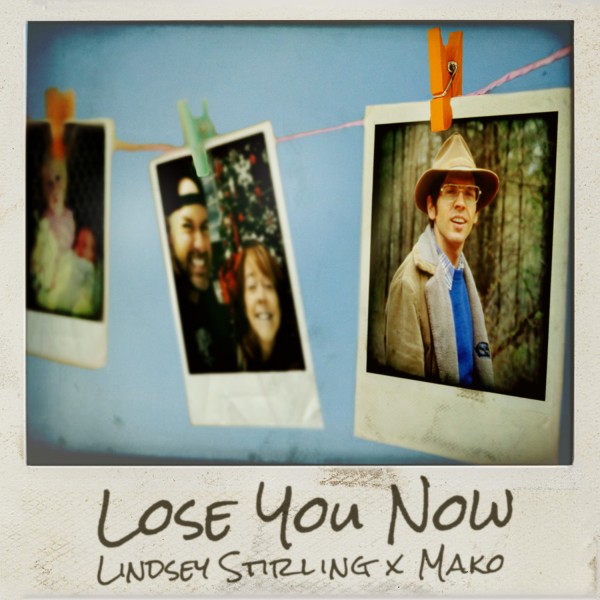 “This was a really special song for me to be a part of,” adds Mako. “I was so lucky to meet Lindsey while working on her recent album, when I worked on ‘Love Goes On And On’ with her and Amy Lee. More importantly, we became friends in that period of time. When word got to me that Lindsey was looking for a special vocal to accompany ‘Guardian,’ I remember being so completely moved by the subject of the song. Something about getting to know Lindsey and feeling a very sincere sense of care for her, the vocal just absolutely tumbled out. I remember getting choked up trying to even record it, it took me a few tries. I’m really grateful to be involved in this and looking forward to sharing the message of this song with everyone out there.”

Lindsey Stirling and Mako are hoping to embark across North America this summer on the Artemis World Tour, along with special guest Kiesza; visit www.lindseystirling.com/tour for all dates, ticketing info and updates.