Relentless Beats presented Life In Color – 2012 The E.N.D. Tour – Tucson on Friday, November 2, 2012 at Tucson Convention Center in Tucson, AZ. This show is All Ages.

Life In Color (formerly DayGlow) The World’s Largest Paint Party returns to Tucson for the third time, bigger and better then ever on Friday, November 2, 2012 at the Tucson Convention Center. Brighter lights, louder sound, and MORE PAINT then ever before. ALL NEW 2012 THE E.N.D. TOUR (Electronic.Never.Dies). Last tour we sold out over 70 cities!

Bus transportation is available to and from University of Arizona.

Various ancient cultures throughout history have predicted 2012 as the end of civilization. While this may mark the end of an era, we believe as the year draws to a close, the world is only gearing up for a new day. 2012 The E.N.D (Electronic Never Dies) is more than just a mere slogan, this is a movement. This is our time. To every beginning there is an end, and a chance for a Rebirth. Because, in The E.N.D we are not our jobs, our failures or our fears, we are every note of every song that made us close our eyes, reach for the sky and know we were home.

With The E.N.D. Tour, we will have unprecedented production and never-before-seen live performances. We are taking a unified stance & upholding our beliefs, that love, expression, music, creativity & most of all paint will be the only forces that will survive into the next generation of Life in Color. Electronic Never Dies, so embrace it like it’s your last opportunity to celebrate. #LIFEINCOLOR

Last tour we sold out over 70 cities! It was Dayglow’s most successful tour including international markets in Europe and South America. This tour we are back, with more cities and our largest production and show yet!

Be part of the new music culture, be part of The END.

Buy tickets and RSVP on Facebook with the links above. Join our text list by filling out the form in the upper right of the page or by texting RBVIP to 545-454.

Starting out in the mid-2000’s, Australian sisters Mim and Liv Nervo made their name by writing smash singles for artists like Ke$ha and Kylie Minogue, remixing superstars like Katy Perry and Thirty Seconds to Mars, and joining forces with David Guetta to co-write his Grammy-winning … Read More 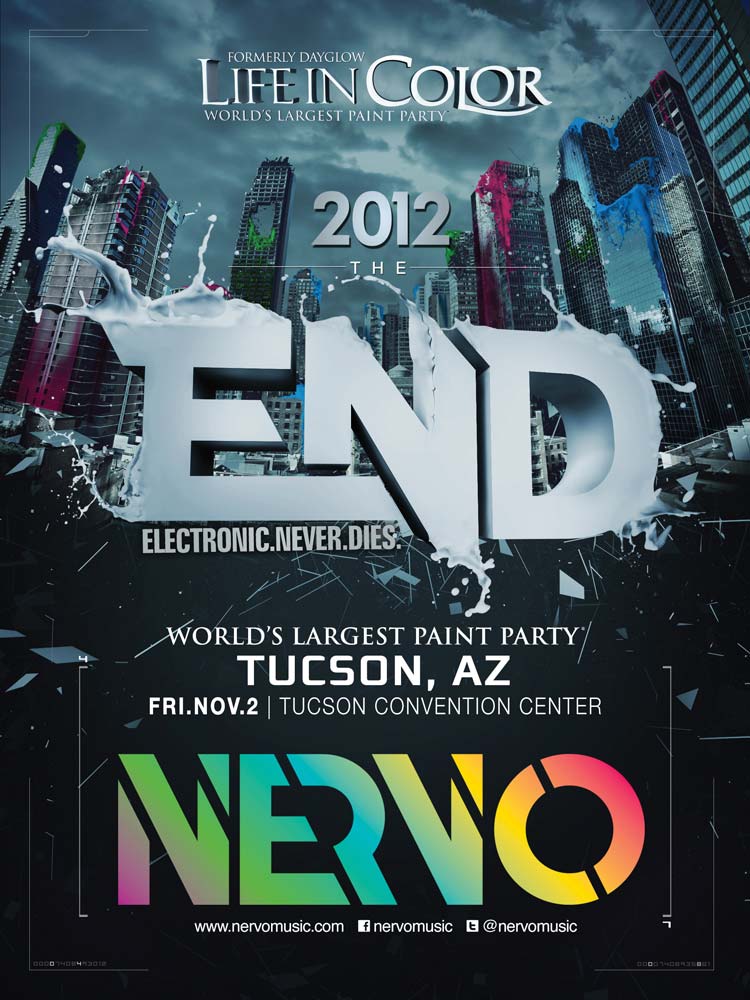