As if the DJs didn’t already have enough knobs and buttons on the turntables, Native Instruments has added a whole new element with more buttons but also giving them the power to mix tracks like never before. ‘Stems’ is new file type to replace audio files such as .mp3, .wav, .mp4 and more but will still be able to play anywhere the songs on your iPod can play. The revolutionary technology with Stems is that it splits each track into four separate pieces such as drums, lead synths, vocals, and harmonies or however the producer decides to split them.

What Is A Stem File

Stems will allow DJs to mix elements from different tracks live without going through the trouble of putting the songs together beforehand or downloading the a capellas. If you’ve ever imagined the vocals from one song with the melody of another, Stems is the answer making it easier than ever to intertwine that perfect mashup that you’ve created in your head.

While most people will get a headache trying to understand all of the controls on a DJ controller the new Traktor Kontrol from Native Instruments is relatively similar to the normal controller but with a few additions for control of all four elements of the tracks. 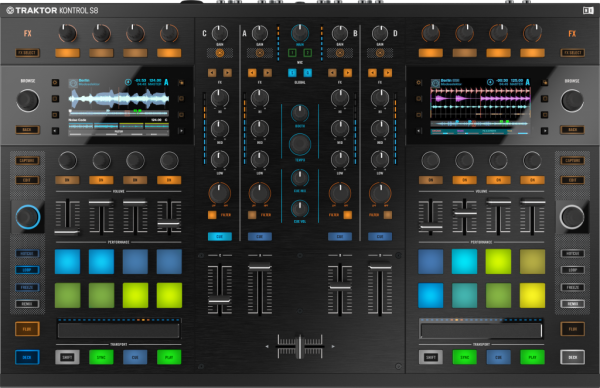 While Stems seems like a great idea to me, it will need support from producers and DJs alike for tracks to be made in the Stem format and to be purchased and played on stage. Stems is a public file format meaning any company can start making their DJ controllers with the four element controls for each track. With greater flexibility for mixing tracks Stems could bring an exciting new element for DJs and audiences.