Logan Light and Alex Seaver have two very different musical backgrounds. Light, a seasoned electronic music DJ, having played in front of some of the biggest names in the industry including Tiesto and Avicii, has spent the earlier years of his life honing his craft in an empty room, playing to no one but himself. Meanwhile, Seaver is a classically trained musician who studied at Julliard on a full-ride scholarship, playing with some of the most prestigious names in classically music to crowds of thousands in Carnegie Hall.

How is it then, that two people with such different backgrounds connect? Each of their worlds rely on a very contrasting audience and lifestyle. There are a couple of key elements in the story of Mako and their inception to consider. First, there is a quite coincidental and lucky incident that had occurred nearly 40 years prior to the groups formation. Each of their fathers were college roommates with each other at Syracuse University in 1976. As time passed and each of them lived out their lives, mastering their craft, there came a day when the two would finally meet. Having heard about each other’s existence via their fathers, Logan Light decided to invite this Julliard musician, Alex Seaver, to attend Electric Daisy Carnival 2011 with him. The rest is history.

When Alex Seaver consumed the world of music outside of classical, it was nothing short of an epiphany. The musical world of Logan Light was exactly what Seaver was missing in his classically trained life, it was a world of free range, free spirit, and ultimate musical creativity. After graduating, Alex moved to LA to begin collaborating with his new-found musical partner while also creating scores for television and film. He would take what he learned through composing at Julliard and apply these ingredients with the fresh new concept of electro beats and synthesizers. The finished product would be nothing short of unique. 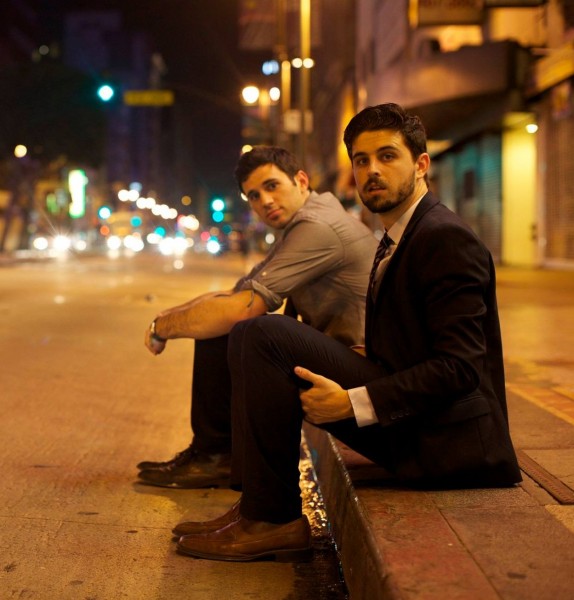 After creating a successful demo that attracted enough attention to become the central theme for the Fruit of the Loom Olympic campaign on NBC, this mesmerizing new duo released their first single, “Beam”. To label “Beam” as an accomplishment for Mako would be an understatement. This first single attained over 4 million listens via YouTube, while its music video is sitting comfortably at 1.5 million views. In addition, the single was prominently featured on SiriusXM’s BPM for over a year. When Revealed Recordings superstar producer/DJ, Dannic, created his remix for the track, there was absolutely no stopping its exponential rise to the spotlight.

After “Beam”, Mako was an electronic music force to be reckoned with. They released their first label track with Sander Van Doorn on Spinnin’ Records, “Into the Light”, which reached number 3 on Beatport and stayed top five for two consecutive weeks. Following, Seaver and Light have released tracks like “Our Story” and “Ghosts”, each of which feature vocals from Alex Seaver himself, “Sunburst”, which later turned into a collaboration between Mako and Madison Beer called “I Won’t Let You Walk Away”, and collabs with artists such as Paris & Simo and Steve Angello.

There is something that sets their productions apart from others in the game. To the oblivious ear, the classical undertones in their music may not be as prominent; however, if you really listen to the breakdowns of their tracks, they are all very cinematic and well calculated. Just this month, the pair released their latest single entitled “Smoke Filled Room”, which also features vocals from Seaver. The track tells a story, it elegantly blends the vocals with the soft piano in the background. Seamlessly, the classical vibes of the track take on the electronic party sound that incites the joy which is inherent in electronic music. The point is that Seaver and Light have taken the crafts that they have both perfected throughout their lives and exquisitely woven them in and out of each other to create music that bleeds quality and grace.

Mako is a part of the massive line-up coming to TomorrowWorld this year and you are not going to want to miss the opportunity to catch this unique sweet-sounding duo. Mako will be playing on Sunday September 27th. You can purchase you single-day or 3-day tickets here: http://www.tomorrowworld.com/tickets