We Are Your Friends offended DJs & producers worldwide

Many people went out to see We Are Your Friends featuring Zac Efron this last Friday when it was released in theaters. Not to many people’s surprise the movie did not live up to the hype that surrounded the release, and it ended up taking a huge loss at the box office. This is possibly due to many reasons including but not limited to the movie’s lack of understanding of how the industry works & Zac Efron probably not truly caring about the role in which he was in.

Making music is something that takes time, precision, attention to detail, and having many sleepless nights. This movie was extremely stereotypical and a poor portrayal of the DJ/Producer lifestyle. The producers of this movie were obviously trying to capitalize in the most objective way possible without even properly having comprehenstion of what they were getting themselves into.

The main issue many DJs had with the movie was how centered it was on drug use. Many DJs/Producers don’t use drugs, that’s not even in the slightest a part of the industry whatsoever. EDM legends like Porter Robinson & Bassnectar are outspoken and often extremely against drug use. As crazy as this might sound, some people actually enjoy music without being extremely messed up. That being said, I’m not going to blatantly lie & say that drug use is not relevant in the scene because we all know that isn’t true. On the otherhand I don’t believe your favorite DJs are doing PCP together, unless.. 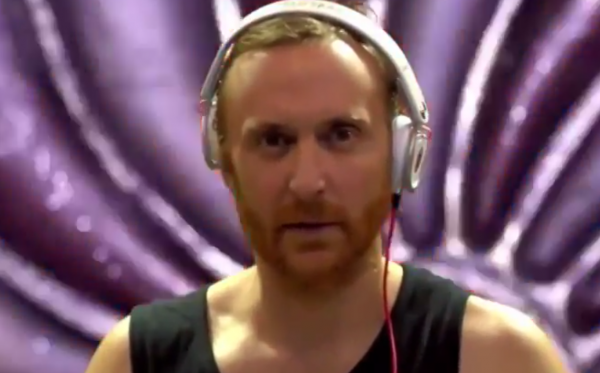 Fortunately if you have been seeing the articles popping up all over publications, I’m not the first person to point out how cheesey and un-reasonable this movie was. Here are a few quotes from successful DJs/Producers who saw the movie:

“I am offended that there wasn’t one character in the movie that didn’t partake in party drugs and stayed home from partying only to work on music alone until 5:00 A.M. This movie completely dodged their opportunity and their obligation to the young people out there to be inspiring and informatively show the dangers or risks involved with being a musician. Instead, they focused on what happens if you party too much. It’s honestly just a disgrace.” – Kennedy Jones

“It was a 10 on the bullshit scale. Not only because of how inaccurate the movie was, but also because of the fact that instead of evoking any sort of emotion or feeling, I was literally laughing at how comical the portrayal of an up-and-coming ‘DJ’ was.” – Mister Blaqk

“Going into it I knew it was gonna be a joke to someone like myself. I have been making music/DJing for years to get to the point I am now. So when the trailer tag lines were, ‘All you need is a laptop, a little talent,’ and ‘one song and you can become a huge DJ,’ I knew this movie was gonna be bullshit.” – Jayceeoh

“The writers made it more than obvious that they just wanted to capitalize on what they view as nothing more than just a popular current trend and hoped that a pretty boy would sell a terrible movie. They failed. Miserably. Sadly, so did Zac. When a great actor takes on a role, they investigate the actual person they are supposedly portraying. They dive into the world they are supposed to be creating in the movie. It seems like dude literally laid in his trailer on set with his homies doing whatever Zac Efron does, learned some lines off a piece of paper and pretty much just walked on set, said the lines and left.” – Kennedy Jones

“The movie kind of nailed the ‘help from a more famous DJ’ thing. In a lot of cases there is a super-talented kid who gets discovered and pushed by a higher up. But they don’t smoke PCP together.” – Getter

The only way “We Are Your Friends” can make a comeback is a sequel and in the first scene Zac walks in on @DILLONFRANCIS fu**in Zac’s girl. – @KennedyJonesTHO (Via Twitter)
It doesn’t end there. Funny or Die decided it would be a good idea to parody the official trailer of the movie, and the result is pure comedy..