This week’s edition of B-side weekly will focus on the mix of old and new, as we dedicate this week’s read to an album track from the lesser-known Elton John collaboration with the Australian dance-duo, Pnau. Released in 2012, the compilation went straight to number one on the UK Albums Chart, with many UK publications giving it the praise it deserved.

While Elton John’s music has always appealed to American audiences compared to his European counterparts, aptly named Good Morning To The Night, features eight to thirteen tracks (depending on which version you bought) that combine elements both vocal and instrumental. Stretching from very early in his career all the way to his early 1990s work, Good Morning To The Night blows a gust of fresh air onto his catalog, which can sometimes fade with the times post-1970s. While Elton John is respected by music fans young and old, the sound of this album pays respect to hits, album tracks, and obscure material all pushed into one copy with an updated guise of EDM, keeping the melodies, but introducing new production values. 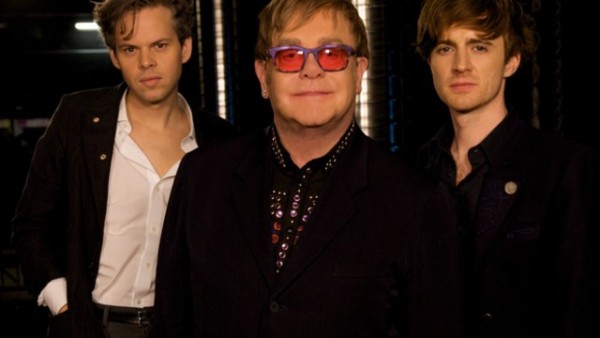 One of the more exciting tracks happens to be lucky track thirteen; entitled, “Sixty,” Pnau pays homage to three songs of the same tracks, but entirely different versions. Focusing on a specific track from the 1970 self-title second album, the song features a sample from the album track, one from an American radio performance in 1970, and one recorded years later in Australia, with the Melbourne Symphony in 1983. Interestingly enough, Pnau utilizes three of the most fan-adored versions of the song (post throat-surgery, and pre). What makes this track special, is the fact that you almost hear no Elton at all. While the beautiful piano riff from the radio performance, with its gritty vinyl-quality chords over the modern and fine-tuned percussion and cymbals, it’s impossible to miss some of the live instruments taken from the Melbourne symphony.

Ambiance is Pnau’s game, with trance elements that could make any stoner weep in joy. While the track revolves around one simple chord progression featured from “Sixty Years,” Pnau makes no secret of their love of natural sounds. While “organic” may not be the best term to describe the instrumentation, the remix utilizes traditional and orchestral instruments taken straight from the live versions of the song mentioned above (you might even catch a stray audience “whoo” if you listen hard enough).

One object of note is the ending, as the chord sequence progresses from straight piano to some of the other instruments that have been cycled in and out the Elton John Band. “Sixty,” while it definitely might be a turn-off for Baby Boomer EJ fanatics who capped off their music interests thirty years ago, it is a great instrumental tribute produced by a great duo that respects his fans enough to not only focus on something other than the hits, but also staying true to the original vision of the song.