Global Dance Festival AZ was born two years ago and made its debut at Tempe Beach Park with artists like Adventure Club, Steve Aoki, and Crizzly to name a few, and last year moved to Rawhide’s Wild West Town for a bigger and better Western themed edition of the festival. 2015’s Global featured Marshmello, NGHTMRE, RL Grime, Deorro, and more! If you’ve seen phase one for Global Dance Fest this year so far than you’re probably already hyped about some of the huge names announced on the line up including Bassnectar, Louis The Child, Galantis, Louis Futon, & Jack LNDN.

Today we are bringing you phase two for Global Dance Festival and we really can’t wait to share all the names that are joining us this year! Decadence is looking like it’s going to have a pretty good warm up concert if we say so ourselves because in addition to all of the names above we are also bringing Alison Wonderland, Cheat Codes, Datsik, Herobust, Joyryde, Lee Foss, Mat Zo, and Valentino Khan! 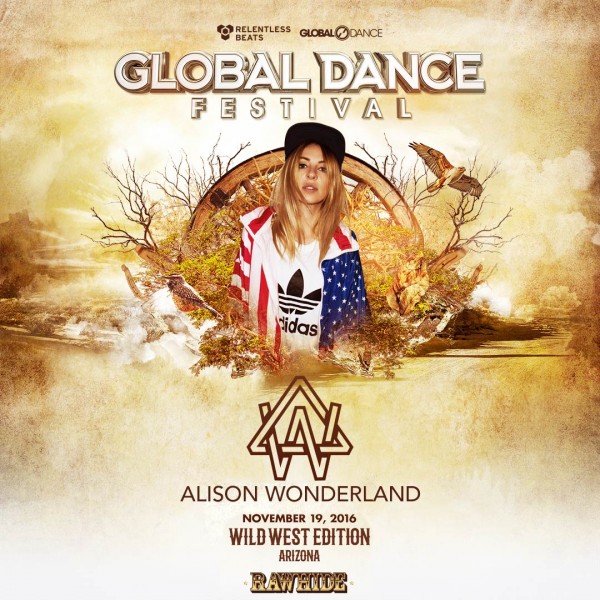 With a sound as big as her name is punny, Alison Wonderland is a Sydney-based producer and DJ who began her music career on the opposite side of the spectrum, as a classically trained cellist. Before releasing her first single in 2013 titled “Get Ready”, she had been a DJ around Sydney for a couple years, jumping from bar to bar across the Australian continent. In 2014 she signed with the EMI label and released the ironically titled “Calm Down”, which earned accolades from tastemakers like Annie Mac and Diplo, plus it featured the hit single “I Want U.”

Fast forward to the present day of 2016 and where our amazing Alex Sholler is and we can find her all over the map including Insomniac’s Nightowl radio, Mixmag articles, headlining EDC, and many more feats including the few mentioned a-forehand. Majoring in music manipulation with an emphasis in trap and future bass, when you hear the gritty electro synths in combination with boomy 808s, there’s really no reason for you to get down as our favorite girl DJ takes you to school. Her latest work of art is her album titled “Run”, which includes several of her other popular songs such as “Run“, “U Don’t Know“, and “Carry On“. If you want to listen to them head on over to Spotify to hear the whole album. 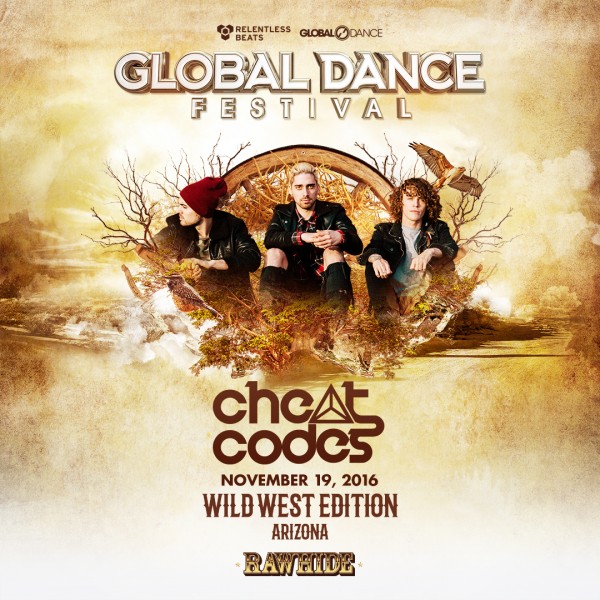 os Angeles-based electronic trio Cheat Codes debuted in 2015 with their single “Visions,” a floor-filling, radio-ready bite of house in a vein similar to Avicii and Swedish House Mafia. The three members of the group — Matthew Russell, Trevor Dahl, and Kevin Ford — each have deep roots in L.A., working on individual projects before joining forces for Cheat Codes. Their different backgrounds helped inform Cheat Codes’ stylistically varied sound, which can range from warm pop to outright big house bangers. After the release of “Visions,” they quickly followed with the tropical-tinged “Don’t Say No”, “Senses”, and “Adventure”.

Their latest track they put out titled “Sex” just two months ago, which borrowed the sentiment and chorus from the Salt-N- Pepa classic “Let’s Talk About Sex.” They’ve also toured with The Chainsmokers due to their similar progressive-pop style with smooth vocals that evoke feelings of euphoria and love. As they continue to grow from their mere beginnings just a little over a year ago, they gain more and more attention from all of the best artists all over the world. 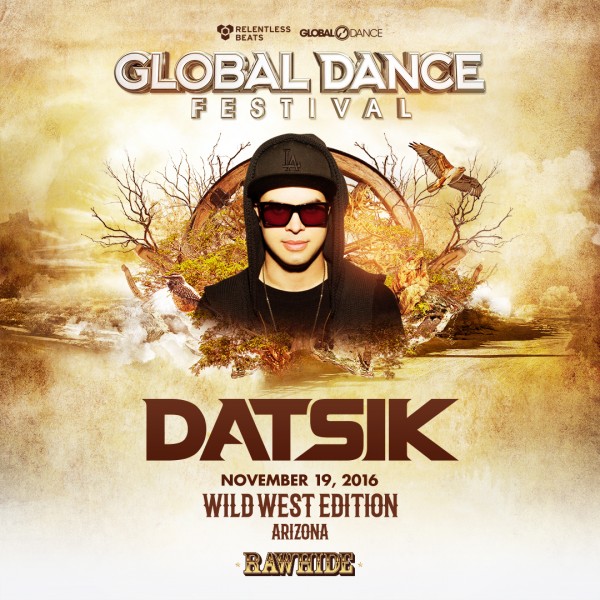 If you’re not familiar with Datsik, his real name is Troy Beetles. His roots are in dubstep and that’s probably what he is most known for, but he really will dominate anything that is considered bass music. Datsik took his initial steps into global dominance in 2009 with his first official release, the Nuke ‘Em EP, which set the new precedence of the future of dubstep and bass music. Since then he has released another five albums and EP’s, several singles, toured all across the world, and worked with many other famous artists such as Skrillex, Diplo, Kaskade, and Zedd, as well as two collaborations with Bassnectar and two more with Diplo on his “Express Yourself” EP. Check out all these songs and many others in the playlist below. I know you wont be let down with his music!

Datsik stands at a point of transition with his recent EP “Darkstar”. It exemplifies a more mature Datsik, both in sound and in vision, as it sees the producer taking vast steps outside of dubstep/hip-hop and deeper into his ever-burning fondness for dark bass music. In essence, it is his love letter to the bass music genres and sees a full circle for Datsik as it combines the best of both worlds. From bedroom producer and hobbyist of producing music to the big stage and leading the way for the Dubstep of today and tomorrow. 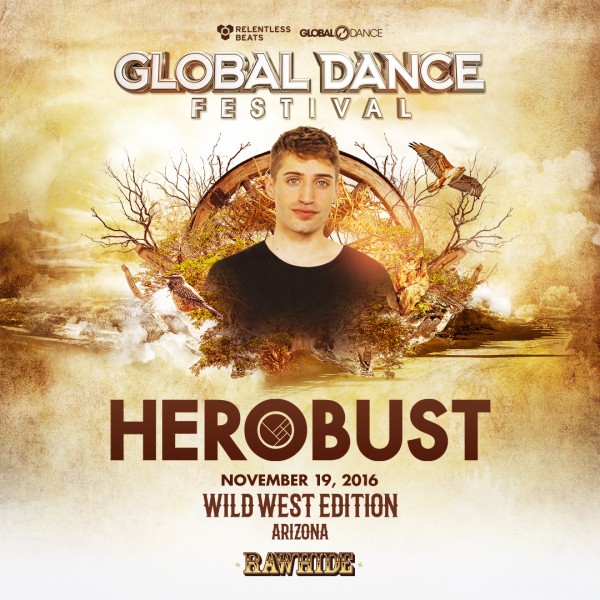 From his bedroom to sold-out shows, electronic producer Herobust rose to prominence alongside big basslines and hip-hop fusions, like crunk and trap, that focused on deep percussion and basslines that kick and punch like no other. Born Hayden Kramer in Atlanta, Georgia, Herobust started making music as a teenager, creating Dirty South-style rap instrumentals and hip-hop tracks. In 2011, he started recording under the name Herobust and his first LP, 2011’s Albumin, showcased his love of underground hip-hop and jazzy textures. He followed with a steady output of sounds in 2012: the downtempo Screw Loose EP and the chilled-out split LP Late Night and Morning After.

During the ensuing years, Herobust has released a series of singles, like “Turn Ape,” “Throw That,” “Sheknowshebad,” “Get Busted,” and “Party McFly,” as well as the Busted House EP. Lately he has been remixing songs like none other completely “busting” them up to blend with his funky yet electrified style. Some of his best remixes include “Broccoli” by D.R.A.M., Knife Party’s “Destroy Them With Lazers“, and “Street” by NGHTMRE. He’s also been all over the map as well being featured on Diplo and Friends Mix and headlining EDC NY last year. 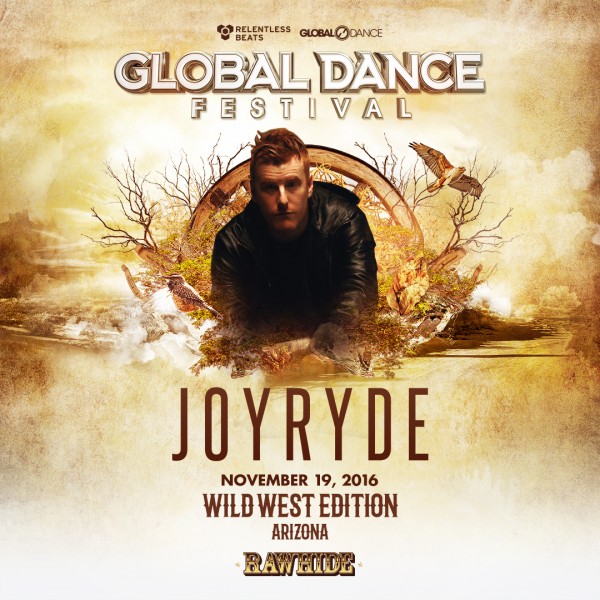 Hailing from Windsor, Ontario, overlooking the Detroit skyline, JOYRYDE was born and raised in Goa, India. He was brought up in the Psy trance scene when it had just started. He is an extremely underground DJ who refuses to tarnish his reputation by going mainstream. He is famous for his weekly underground radio shows on Pirate Radio and various channels on Sh0utcast, and his weekly podcast on iTunes and MyPodcast. He is known for not fitting the norm and getting away from it and settling down with underground minimal techno which is extremely Detroit influenced.

JOYRYDE is best known for his bass music these days as his description on his soundcloud states “For best results, Install sub woofer in vehicle.” Which isn’t a lie at all, this guy really makes those subwoofers woof at maximum volume. You can definitely tell there is a strong minimal feel in his music in combination with the hip-hop, house, and techno. He has even worked on tracks together with some big names like Rick Ross who is a huge name in hip-hop/rap. It almost makes you wonder if JOYRYDE has worked on some of the beats for Rick Ross’s tracks since they have an apparent relationship. 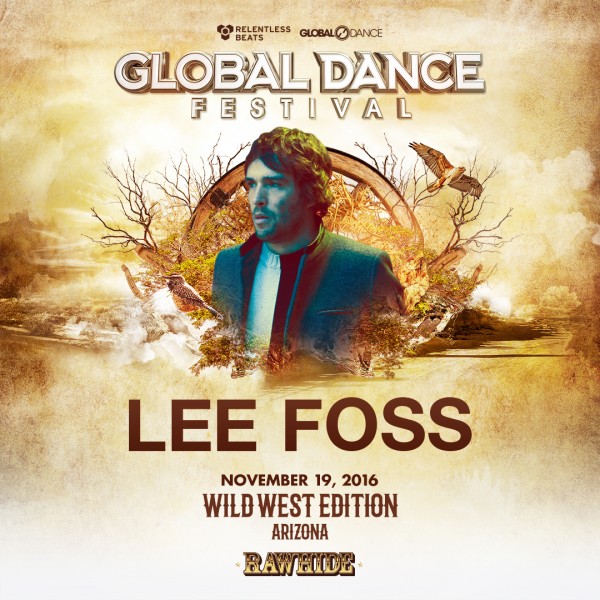 Few DJs have made such a dramatic impact on the underground house and techno scene over the last two years as Hot Creations label owner Lee Foss has done. Born and raised in Chicago, the birthplace of house, Lee’s rapid rise to prominence has been as much down to his unified but all-encompassing approach to DJing as it has to his pioneering take nu school house and synth-heavy techno. His unique sound, born out a lifelong love of classic house, 90s hip hop, 80s electro and Detroit techno, combined with fanatical grassroots support from clubbers in both Europe and North America, makes him one of the hottest and most popular DJs today.

The guy has also been known to bring out some vinyl every once and a while and start showing everybody how he can really get down on top of being one of the most avid producers on in the game right now. Just about two months ago, Lee dropped his newest track “The Gift” which features a smooth bass line and vocals that float over the top of the drum beat. A classic house track, Lee obviously knows what he is doing by demonstrating his productions skills as well as his DJ skills all over the world at anytime. 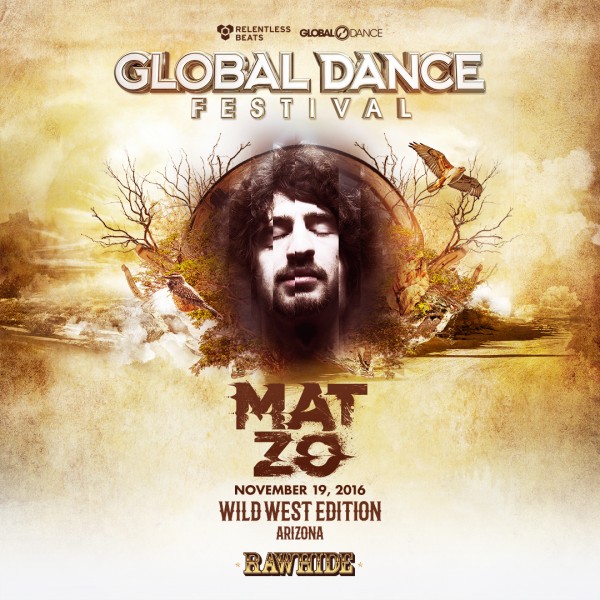 Born in London, England in 1990, electronic producer Mat Zo (Matan Zohar) was the youngest member of the Zo family and first picked up a musical instrument at the age of eight after his father gave him a guitar as a birthday present. In his mid-teens, however, his attention shifted toward electronic dance music, with acts such as Chemical Brothers and Daft Punk providing a significant influence. He then started to DJ spinning catchy trance and progressive house. He released his first single, “Exodus,” on a:LOUD Recordings at the age of 16. Soon enough, his productions were capturing the attention of established scene DJs such as Airwave, Andy Moor, and Markus Schultz, who would play his various outputs throughout the latter 2000s.

Today Mat Zo shows off his musical genius by blending styles of all music including dubstep and trance, to bring fresh new music to your hears that you have never and will never hear anywhere else. Another interesting fact besides his fusion of genres, hen not producing euphoric trance, Zohar records drum’n’bass under the second alias MRSA on Hospital Records. As he continues to produce every style and genre under the sun, he also has his ‘Zoned’ radio program which can be heard monthly on afterhours fm (ah.fm), and his guest mixes can be heard on numerous highly rated radio stations across the world. 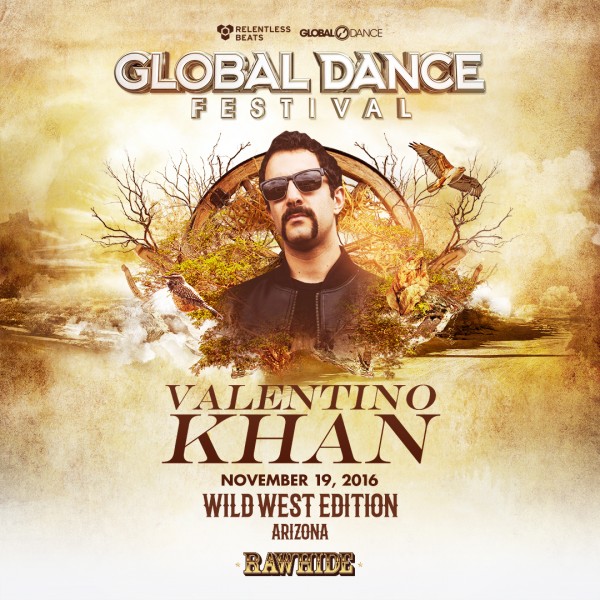 L.A.’s Valentino Khan is part A-list producer for the likes of Bruno Mars and Tyga, part EDM creator, with his fingers in everything from hardstyle to moombahton, and mostly mustache. Rarely are such versatile producers so good at, well, everything, but Valentino’s abilities consistently place him as one of the most uniquely minded studio junkies around. He burst onto the electronic dance music scene in 2011 through creating & producing all music for a project titled “Market Price.” His remix of the entire Watch The Throne album generated buzz & support from MTV, Mad Decent and other fixtures within the blogosphere.

His most famous song by far is easily “Deep Down Low” which was played at clubs all across when it first came out and actually was named as “Most played track by DJ’s in 2015” by the record label OWSLA and Sirius XM Radio’s Number 1 Song of 2015 on Atomic Area. He continues to push himself to this date especially in the hip-hop realm as he has produced music for multi-platinum hip hop artists B.o.B, T.I., and 2 Chainz to continue on the trend as well with Bruno Mars and Tyga.

I think its safe to say that the second announcement for this year’s Global is a massive one! Stay tuned because we still haven’t even gone through our local artists yet and who will win our Relentless Beats DJ Competition! If you want tickets can be bought right here and don’t forget to follow all of these artists on Social Media to stay up to date with new music and news!