Artist Spotlight: Keys N Krates – The Masters of Keeping it 100

In 2008, Keys N Krates set out to create a new take on the electronica experience. The Canadian Trio, composed of the three amazingly talented musicians, Adam Tune, David Matisse, and the award-winning turntable master Jr. Flo, was determined to find a new sound, and after six months in the studio, they did exactly that.

Blending the personal styles of the three artists resulted in a genius melting pot of hip-hop and electronic genres. Since the start of their career, they have played with artists including Skrillex, Zed’s Dead, Pretty Lights, Grandtheft, and more. Their success skyrocketed when they joined the live music scene, playing everything from Ultra Music Festival, Electric Forest, and Camp Bisco. They then became known for their unbeatably energized live sets. 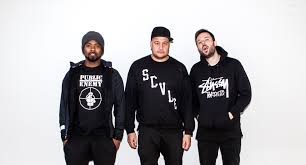 Keys N Krates have released handfuls of chart-topping tracks, including remixes of songs by Bassnectar, Diplo, Florence + The Machine, MGMT, and many more. But their fame doesn’t stop at just remixes, as they have also released a number of highly successful singles and an even more successful album.

Songs like “Dum Dee Dum” and “Keep It 100” have become anthems in the EDM world, and are usually squeezed into live sets to hype up the crowd in a matter of seconds. Last year, Keys N Krates joined us in Phoenix at Crush, and they blew us away. This year, we are lucky enough to have them back in the sunny state for this years’ Phoenix Lights Festival.

Phoenix Lights is only a few months away, and tickets are selling fast! To catch Keys N Krates play alongside a killer lineup, grab your tickets now!