One may recognize Pete Tong for his smashing Essential Selection mixes or his state of the art hosting reputation at BBC Radio 1. Whatever it may be, Tong has capitalized on his outgoing personality and passion for sound by curating countless music projects.

Recently, Pete Tong linked up with the Heritage Orchestra to produce the full-length album, Classic House. The Heritage Orchestra is a full ensemble out of East Sussex, England that consists of a woodwind, brass, strings, percussion, and rhythm section. Needless to say the album absolutely smashed it.

In the beginning of Classic House, Tong releases a spunky beat to alternate with the soothing sound of the orchestra. Throughout the entire production Tong and conductor Jules Barkley have a firm grip on the framework of the sound as the members of the orchestra add their important touch. Efforts of the album are distributed perfectly between Pete, conductor Jules Buckley, and each member of the orchestra to execute one of the finest modern music arrangements.

Classic House is an absolute pleasure to the ear, but that’s not all Pete Tong has to offer. He keeps the crowd marveling with his well-rehearsed mixes on BBC, The Lab, and more. From the beginning to the end of your day Tong’s mixes cater to your ear. His deep basslines and contradicting ingredients assemble well with any situation. 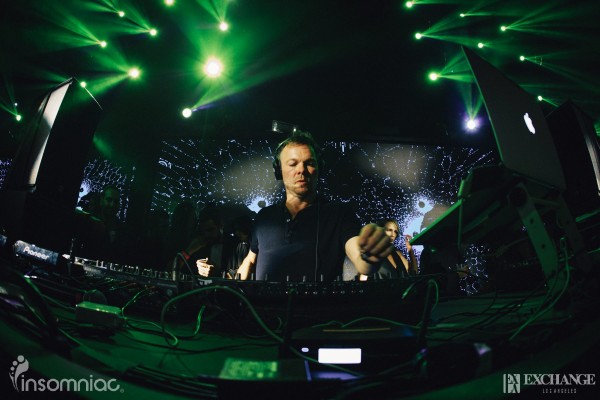 On top of his musical performances, Pete Tong is considered to be on one of the heaviest influences behind the scenes. He has been a resident on various radio shows and lends a hand with projects such as Channel Entertainment’s Evolution dance brand. Having the will to keep himself busy has given him great sense of respect from other musicians.

Even though he is originally from the United Kingdom he recently made his way into the United States where resides at clubs across the U.S. Catch him in Los Angeles, Las Vegas, or in Phoenix when he stops by for Phoenix Lights 2017. Tong is just one of the well-rehearsed musicians packed on the lineup. Purchase tickets before the prices rise and join the event page.