PAZ is easily one of the coolest guys in EDM. He’s eclectic in both his music and hobbies, with his interests including, “Tennis elbow, fist pumping, Christopher Walken, electricity, rickshaws, gambling on and promoting arm wrestling matches, slippery slopes, parallel parking and prefacing statements with the phrase ‘I’ll tell you what'” just to name a few. His fan base is growing at an exponential rate, especially since his knock-out EDC set this past summer. We’re absolutely eccstatic to see what he brings to The Valley this New Years, so we asked him a few questions and got the run-down. Check it out! 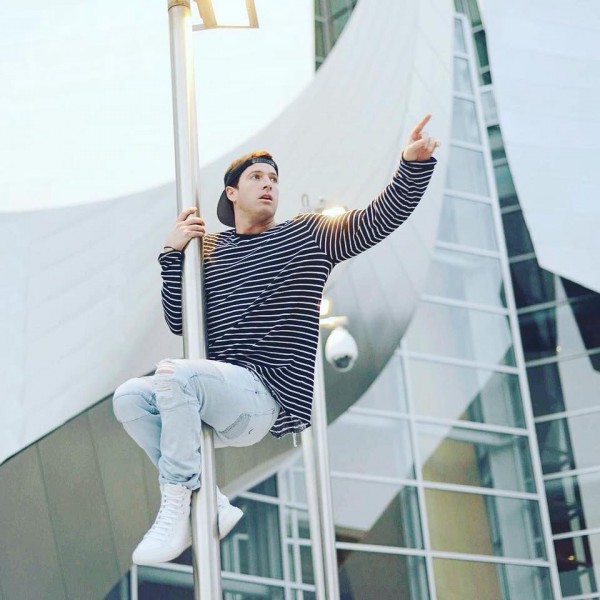 You’ve built your reputation with your killer trap remixes, but recent tracks lead me to believe you’re experimenting with your sound. What are your musical influences outside of trap?

Everything from hardstyle to Selena Gomez honestly. My playlists look like a cross between a 12-year-old and a mental patient. Its like — Gammer, Sam Hunt, the Kim Possible theme song, Sublime, an Avril bop. I have serious musical ADD and I think that comes out in my sets. I probably put 1000 hours of work into every set I make. I want the 60 minutes you spend with me to be insane and exciting all the way through. If you don’t yell and grab your friends like 10 times I haven’t done my job.

Your not so subtle obsession with tacos is something I, and many others I’m sure, can relate to. “Taco bae” unites us all. Describe a perfect taco.

One of my favorites is Nicks in San Francisco. Its a grilled crispy taco wrapped in a warm flour tortilla with a thin layer of gooey cheese in between, capped with a perfect dollop of fresh guac and cool pico. It’s the size of a baby’s head. I cry just a little thinking about it. They’re served from the back counter of an old restaurant that turns into a salsa club at night. They only take cash and I’m convinced the whole operation is a money laundering front for the Cuban mob but that’s just speculation.

I always love the captions you come up with for your show announcements. Decadence for example, “You. Me. Zedd dressed like Santa Claus singing jingle bells in German. All you can eat glazed ham. 20 Russian models named Svetlana chicken fighting in an infinity pool full of eggnog. Who’s coming with me?” What the story behind these hilarious scenarios? Have you always been the ‘funny guy’? It seems very fitting!

I think that just came from me seeing so many boring club flyers that I never wanted to post like “Hey I’m playing at 7 pm on Saturday.” That’s boring af. So I started thinking, what’s the most outrageous situation that could go down at this show, and now I’ll describe it for you. When I eventually have a Zedd-size show budget there will actually be infinity pools full of eggnog and all you can eat glazed ham cause those should be things. That stuff is fun. Dance music should be fun.

People who hate on others for the music they like need to stay in 2017 and never come back. Lately, I’ve been seeing a lot of “Ahh you’re a fake fan! You can’t headbang to excision if you cry to illenium.” And its like, no dude, you totally can. You should. Having a spectrum of music wide enough that lets you to do both is part of what makes EDM culture so awesome. It’s beautiful that you can go to a rave and rage to Kayzo, sing your lungs out with Zedd, and get feels with Porter all in the same night. There shouldn’t be a “you must be this hardcore to listen to this music” test. That’s dumb. But on a positive note, I love the creativity DJ’s are starting to put into their live sets. Sets are really becoming more like fluid performances and less like “here are 30 songs I smashed together.” I hope we all just keep pushing each other forward in 2018.

We’re just weeks away from Decadence now. What do you plan to bring to the desert for your AZ fans? We can’t wait to have ya! 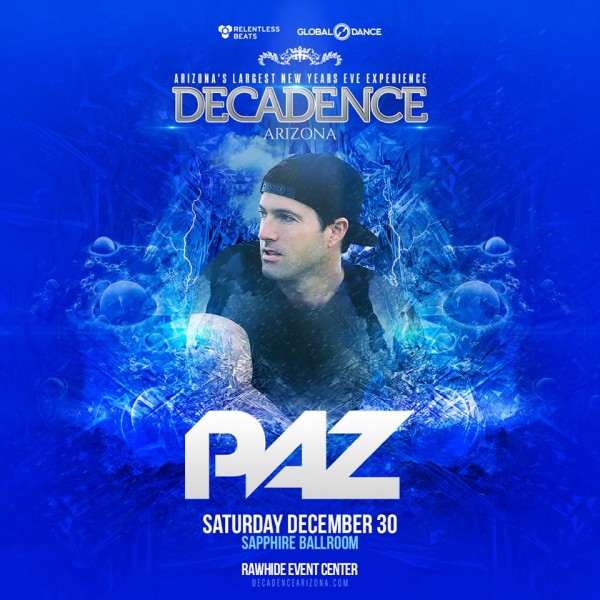 If there was ever a set to catch, this one will be it. You can see PAZ perform on Saturday, December 30th at Decadence AZ. Get more info and grab tickets here.