Before all the fame and success, Travis Scott was a regular guy from Missouri City, Texas, playing sports, acting in a local theater troupe, and fighting with his father. Now, Travis Scott is a commercially certified, critically acclaimed artist with a wild stage show.

He was a musically inclined performer with a maniacal work ethic willing to take risks to make a name for himself. He grew up playing drums and the piano. He was so into music that he sacrificed his bed to make room in his “studio.” It was in college when Scott decided he was going make full-time time gig. He eventually moved to New York City to pursue music. He was living the struggling musician lifestyle sleeping in cars, recording music, and connecting with people in the industry. It all paid off. 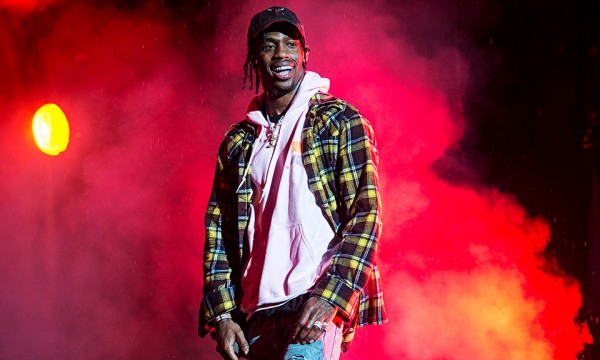 Travis gained traction when his track “Lights (Love Sick)” caught the attention of Kanye West and T.I. He got a production deal with Kanye working on Cruel Summer and Yeezus. It was right before Yeezus dropped that Travis would release his first mixtape called Owl Pharoah. It showcased Travis’ production style and featured a plethora of talent. The next year he released Days Before Rodeo, which also fared well critically. One reviewer saw the promise Travis possessed and predicted great things for the relatively new artist. “It wouldn’t be a stretch to say Travis Scott could be at the forefront for a new generation of hip-hop that has their eyes on the bigger picture,” said Jacob Roy of thefourohfive.com, an online magazine.

In 2015 Travis released the album that would make him famous–Rodeo–which would hit number 1 on the rap charts and number 3 on Billboard. Rodeo was filled with nothing but bangers but “Antidote,” “3500,” and “Piss On Your Grave” were standouts. A year later, Travis dropped Birds in the Trap Sing McKnight, which debuted at number 1 on the Billboard chart. The singles on it were some of Scott’s best tracks to date and helped him reach the forefront of rap he seemed to be destined to reach. You know the ones I’m talking about.. “Goosebumps” and “Pick Up the Phone” showcase Travis’ emotive, yet turnt up style.

Travis Scott has also become known for a wild live show, that has actually resulted in run-ins with the cops! In May 2017, after a show in Rogers, Arkansas, Travis was arrested on charges of inciting a riot for encouraging fans to rush the stage. The charges would later be dismissed, but what we can’t dismiss is the incredibly energetic, raucous live shows and mad hits he has made Travis Scott’s career.

Check out Travis Scott at Phoenix Lights on April 7 and see what we mean. Grab tickets here.