It’s 12 AM on Thursday night and our car is shaking with excitement as we find our RV spot amongst graffitied car windows and flowing festival flags. We had finally made it. It was amazing how much energy we had after waiting in line for hours. That’s not a millennial white girl exaggeration; it was 8 hours of stop and go traffic. You would think this would…I don’t know…put a damper on day one, but in hindsight, I think all of Camp EDC agrees it was well worth the experience and we appreciate Insomniac’s thorough car searches and dedication to safety. In fact, once we were inside, all our cares (including the long wait time) started to slip away. 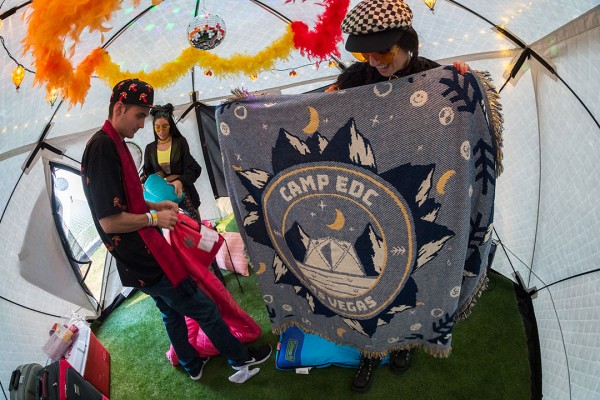 We dropped our bags, filled our solo cups, and ventured towards the booming bass that reverberated ahead. EDC 18’ had officially commenced! Walking through the campgrounds was like diving into a box of chocolates–one sweet surprise after the next. Upon the miles of artificial grass(which is way better than dead grass) sat a world of wonderment. There was not one, not two, but FOUR pools ideally placed next to the Camp EDC stage which at the time was taken over by G Jones and Habstrakt. Even the lifeguards were twerking. Close by was the food court, but this wasn’t your average festival food vendor lineup. They brought in food trucks that would make Gordon Ramsey weak in the knees. Afters ice cream, Donut Bar, Voodoo Pizza, The Lovely Cup, and a place that had vegan tacos that would make the most devout carnivore switch teams. Let’s just say if it wasn’t for all that walking I’d be in trouble this swimsuit season. 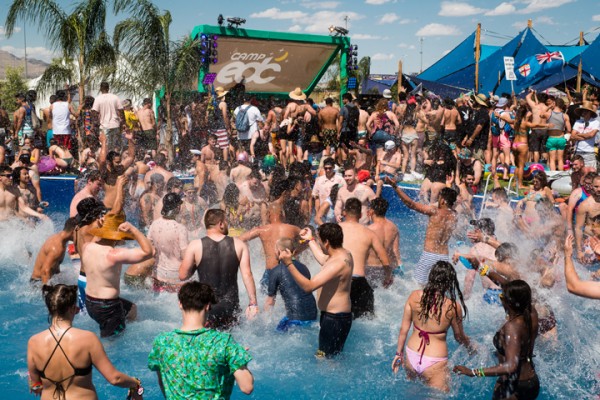 We skipped onward to the Do LaB looking tents that provided much more than shade. For those who weren’t sleeping till 4 PM, there were a plethora of activities to keep campers entertained till the sun went down. Goat yoga? Yup, that was there. Standup comedy to nurse your hanger over? Why not. A chakra aligning seminar? CHECK! They really thought of it all.

If you haven’t gotten the metal picture by now, let me push this image into your head; Camp EDC was a festival inside the festival itself. I’ve camped at festivals before, but they all hail in comparison. I’ve never had Brownies & Lemonade, Insomniac, and Space Yacht host live sets at another festival campsite, have you? 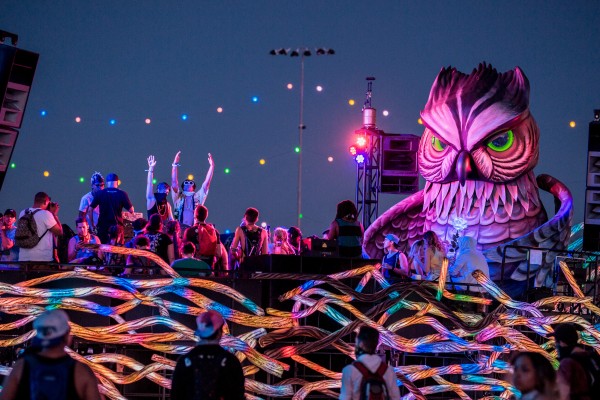 To sum it up, I have nothing but love and gleaming praises for Camp EDC and the team who made it all happen. Thank you Insomniac, all of us at RB are looking forward to what’s in store for next year!