Relentless Beats and UK Thursdays present Zomboy at Monarch Theatre in Downtown Phoenix on Thursday, August 29, 2013 part of RB’s Labor Day Weekend 2013 series.Experience BASS on 30,000 watts of PK Sound! This is an 18+ show.

Originally from a background of more traditional sound engineering, running his own recording studio, recording bands, artists, and gaining a following in America with his solo project “Place Your Bet$”, it was when he moved to Guildford, UK to study a degree in Music production at the ACM that Zomboy discovered a new love for electronic music. Zomboy sites influences such as Skrillex, Reso, Rusko, and Bare Noize as the reason he wanted to dominate the dubstep scene. Read more…

RSVP to the event on Facebook and buy tickets with the links above. For reservations information, email vip@relentlessbeats.com. Learn more about Zomboy. Join our text list by filling out the form in the upper right of this page or texting RB VIP to 88202. 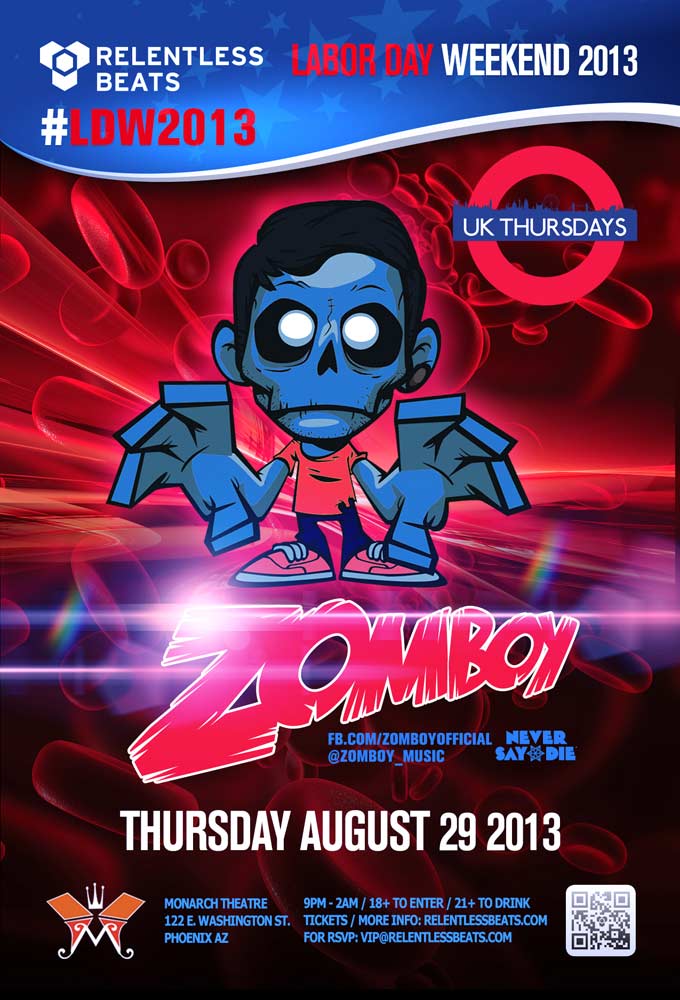