After living in Melbourne, Australia for four months, I easily compared and contrasted the electronic music scene to ours in America. Australia’s culture is easily compared to America’s, but there are countless minor differences I noticed. In terms of the edm culture, which genres are preferred, where artists perform, and their festival scene all differed to those in the U.S.

Heavy bass is what I desire, so I favor dubstep and trap over other genres. When searching for clubs and events to go to, my friends and I would end up finding a lot of places that played what sounded like hits of 2003. Other than that, genres usually consisted of trance and other low-temp styles.

Of course, my fellow bass-seeking homegirl and I would seek out our favorite artists that landed in Melbourne for shows. We met at Datsik then checked in to see Borgore, Jauz, Mija, UZ, and Brillz together on different occasions. These artists weren’t bringing more than a couple hundred people at most!

To my surprise, many of the artists I caught performed strictly at night clubs. In America, these artists would have sold out larger scale venues. Both Borgore and Brillz set a record low for number of attendees that I have ever seen. During Brillz, there couldn’t have been more than 50 people, and that’s being generous. So with that being said, most of the electronic events I experienced were very underground.

The low attendance wasn’t because these artists are not talented performers, it was more so in result of interest in genres or exposure to their music. You do not come across many bass lovers down under. Bass music may be on the rise, but it has not been tapped for its full potential in Australia. This differs from American electronic music culture considering the rise in popularity of heavy music.

Also on the rise in America are the multiple day and night music festivals which are based off of electronic music; Electric Daisy Carnival, Electric Forest, and Nocturnal Wonderland just to name a few. In Australia, many festivals have been shut down or postponed. Big Day Out, one of their massive events, has been cancelled with no plans to return. Also, the Harvest Festival, Pyramid Rock, Peats Ridge Festival, and Sydney’s Playground Weekender have also came to an end. 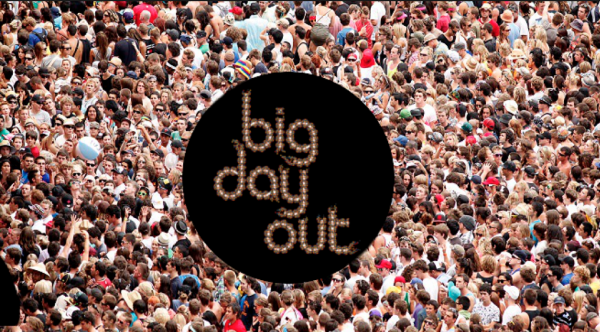 Whether Australia’s festival scene will rise again is still questionable. Since festivals are becoming more of a fad in America, maybe they will in AUS as well. I had an all-around positive experience partying down under, but I hope I’ll be able to experience a festival next time around.