RB Exclusive Interview: Arizona Has a Crush on Bardz

SoCal native Tyler Bardzilowksi, AKA Bardz, has been crushing the Arizona music scene as of late. With back to back music releases already this year and appearances at Goldrush and Decadence in the last few months, Tyler is proving his music career only gets sweeter with age. He takes future bass and transforms it into his own powerful and emotive sound, something that is not simple to do in a genre that is constantly flooded with new music. I’m in awe and in love with his music, so after his set at Crush AZ this past Valentine’s Day weekend, Bardz and I sat down (on a plush red loveseat very fitting for the holiday) to talk about his sound and inspirations. 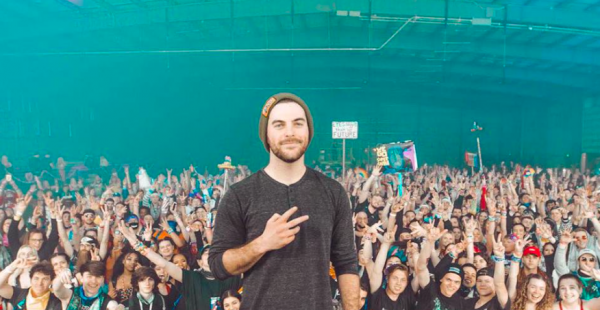 I really admire your song “I’m Tired” with Cat Spare for its emotional rawness and for the way you touched on mental health when you tweeted about its release. Tell us a little bit more about the process of working with Cat Spare on the track.

When I originally wrote the track I didn’t have a topline planned or any lyrics. But when I was writing it, it was one of the few times I was producing electronic music and I felt the motion come through with it. I’m initially a singer/songwriter with acoustic guitar background and I felt that come through in the production. We really wanted to get a singer on it, so we shot the track around and Cat reached out. I loved her voice, and as we started talking about the theme of the song we both said it feels like it should be promoting mental health, and we both came to that agreement. We both have a background with that and know people personally that have been really affected by it, so she came out to Arizona and we wrote it in maybe an hour or two. We hit the studio the very next day and it kind of just came together. I really wanted to make it an honest interpretation, and I know she did too, and I hope we did it justice. I wanted the meaning to be more important than the song.

Your first remix was uploaded on SoundCloud only a year ago. How do you think you’ve grown since then?

I think the Arizona community and the Southern California community where I’m initially from have been hugely helpful. When I first had a chance to start playing shows out here I wanted to make sure I did it live in the beginning, because I have a background with instruments and I’m a musician first. I feel like people just really gave me that platform, and everyone’s been so great coming out to the shows and giving me really great feedback and just pushing me forward. So I would say it’s probably been the craziest year of my life.

Your latest track “Movement” oozes euphoria and feel-good vibes, perfect in time for Valentine’s Day! Can you talk about a bit more about it?

I started that track about the same time I started “I’m Tired” and it definitely had a different vibe. I wanted to table it until I finished “I’m Tired;” I didn’t want to work between them because they definitely pulled from different parts of me. I played “Movement” for the first time when I played Goldrush last year and it’s changed a lot since then, but I feel like it pushes toward the heavier side of my music which I don’t really touch on too much. I’m really happy with how it came together, it doesn’t have any guitar in it, not too many instruments to play, which is pure production and I’m really happy with how it turned out. 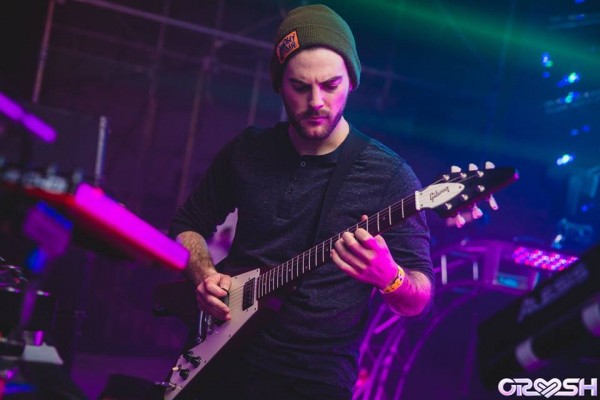 The way music is changing, with streaming taking the forefront everything, is becoming cool again, like you can make it your own. Blending genres, I think, is just going to be a normal thing. I feel like future bass has become a catch-all for anything that isn’t traditionally already in a box from months or years past. I mean, electronic music moves so fast that you can say that midtempo is the new wave, but I feel like [it’s about] taking your sound and just putting your own spin on it. I pull inspiration from Pink Floyd, and I try and revisit anything prior to the 80s 70s just to get back to my roots and see if I can influence that and make it into modern music. [That] keeps me grounded, and I don’t get caught away with whatever seems to be popular. My dad took me to a show when I was 10 or 11 to see a rock band, The Scorpions, and ever since then I’ve been diving into his whole leather-cracked CD binder and that’s how it all started. But it’s all rooted in the 60s 70s 80s so that’s where the guitar came from, and I wanted to make sure that I was paying homage to that.

Being in Arizona definitely gives you an advantage of playing local shows, but are there any other festivals you’d like to play soon?

I really resonate with the Lightning in a Bottle, Shambhala, and Coachella brands. My music is better fit there sometimes. I also don’t want to put it in a box. “Movement” is a lot different from “I’m Tired” but I don’t ever wanna say I’d play certain festivals to lock it in. Going to those festivals as a patron and working them – I used to work in ticketing a little bit – you see a lot of the sides of things and you get a different sort of expression from the crowd. You can get a lot more intimate sometimes with those smaller festivals, and smaller productions put more into the art and the entire concept and the focus is a little bit different. I feel like it exaggerates the music in a different way, I feel like every festival can exaggerate the music in a good way, it’s just a different way.

What are your goals and plans for the rest of 2019?

My goal is to release music as often as possible. I want to say that I can do that every month or every other month from here on out, but I really want to just put it out there and show people what I’ve been working on. “I’m Tired” and “Movement” started about a year ago, and I have a lot of stuff that’s finished and I just want people to be able to hear it. So I want to find a right home for the music and build it consciously and hopefully do it the right way to where it seems like an honest expression. I don’t want to just throw it out there but I don’t want to wait too long, I guess.

Anything else you wanna say to the AZ fam?

I love you guys so much. I’ve always been a musician and I’m finally getting that platform aside from a high school talent show. That’s been my dream, to play music, and I’ve been making music in my room for as long as I can remember. To have the support and the core group down here that makes it possible, wears the t-shirts, comes out early, and reposts on social media – all those things just go a really long way and I love you guys.