Tickets go on sale now. Follow the Buy Tickets link to the right.

Get ready for one of the biggest events to kick off 2012! This January, Relentless Beats is bringing you AVICII and the House for Hunger tour to Downtown Phoenix. After an incredible 2010 and 2011–with worldwide hit singles like Bromance and My Feelings For You plus hit remixes of Tiësto, Robyn, David Guetta, and Bob Sinclar–Avicii is set to bring another fantastic performance to the valley even bigger than 2011’s Glowfest at Mesa Amphitheater.

In partnership with At Night, Feeding America, and Ash Alliance, the House for Hunger tour is visiting 25 cities in a nationwide tour to raise awareness for starvation in the US. With the proceeds from the tour, $1 million will be donated to the less fortunate through Feeding America, a hunger-relief charity providing aid to over 37 million Americans.

RSVP to the event on Facebook and buy tickets with the links on the right. Learn more about AVICII here. Join our text list by filling out the form in the upper right of this page or  texting RBVIP to 545-454.

As a manager and executive producer for world class music acts, I am frequently traveling the globe.  During my many visits to the US, I was shocked to discover that in “the land of prosperity” there are millions of people who go hungry every day. It was simply staggering, especially to a European who grew up hearing about America as the land of wealth and plenty. I do a lot of business in the United States and felt compelled to do something that would make a big impact on people’s lives.  At the same time, I wanted to ensure that our objectives were being met and the money was going directly to the cause.  I didn’t want to just sign a check or do a one-off event.

I eventually came up with the idea of a massive charity tour that would both engage people of all ages as well as generate enough moneyfor the donation to effect as many people as possible. Thus, the One Million Dollar Tour for Hunger was born – aka House (Music) forHunger with the goal of using music to bring people together to give back as well as educate and mobilize the younger generation who might not be aware or inclined to act. In the process I also want to educate people of what our music is really about – love, unity and happiness.

To put it lightly, what Avicii and his manager Ash has managed to achieve in just a few years is truly astonishing. Commencing his dizzying journey at the tender age of 18, the self-taught, fresh-faced Swedish luminary has unquestionably amassed greater success before turning 22 … Read More 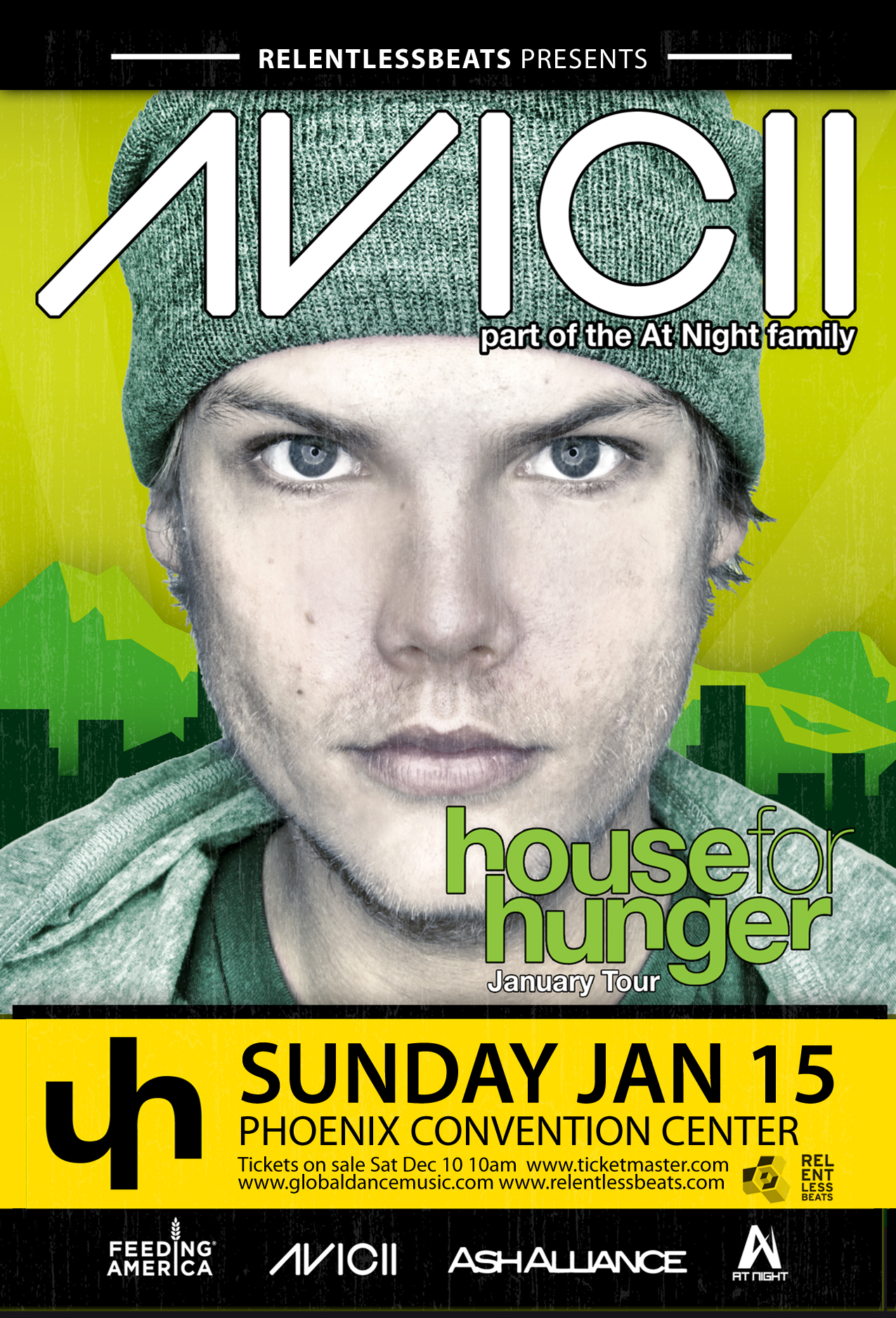