Over the past year, Lorin Ashton, aka Bassnectar, has sold out Madison Square Garden and topped Billboard‘s Top Dance/Electronic Albums Chart with recent mixtape Into the Sun, all without the backing of a major label. In performance, the tireless touring artist is nothing but a force of nature. Commanding the same cult following as legendary jam bands, his shows are relentless rituals to which ‘Basshead’ fans flock early, clutching handmade totems bearing his shamanic ‘Bassdrop’ symbol. 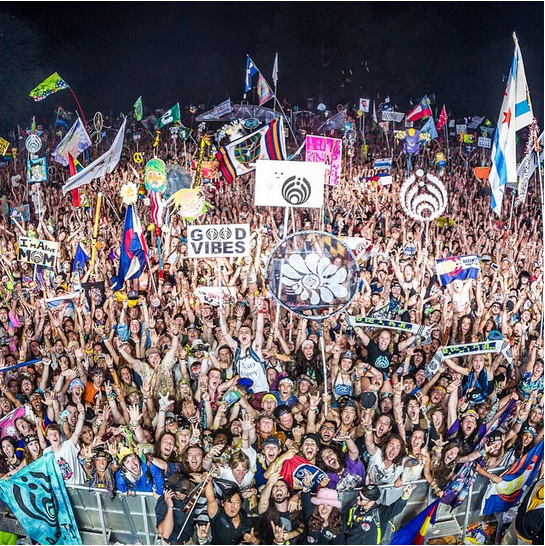 Ashton recently spoke with the Star Tribune, sharing his feelings about the categorization of music, EDM, and the death of dubstep. Although he may not be too happy with those subjects, he had very positive things to say about Summer Set Festival, which he just headlined this past weekend. He praised the festival’s eclectic lineup, and communicated a rather negative attitude towards the labels that confine and suffocate the integrity and distinctiveness of the music he makes. Expressing an obvious disdain for the compartmentalization of music in today’s electronic world, he is particularly sick of his music being called electronic.

The fourth annual psychedelic dance fest called Summer Set Music Festival in Wisconsin took place this past weekend featuring Deadmau5, The Weeknd, Big Gigantic, Earl Sweatshirt, Purity Ring, Die Antwoord and more. One reason Ashton liked Summer Set so much is because “it doesn’t speak in musical codes” — meaning it books hip-hop, indie-rock and jam bands in addition to EDM stars like himself. “It’s a formula that really reflects the way people consume music today, mixing and matching a wide variety of songs and genres, and making up diverse playlists. Everything’s not broken up and narrowed into categories.”, says Bassnectar about the festival.

Even though it is within the world of EDM that he thrives, Bassnectar has always set himself apart from it. What he’s saying is correct as a whole, its pretty obvious that EDM has skyrocketed over the years. And as Lorin sees it, EDM will continue to grow, with its many subgenres flourshing and moving at their own pace. He had some very interesting and opinionated commentary on dubstep, and the future of electronic dance music:

“Dubstep obviously is already a thing of the past. This new wave of shoegazer, hipster brand of dance music that’s popular this year — which I think is boring as hell — will soon be a thing of the past. New terms and styles will emerge. But the broader brand of electronically enhanced dance music — which I just think of in my heart as just music — will always have an audience.”

Considering Bassnectar’s presence in the bass music community, this is discouraging news for dubstep producers. But people claim the deaths of genres all the time that aren’t really dead, only passed up by the rise of another genre. For example, Trap and Moombahton have been zombies in the industry forever, and look at them now.

Star Tribune asks Lorin if the increased size of crowds he performs for changes his approach in the studio, and his response was: “As far back as I can remember, I’ve never played a DJ set and felt like it could’ve been bigger. I remember in 2001, my friends asked me, “Wow you’ve made it… how does it feel to play 300 person clubs?” At that point it was a 300 person club with 500 people hanging off the ceilings, and it was at max capacity. I’ve managed to stay at max capacity from small to large, and it really doesn’t feel much different now. Although I can look at a picture, the energy contained within a condensed space is the same.When I’m working on music, it most certainly is created for that event or for that ritual. It’s not so often created for a listening environment, though it can be applied there. I’m like a kid in a candy store. I have this amazing, unbelievable waking dream that I can make a song and play it for 30,000 people. I can experiment, try it out, realize it’s a failure, or realize that it’s not. That feedback loop is insane.”It’s nice to see such a contrast between the fact that he does consider the event he will be playing at, but the energy remains the same.

He talks about this energy and his fans saying that he is “just so proud of them, and in awe of them. I don’t feel any kind of glam or glory about it… it makes me feel shy. It is awesome to see such a high level of enthusiasm and interactive engagement with people who are claiming something as their own, making it their own and really feeling it. People who pay such deep attention to detail. I pay horrendous attention to detail, so to have other people pay that attention is really neat and inspiring. I felt so annoyed, if not alienated, by mainstream pop music my whole life. If anything just has that “we aim to please’ feeling” — big names, big fashion, marketing campaigns, big hooks you can tell were written in a board meeting — it feels dishonest and uninteresting. What I love most about the fan base is that they’re really supportive of me as an artist and they really support me exploring the directions that I want to go. It feels kind of like a relationship, because I’m working off of them and I’m also serving them. It’s just an incredible feedback loop. You can’t really walk off stage after 30,000 people just flipped their lids and not be humbled and be in awe.” 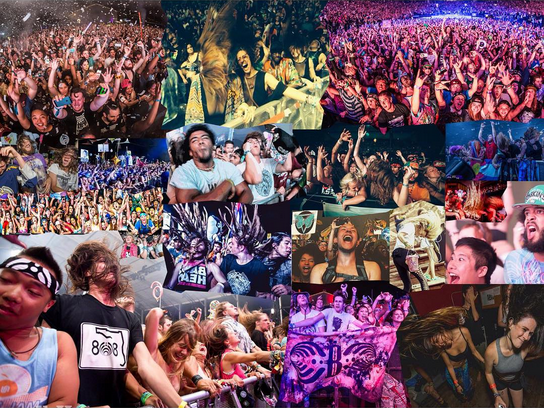 Star Tibune then asks Bassnectar what’s next for him after releasing numerous mixtapes and albums, and he says –  “I thought I was taking it easy this year because we’re not doing anything like a dedicated road tour. The problem is that a lot of festivals haven’t been announced yet, and the schedule is f—ing insane. I just found out that I’m playing on the same lineup as Paul McCartney and Metallica at Lollapalooza. I just got booked to do Jay Z’s [Made in America], playing right before Beyoncé. I’m kind of pinching myself. It’s this feeling of explosive vastness, and I’m just kind of holding on.”

Wether Bassnectar is right or wrong about the death of dubsteb, it’s clear that he will continue to stick to his roots when it comes to creating music. To him, the size of the crowd in front of him doesn’t matter, as long as it’s jam packed and sold out the energy is just as good every time. His dedication to steer from the norm and be his own figure is obvious and leaves bassheads everywhere hopefully holding on with him through his wild ride.