This possible [and probable] HARD Day of the Dead lineup is TOO GOOD! Characteristic of the hand-picked top-notch talent that Gary Richards [DESTRUCTO] fills his events with, I’d say this is the most accurate depiction of who will be at this years Halloween festival! 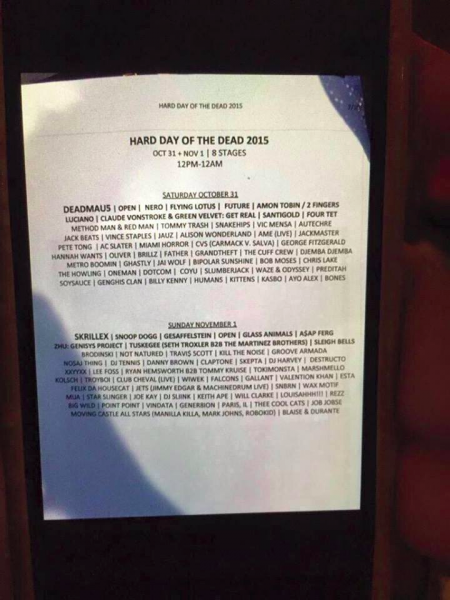 Could this be the Marshmello revealing that we’ve all been waiting for? Marshmello has been very vocal on Twitter in regards to some “surprise” that he has with HARD – are they ready for our surprise? He may have tricked us into thinking he was HARD Summer‘s secret guest, but I have a sneaking suspicion that his REAL secret is the plan to finally reveal his identity at HARD Day of the Dead, much like Zhu.

Speaking of Zhu, somewhere hidden amongst this star-studded lineup we see “Zhu: GENESYS PROJECT” – what the heck is that? We can only speculate to what this could possibly be, seeing this is the first we hear from the mysterious producer since his last BBC Radio 1 Mix released 2 months ago, containing several brand new tracks. 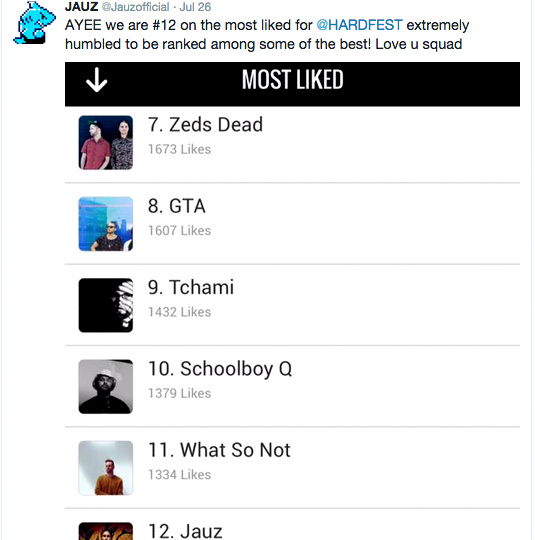 JAUZ was humbled by the fact that he was ranked number 12 amongst the talent on this year’s HARD Summer roster. His set resembled this, as he blasted through an epic set filled with brand new original tracks including a VIP of “Rock The Party” done by him and B-sides. One can only imagine what he will bring to HARD Day of the Dead because this young shark gets better every time.

Could the French techno producer be done with his “break” and making a return to the scene at Day of the Dead? If this is true, it would be the artist’s first appearance since Coachella, when he said he was “taking an extended break.” The artist hasn’t posted anything through his Soundcloud since over a year ago, but if he really is playing Day of the Dead, one could hope that this will change VERY soon.

NERO will always hold a special place in my heart after last year at HARD Summer. It was about time for their closing set, day two of the festival and I told my friends I would meet them at our meeting spot at the end of the set, but right now, I need to be upfront, in the crowd for this – later. I ran off and met this tall guy who asks me, “Want to get to the front?” I said, “Hell yeah!” He grabbed my hand and we proceeded to make our way through the crowd to the very front gate; this guy was RELENTLESS! Out of pure determination we make it, and NERO is already killing it. He asks me if I want to go on his shoulders and I again say, “Hell yeah!” Remember I have my diffraction glasses in my rave backpack, I quickly grab them, put them on, and climb atop his shoulders. Now let me say this, being on top of someone’s shoulders ANYWHERE near the front of a crowd, is easily one of my top five favorite things to do. As I’m clearly loving life with a huge freaking smile on my face, I bob up and down dancing, as he also dances, staring at this incredible light show that just complements the music so sweetly. Later on after the show, my friends told me that they looked up during NERO’s set and saw me on video, doing exactly what I just said. This set was even better than the first time I was mind blown by their set in 2013 at HARD Day of the Dead [the year Skrillex was performing in the giant pumpkin]. I’m getting a case of THE FEELS just now thinking about it!