The first night of Wasteland hit LA with a boom that promised to echo into day two’s conclusion of the North American Hardstyle massive.

Within the first hour the Hollywood Palladium was crushed with over 3,000 fans herding to the music. Max Enforcer took Day 1 by the Go Daddies and tossed the crowd straight into party mode.

Later that night the Australian duo Bioweapon stepped up to the decks bringing us a versatile set from Raw to Euphoric Hardstyle. Ravers traveled all the way from Australia to see the duo, as this was their first performance together in years.

Notorious Two closed out day one with their first official heist. The Bonnie and Clyde of Hardstyle brought out a fun unique act that was different from your run of the mill Hardstyle sets… You just had to be there to really get it. 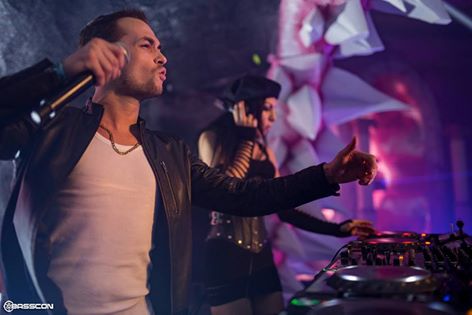 Via the BPM Boost Facebook we pleaded “Keep your eyes peeled for all of your favorite artists as they are hiding in the crowd in plain sight ready to meet their loyal fans. You’re not out of the Wasteland just yet. Persevere through the bass, dance through the night and move to the very last kick.”

The entire roster of artist that were set to perform both nights didn’t hide away from their fans in the green room. No, instead they jumped in the crowd and partied just like anyone else would. The fans were ecstatic about every encounter!

Day two, Da Tweekaz played probably my favorite set of the weekend. Dropping Ducky Style, throwing rubber duckies to the crowd. Interacting and playing with their fans throughout the entire set. These Norwegians were IN TUNE with the crowd. 10 out of 10 would see them again and again and again. 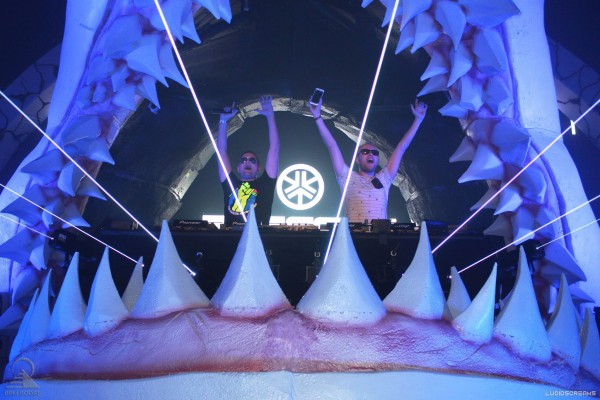 Code Black played for his very first time ever in the United States! The laser light show mixed with his beautiful melodic music literally brought tears to people’s eyes. It was an incredible sight to see. A lot of music brings emotions to you, but Code Black will literally dump them on you. An amazing guy, I hope to see him again at EDC LV.

Closing out day two was Dj Gammer, a UK Hardcore DJ. Everyone was pretty curious as to how his up-tune music was going to fit into the Basscon sound. Especially considering that he was playing right after Digital Punk, who had just thrown down an intense 180+ BPM DARK Rawstyle / Hardcore set. Well, Gammer showed that night that he not only knows how to play for his fans, but also how to take the energy of a crowd and end a party with a bang!

Gammer teetered the line between the UK Hardcore and its Dutch brother, creating an interesting sound. Later after scratching like a true pro he took the crowd into a different direction. While in L.A. Gammer had been working in the studio with Kayzo and Skellism and you could tell their taste rubbed off on him, as he threw down some Trapstyle that got the L.A. crowd rocking.

Overall the event was riveting, a huge success! Which is good news for Hardstyle fans as Insomniac will be a little less gun shy throwing Hard Dance events in the future.

Expect the next Basscon to be bigger and badder than ever before.

For more on Hard Dance Music connect with BPM Boost.